Are you ready for some football?!? 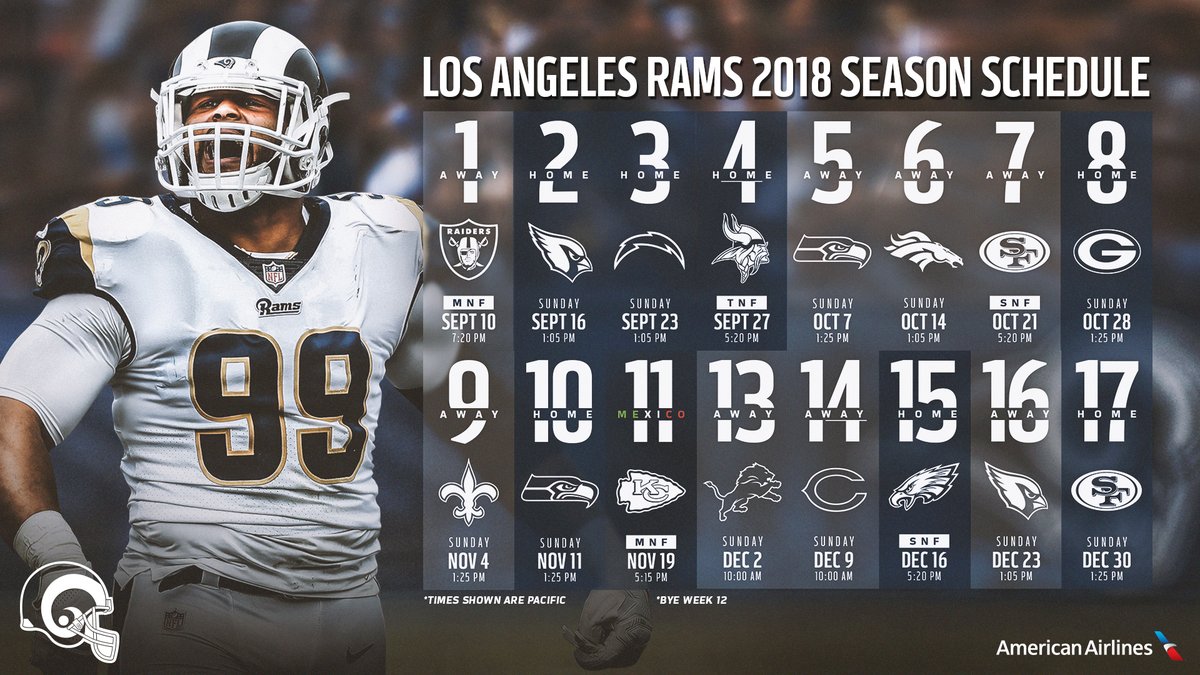 The draft is around the corner, and today the NFL schedules have officially been released!

Here are some highlights of the schedule to get exited about:

– Out first three games, Raiders, Chargers, and Cardinals all have  tradional connection/rivalry with the Rams

– We only play two early games and they both come immediately following the bye (Week 13 in Detroit, and Week 14 in Chicago)

– September 10th is only a few months away!

Could the Rams Trade Next Years First Round Pick?