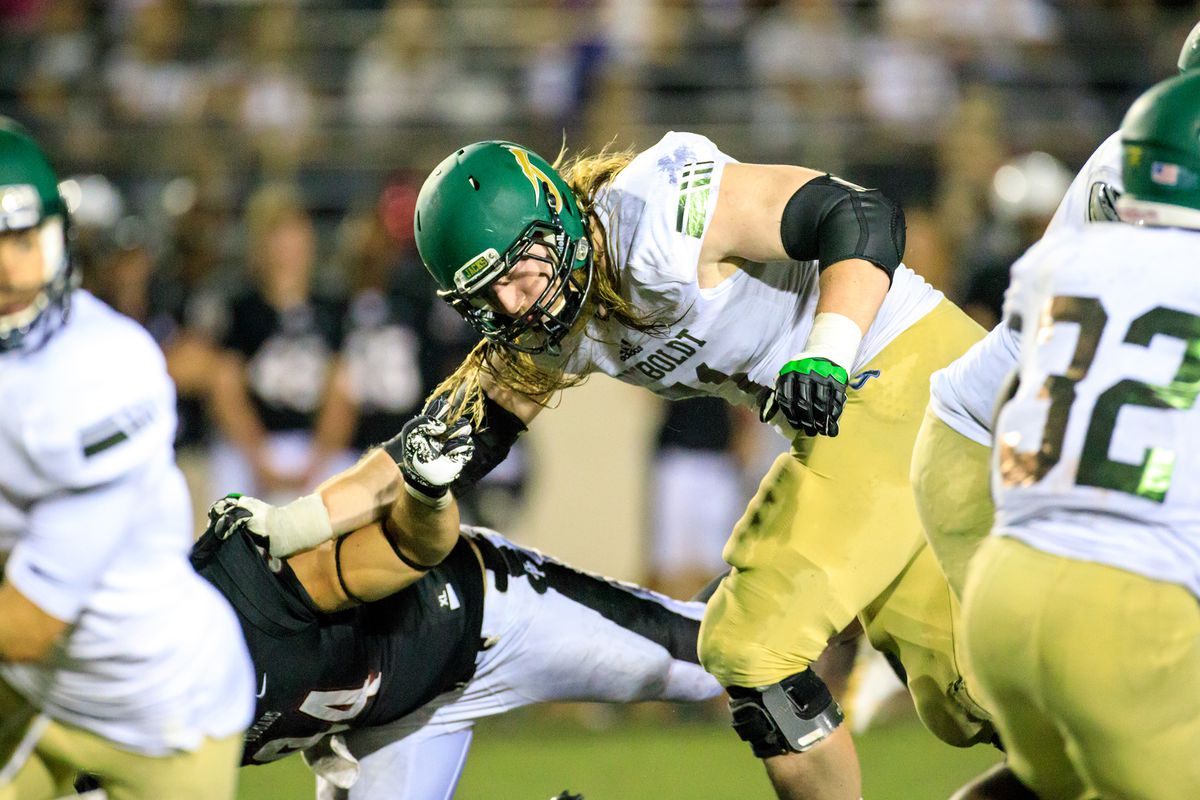 The Rams have certainly changed the look of the franchise, especially on defense, during  free agency. As it stands now, the Rams will not have a pick until late in round 3. Now that does not mean there will not be other trades to obtain other picks in rounds 2 or 3, but for now I will work this mock with no trades and I will give a look at some players I can see being in camp getting a look by the Rams. 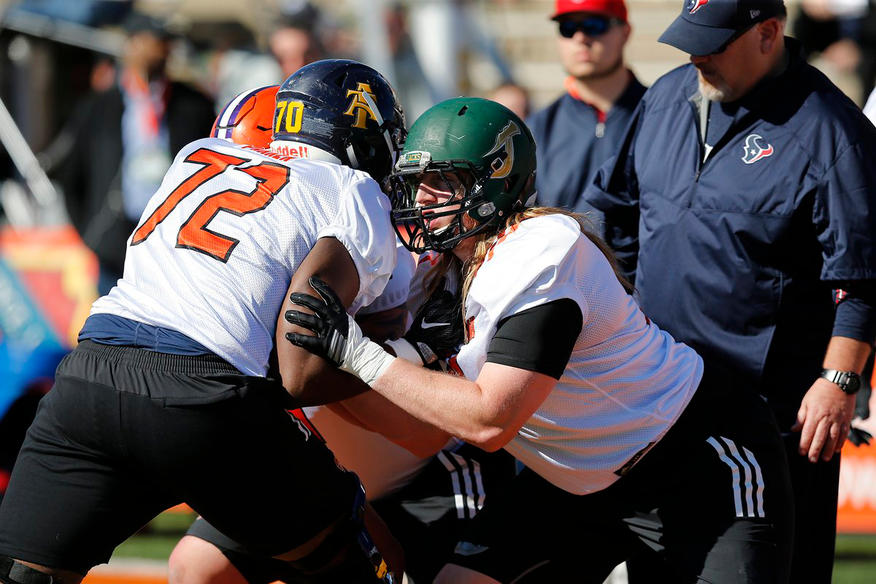 This guy REALLY turned some heads during the Senior Bowl and went from a late day 3/UDFA guy to a guy that teams are really looking at as someone who can be a legit star at LT in the NFL. At 6’6″ and 305 pounds, he has the size and skills to play on either bookend in the NFL. The ideal situation for a guy like Cappa would be the Rams as he can learn LT the NFL way from multi time pro-bowler Andrew Whitworth while also contributing at RT immediately. A move like this for the Rams would allow them to then choose between Jamon Brown and Rob Havenstein as the future at RG. 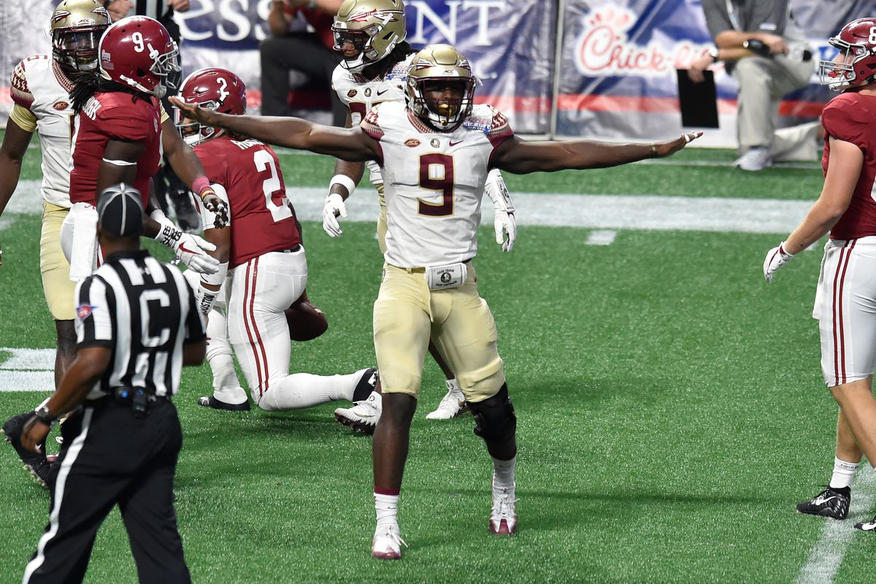 We all know all the story of Josh Sweat. From a leg snapped in half to fastest edge rusher in the draft. My gut tells me that had that injury never happened, he would be long gone by this point in the draft. A man with an 84 inch wingspan and 10’4″ broad-jump ability is not supposed to run 4.53 40 yard dash. He will be a major star at the next level and it will nice to see a guy like that in horns 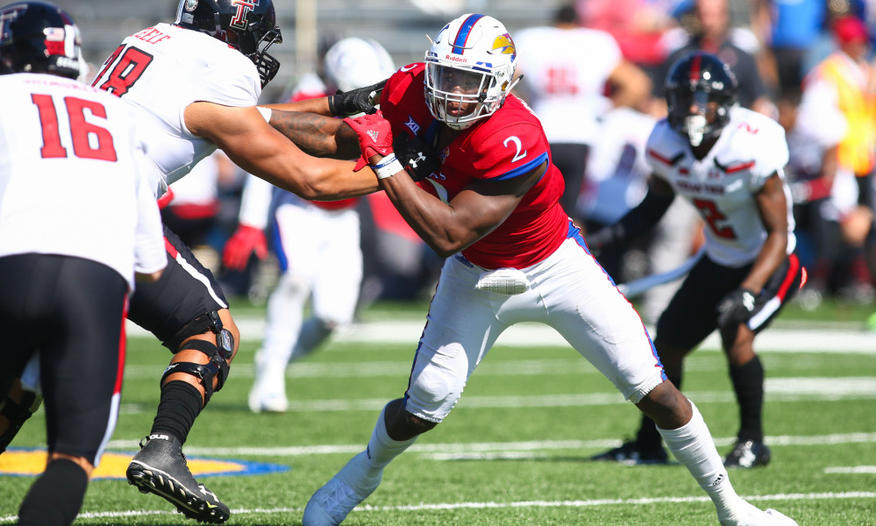 As a Kansas State alumnus, it ALWAYS pains me to say something nice about a Jayhawk. However, in Armstrong’s case, I will make an exception. 6’4′ 250 lb edge rusher who will be the perfect running buddy for Josh Sweat. And either Sweat or Armstrong can move down along the line to give AD, Brockers or Suh a break. In other words, you can never EVER have too many guys rushing the passer. 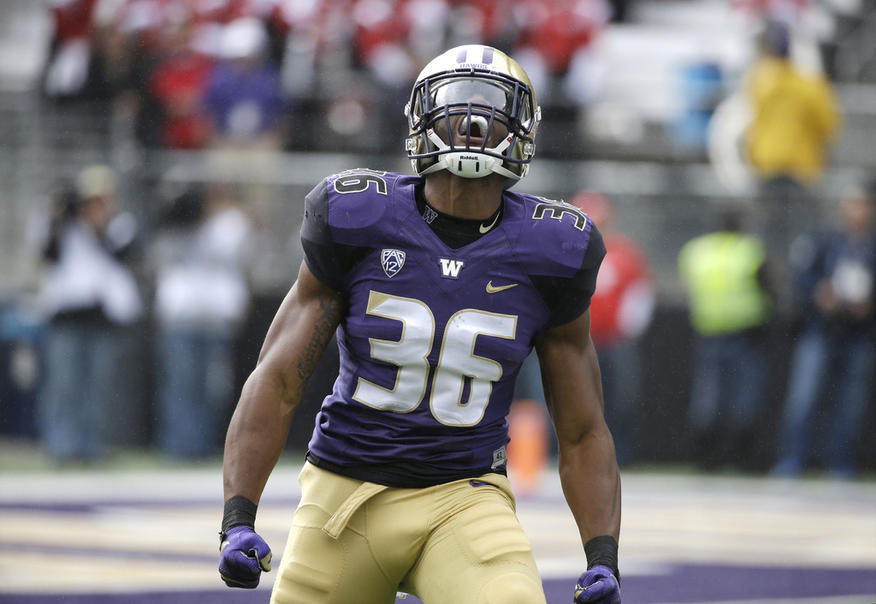 His combine workout was not the greatest, but at 6’3″ and 230, he is bigger and more physical than the ILB the Rams employed last season. He is adept at stopping the run, a MAJOR problem for the Rams last season and had over 200 in 34 games at Washington. A great guy to put in rotation with Mark Barron and Cory Littleton, the projected starters at ILB. 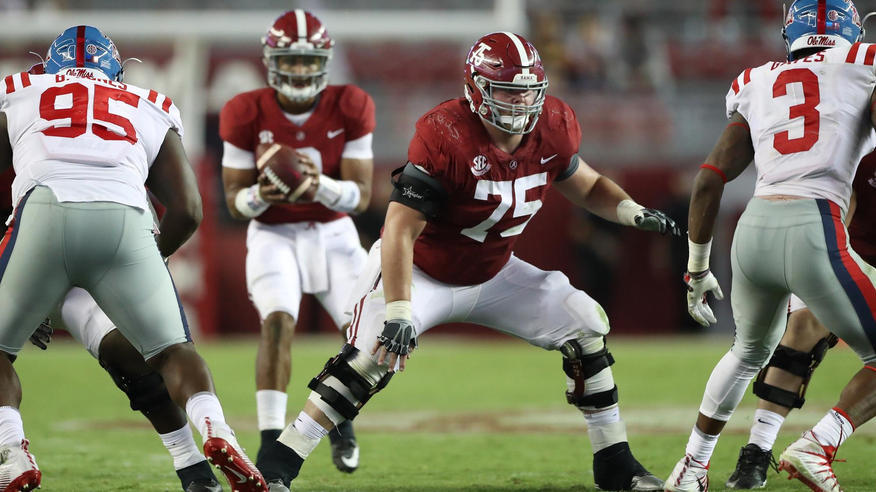 Solid lineman from Alabama. Not much more really needs to be said about this. The  6’5″ 315lb Bozeman was a 3-time All SEC player. And he gets to learn from another solid pro in John Sullivan. 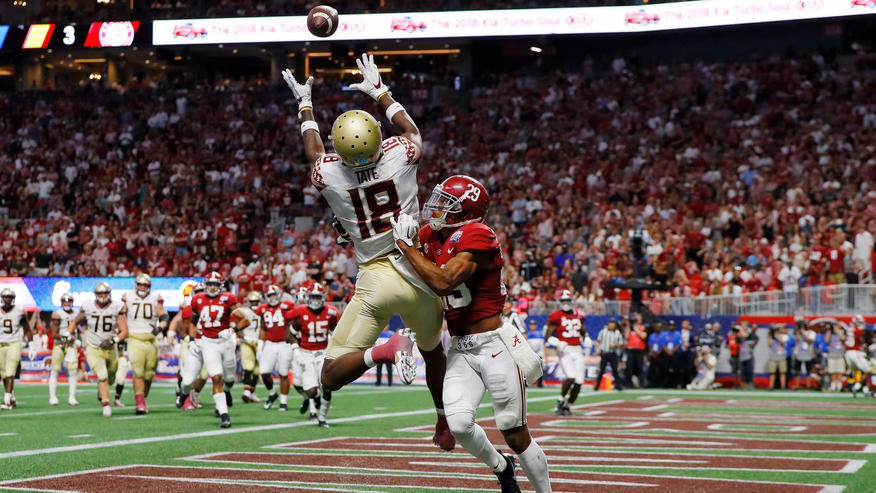 Tate left school a year early, and most likely would have benefitted from another year at FSU. But at 6’4″ and 225 pounds, he will certainly get opportunities to make an impact at the pro level if he works hard. Quicker than some of the other prospects his size, but needs to work on perfecting the entire route tree. 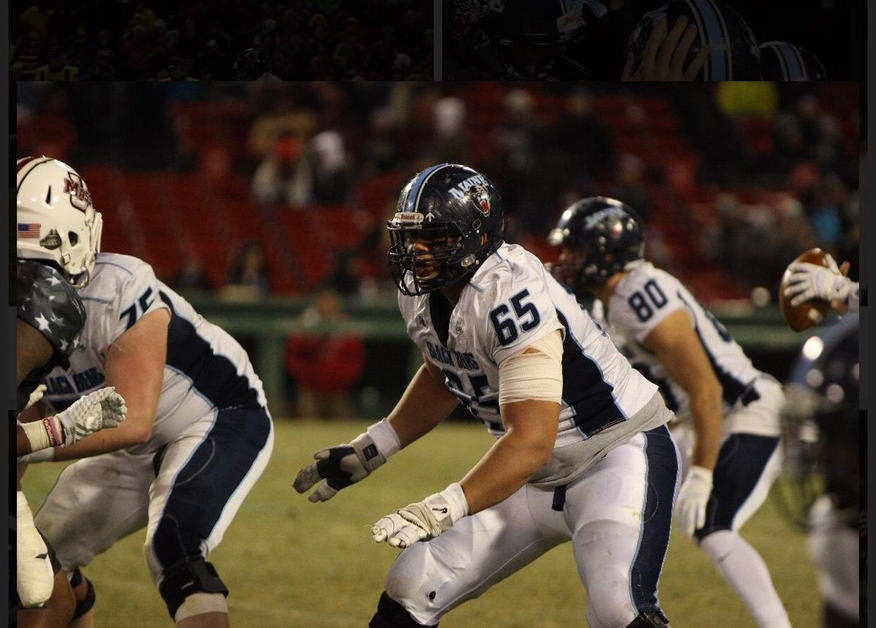 Demby is a raw prospect with the size and power you look for. Played OT in college but likely translates to an OG at the pro level. 6’5″ 335 with massive hands. Could easily be one of those patented Les Snead “Diamond in the Rough” type of players we are still talking about in 5 years. 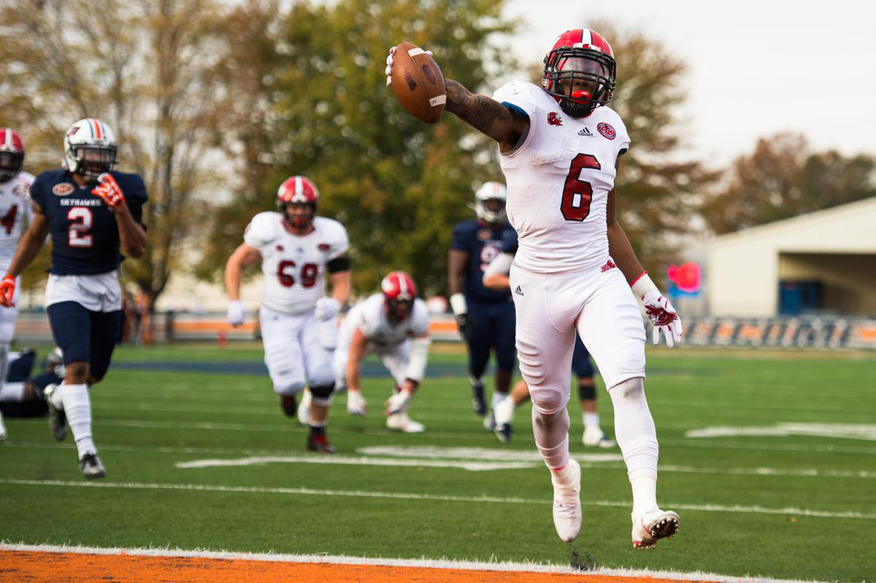 Thomas, a transfer from Auburn spent 2 years at JSU and lead the Gamecocks in rushing both seasons. Over 2500 total yards from scrimmage for the 5’10” 195 pound Thomas in 2 years at JSU. The Rams are not enamored with either Malcom Brown or Justin Davis and so Todd Gurley will need some help to carry the load for the Rams backfield. Thomas can catch the ball as well, which makes him even more valuable. 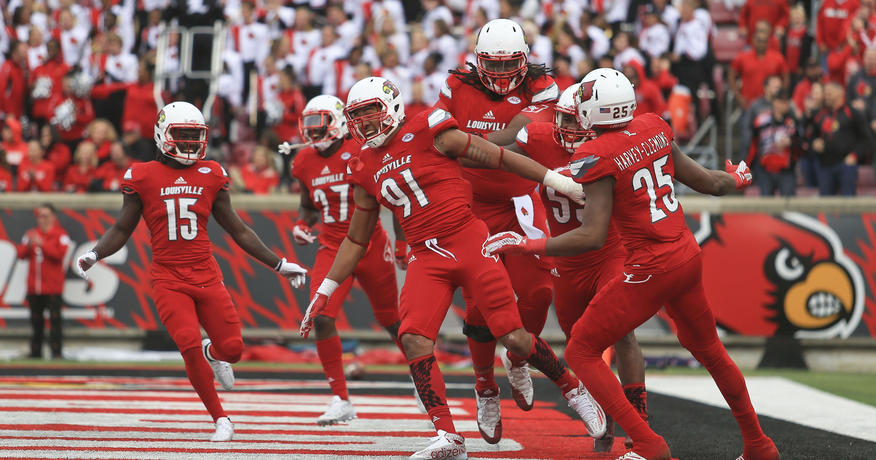