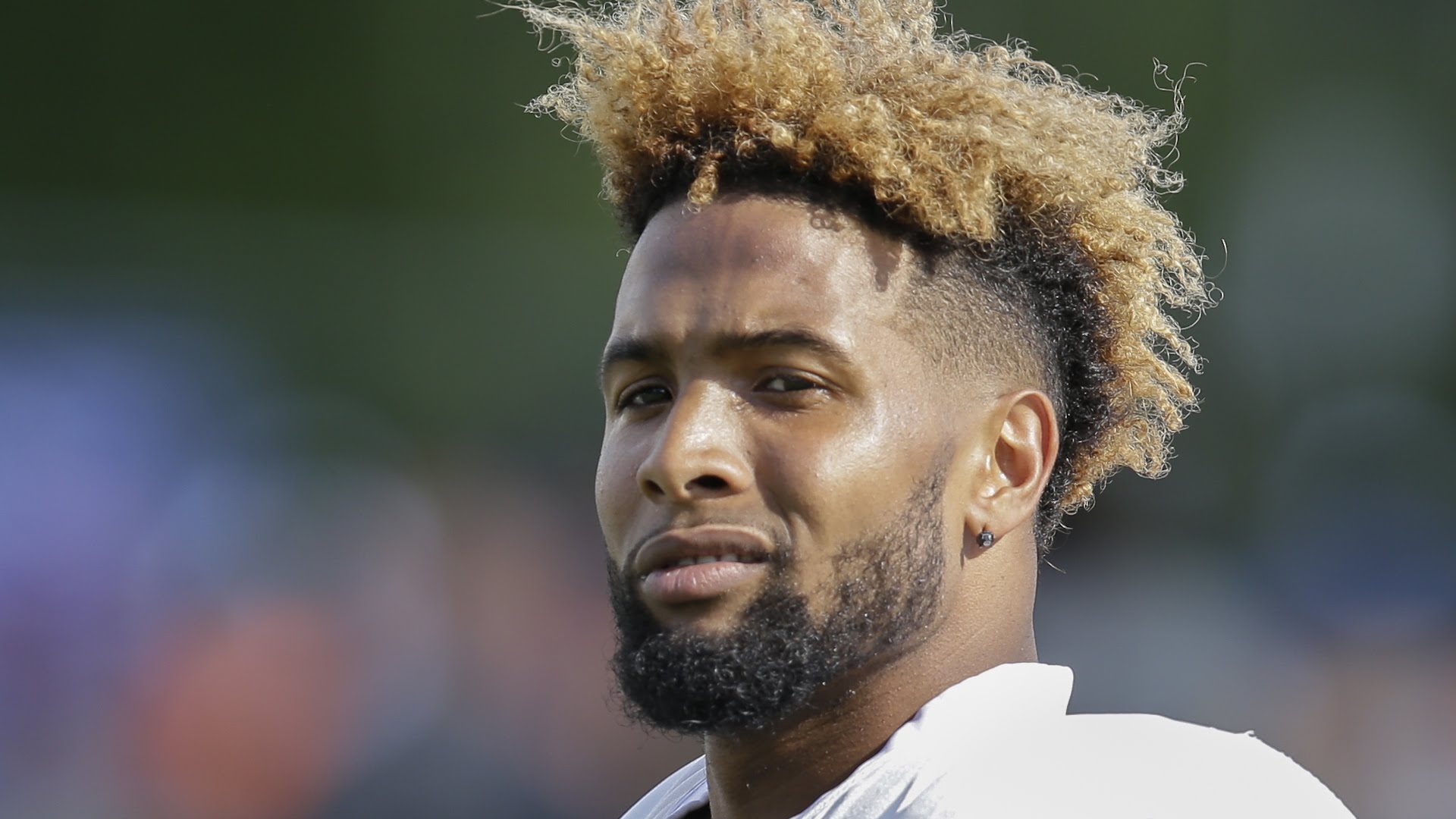 News broke this week that the Rams have explored the idea of trading for the New York Giants Wide Receiver Odell Beckham Jr.  This would be a blockbuster trade that rarely happens in the NFL.  This offseason has been crazy for the Rams as they have already made mega trades for Aqib Talib and Marcus Peters.  The idea of adding a superstar like Beckham to an already stacked roster is great but it seems unlikely due to the Rams’ cap space situation.  The Rams just signed Ndamukong Suh to a 1 year, 14 million dollar deal and before that the Rams had about 24 million in salary cap so it leaves them with roughly 10 million.  Acquiring Beckham alone would cost the Rams another 8.5 million this year as that is his current cap hit.  That leaves a whopping 1.5 million remaining.  Odell Beckham Jr. has already stated that he is not going to step foot on the field unless he gets paid and Aaron Donald threatened to hold out last year for the same reason.  With 1.5 million in cap space the Rams wouldn’t be able to sign one player let alone both.  This leaves you with just 3 options:

Option 1: Both Aaron Donald and Odell Beckham Jr. agree to play out the season without a deal and plan to get paid next year.

This most likely will not happen.  If Beckham got hurt again this year his stock would drop significantly and would cost him millions.  Aaron Donald was just named the Defensive Player of the Year and if he was thinking of holding out last year it would only make sense that he was more serious about it this year.

Chances of this happening: 1/10

Option 2: Both Aaron Donald and Odell Beckham Jr agree to a new deal in which they make the same amount this year as they currently do but both contracts are heavily back loaded.

This is more likely but still not a great option.  The Rams could hypothetically offer both players a long term contract but keep both of their current salaries the same so it doesn’t effect this year’s salary cap.  For example, Donald would get paid 7 million this year but next year he would get 33 million and every year after that he would get 20 million.  Beckham would get 8.5 million this year and 30 million next year and 20 or so million every year after.  The downside to this plan for the players is they could not get a signing bonus because the Rams are to strapped for cash and would have to wait until next year for the big pay day.  That is, unless they cut or traded players.

Chances of this happening: 3/10

Option 3: The Rams cut or trade players to make room in the salary cap.

This is the most likely move but possibly the most dangerous for the team as a whole.  The only player really worth cutting is Mark Barron, who if cut after June 1st would save 9 million dollars.  The problem with this is that the Rams are already very thin at Inside Linebacker and cutting their only returning starter may not be a great idea.  On top of that they would not have a first, second and maybe even a third round pick in the NFL draft to replace him because of the trade for Beckham.  So you would shore up 9 million which would give you enough money to add a little bit to their contract or to offer a solid signing bonus, but it still may not be enough to keep both players happy and you are further weakening the middle of your defense.  This would be really risky and you would have to pray it all worked out.  Other options would be if you can trick the Giants into taking Tavon Austin and his 5 million dollar cap hit and releasing Kayvon Webster.  Those two moves would free up about the same as releasing Barron.  Either way this is risky and would be difficult to pull off and may weaken the team too much as a whole.

Chances of this happening: 6/10

Although the thought of adding a superstar like Odell Beckham Jr. to an already stacked Rams team sounds like a dream come true, it may be just that, a dream.  The Rams would have to get incredibly creative and both Odell Beckham Jr. and Aaron Donald would have to work with the team in order to make it work.  The Rams can offer them the money they want over the course of 4-5 years but both of them would have to be willing to get paid less than their market value this year in order to stack the team and make a run to the Super Bowl.