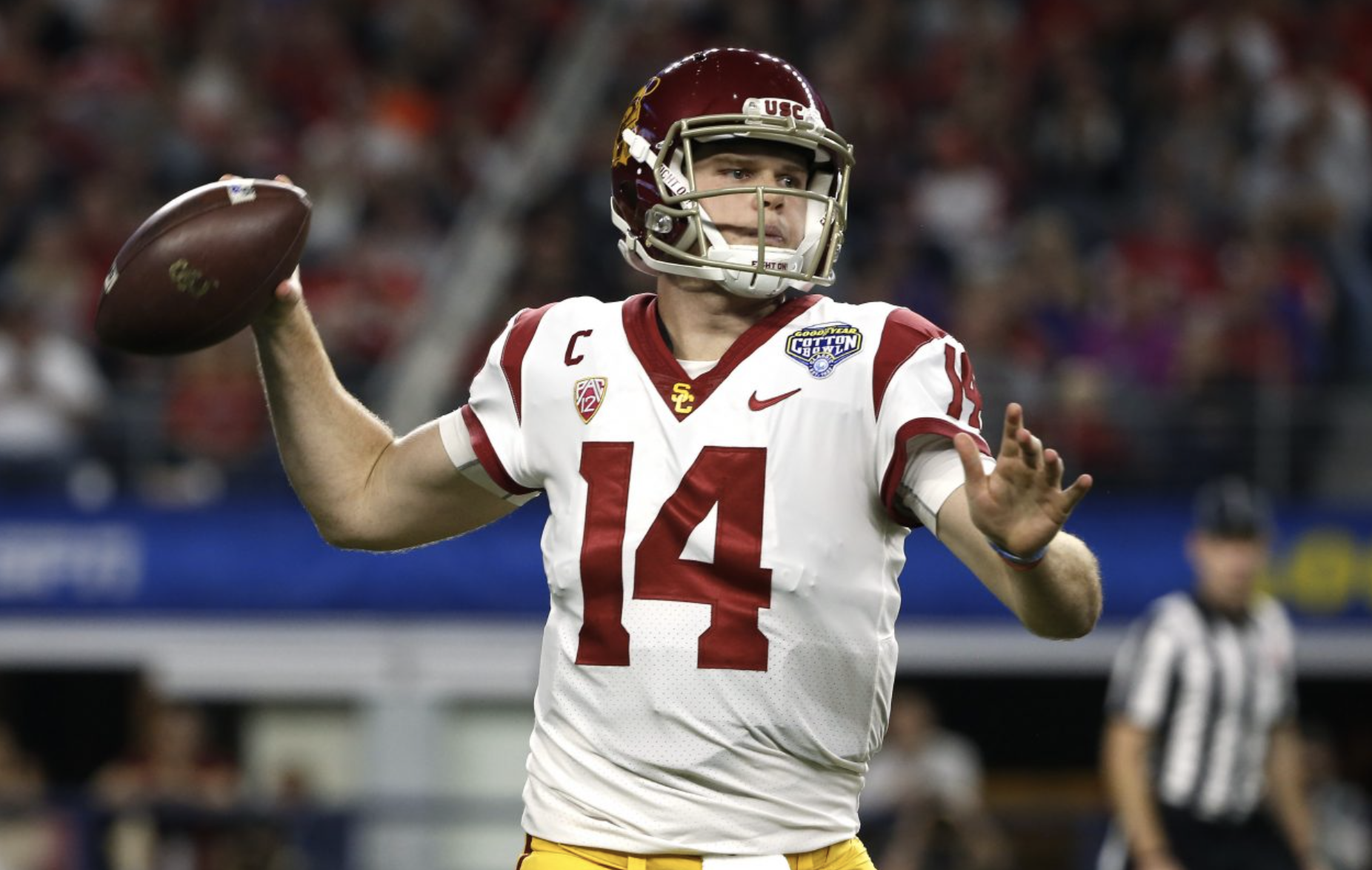 We have less than one month before the main event is here! The all-star games are just a distant memory, and so is the Scouting Combine. Pro days are even coming to a close. That’s how close we are! As we get closer to the draft, discussions regarding who the top quarterback in this class will be. Will it be Sam Darnold? Josh Rosen? Maybe even Josh Allen? Only time will tell. The teams that select a quarterback will also have to develop their selection. Crazy right? The environments that these quarterbacks will enter will determine how good of a pro they can be. The top prospect might enter a bad situation, and as a result, he will fall flat on his face. On the other hand of the spectrum, for example, the fifth best quarterback could go to the perfect situation. In that case, they will have the tools to become a solid quarterback even though they weren’t viewed as one coming out of college. A lot of factors will decide if these quarterbacks will thrive or bust.

I have developed my own grading scale (that needs some tweaking) when it comes to scouting quarterbacks. I have a 100-point scale and the traits that I look for in quarterbacks are accuracy, mental processing (progressions), mechanics, decision making, poise, arm strength, pocket presence, anticipation, escapability, footwork, confidence, mobility, durability, character concerns, opposition, and the smallest factor, size. Each category is weighted differently. The more important categories (accuracy, mental processing, mechanics, and decision making) will have more points. I will not go into depth of how I scored my top five in each category, but I will add my grade onto them.

I also have a “skill score” that takes away the opposition, character concerns, durability, and size categories out of the equation and just focuses on their talent. This score will be in a percentage. These numbers should hover around each prospects’ grade. If there is a steep decrease in their skill score, it means they scored high in the opposition, character concerns (lack of), durability, and size categories. For example, Sam Darnold and Lamar Jackson scored the highest in those four categories amongst my top five quarterbacks.

I hope that does not confuse anyone (it probably will).

So without a further ado, let’s get into my top five quarterback rankings! 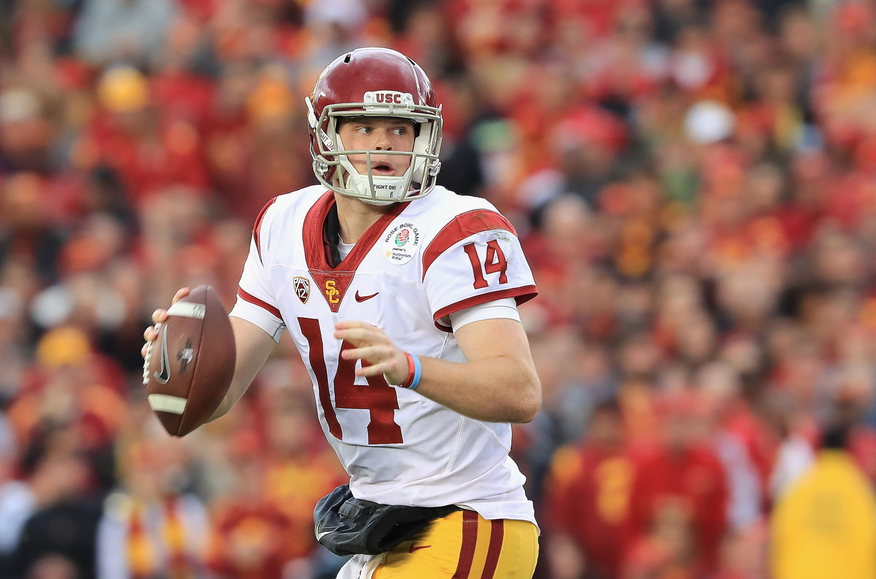 Sam Darnold was one of the last quarterbacks that I got a chance to scout this year. I chose to randomly mix up the order of what quarterbacks that I would scout because I did not want to develop any bias when scouting them. If I scouted the quarterbacks that I thought were the best first, I would have developed a bias to want to prove myself right. I am glad I did not do that. Why? One reason is because I didn’t think I was going to be a fan of Sam Darnold, but I am a HUGE fan. Darnold seems to always make the perfect throw. He will make you scratch your head here and there, but your jaw will drop more often than having the urge to scratch your noggin. He makes plays. It’s that simple. He doesn’t have the strongest arm, but it’s strong enough, and he throws with the perfect amount of touch. He will float the ball over the outstretched arms of linebackers. He will drop it in the bucket so his target can continue running. He can also throw his receivers open, and he’s the best in this class at doing that. He also has the poise to deliver in crunch time, a trait that I weigh heavily into quarterbacks. The biggest thing that Sam Darnold needs to work on is his ball security. He had way too many fumbles this year. He runs around in the pocket with one hand on the ball too often. This should be an easy fix for an NFL quarterback coach. 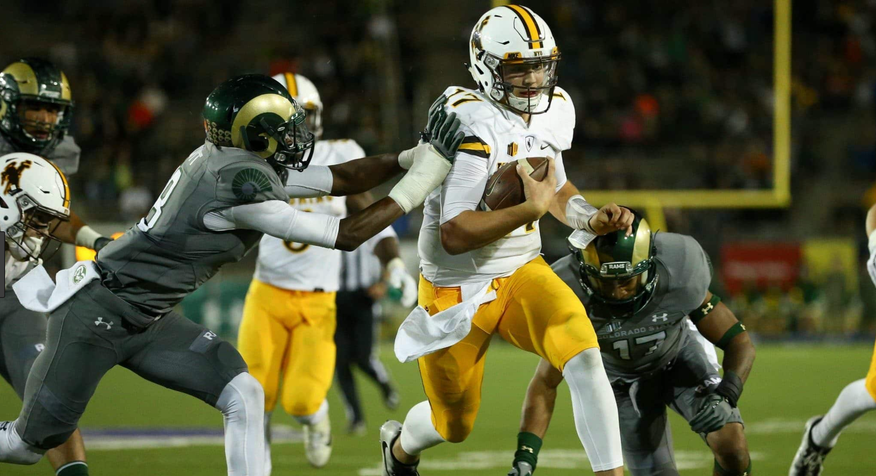 Josh Allen is the buzz of draft. Everyone seems to disagree on how good he actually is/will be. Most love him or hate him, but I am in the middle. I am closer to the ‘love him’ end of the spectrum than the ‘hate him’ end. Out of all of the quarterbacks in this class, Allen might have the highest ceiling. The physical traits are there. He’s big, he’s fast, and he has a rocket for an arm (see DraftJoshAllen.com). I think there is more to him though. Although he isn’t the most accurate quarterback in this class, I believe the stigma of him having terrible accuracy is blown out of proportion. When his feet are right, and when he’s not scrambling around, he can deliver an accurate ball. People act like he couldn’t hit the blind side of the barn. He actually can, that’s why I have him rated second (I hope you can tell that I am joking). He has poise, he does very well of evading sacks in the pocket (although he sometimes tries to do a little to much), and he has all the confidence in the world. The problem with Allen is that he often makes bad decisions and throws without his feet set. Allen throws across the grain too much and he trusts his strong arm more than he should. That will not work in the NFL. I believe Allen will have to sit a year to set him up for success. 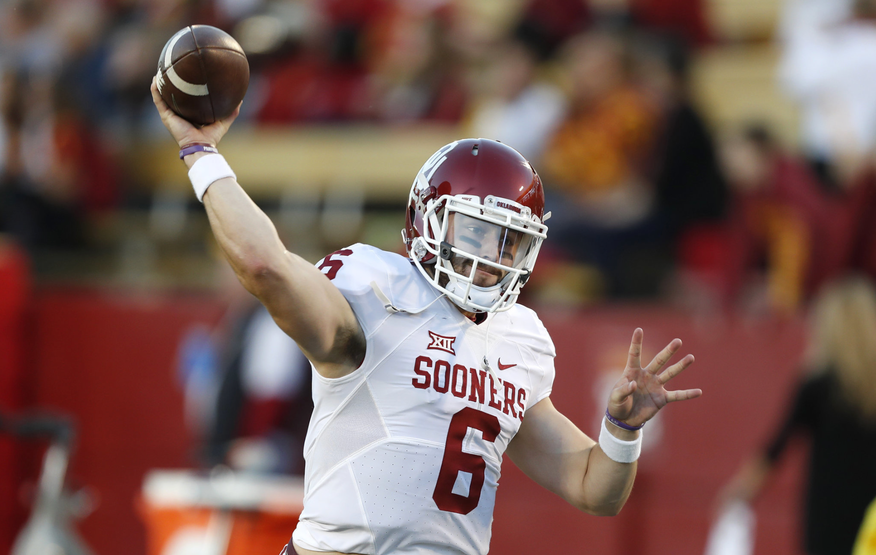 Baker Mayfield is the most polarizing quarterback in this draft class, and maybe even the most polarizing prospect in the draft as a whole. He has his fair share of character concerns that range from grabbing his crotch to running from the police. Hidden in there though, is the ultimate competitor. Baker Mayfield has worked for everything that he has earned. The 2017 Heisman trophy winner wears the number six because that’s the number that was given to him as a walk-on at Texas Tech. It’s also because he is exactly six feet tall and wants people to remember that. Mayfield displays adequate accuracy and he can move around in the pocket very well. Even with all that, he is no Russell Wilson. Baker has some mechanical issues that he needs to fix. He throws with a square base without stepping toward his target a little too often and the ball dips below his elbow on his release. I believe Baker will have to sit a year, but as we all know, he will try his best to earn the starting job. 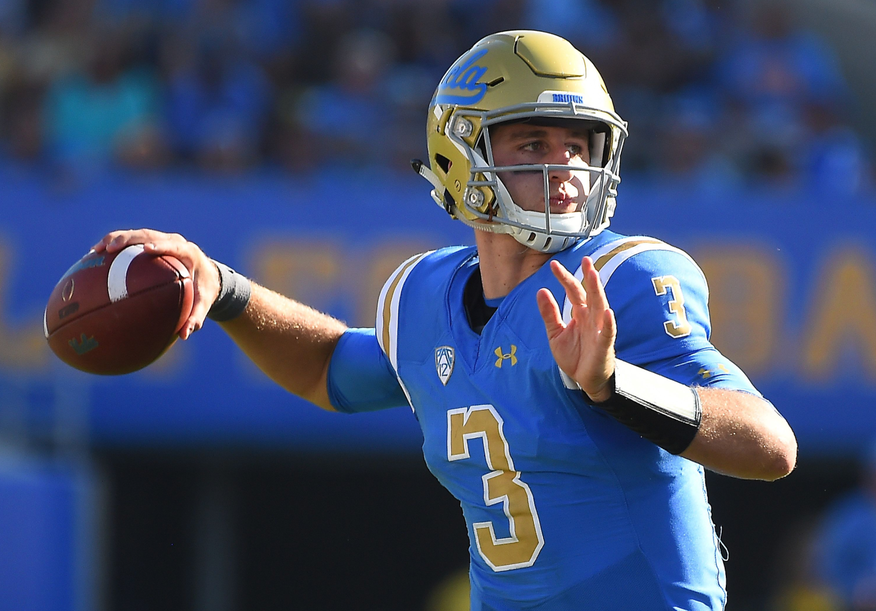 Surprise! Josh Rosen is not in my top three quarterbacks. I honestly don’t get why some people rank him as their QB1. Before watching any of the quarterbacks, I thought that I would like Rosen the most. That is not the case. He doesn’t have as strong of an arm as Josh Allen and he is not more accurate than Sam Darnold. Sometimes he makes terrible decisions that leave me scratching my head (pick six vs. Memphis). I do not see how some people label him as the ‘most pro ready quarterback’ in the draft. I just don’t. Does that mean I don’t think he’s going to be a good quarterback? Negative. He has the chance to become a solid starter. He needs to work on his feet and step into more throws. He doesn’t necessarily throw off his back foot, but he just doesn’t transfer his weight onto his front foot. He also needs to become a better decision maker. He’s accurate, he does well with his progressions, and he can move around in the pocket well due to his tennis background. I just have a feeling that Rosen will have huge expectations and he will never live up to them. 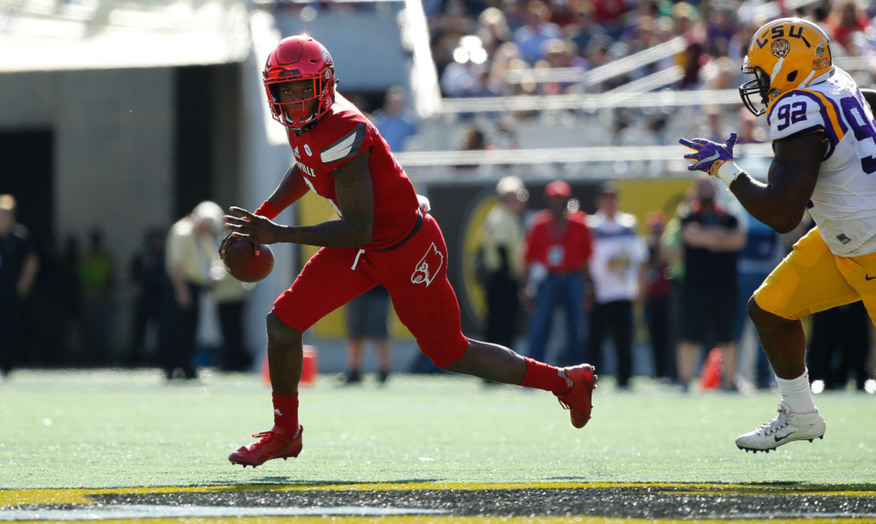 Just like Rosen, I am not as high on Lamar Jackson as most people are. He is accurate on some throws, but he does not make those throws consistently, or even close to it. He often misses high or overthrows his targets which will make him pay. He also makes some terrible decisions. One bad decision that sticks out to me the most is when he was getting taken down by a North Carolina defender. He was looking straight up into the sky and his back was about a foot off the ground when he carelessly threw the ball into a crowd of North Carolina defenders. Luckily for Jackson, that pass was dropped. He should’ve taken the sack instead of forcing that throw. In my opinion, he forces too many throws. Now I don’t want to take up all of this space bashing Lamar. He has a strong arm. He has elite mobility and is very elusive. He can sometimes even lower his shoulder to gain more yards even though some ‘experts’ say that he will break upon impact. I don’t really have any worries about that. But instead of lowering his shoulder, he will have to learn to slide. He is very confident and nobody says a bad word about him. I am a fan of Lamar Jackson the person, and I hope he exceeds. One note to end on: he is not a wide receiver.

That is it for my top five quarterback rankings! I know many will try to rip me a new one and question my ability to scout. To my defense, I don’t have access to all of the film and I am a college student so I don’t have all the time in the world to watch every single game. With all that said though, I put my best effort into watching all of these guys and I watched as much film as possible on all of them.