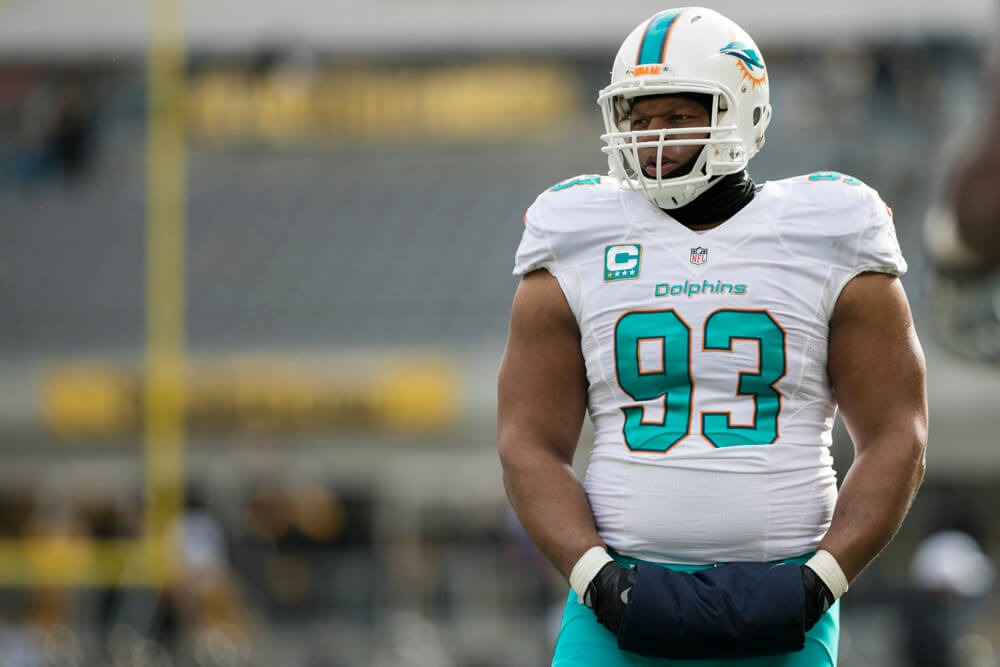 Rams fans looking for that free agent splash, the time has come. Rams have added former Miami Dolphins DT, Ndamukong Suh. Rams met with Suh on Tuesday to talk strictly football, what he could bring to a dynamic defense, and watch some film. Suh officially will sign with the Rams on a one-year deal worth up to $14 million.

Suh has had a dominant career, commanding double teams throughout. Although his sack numbers have fallen in recent years (4.5 last year), he registered a career-high 92.4 grade against the run last year, according to PFF. With Rams struggling mightily against the run last year, this may have been one of the motivating factors for bringing in Suh. He has also continued to make the list of NFL’s top 100 players throughout his career

Suh reportedly wanted a chance to join a winning team, money not being a concern. He also has ties with Strength and conditioning coach Ted Rath, who has worked with Suh in the past. It is thought that Suh will line up at NT with Brockers and Donald on either side of him. It is also reported that the Rams talked with Donald before setting up a meeting with Suh.

This Rams team is looking electrifying on the defensive side of the ball. It should be a dynamic front three with Michael Brockers, Aaron Donald, and now, Ndamukong Suh.