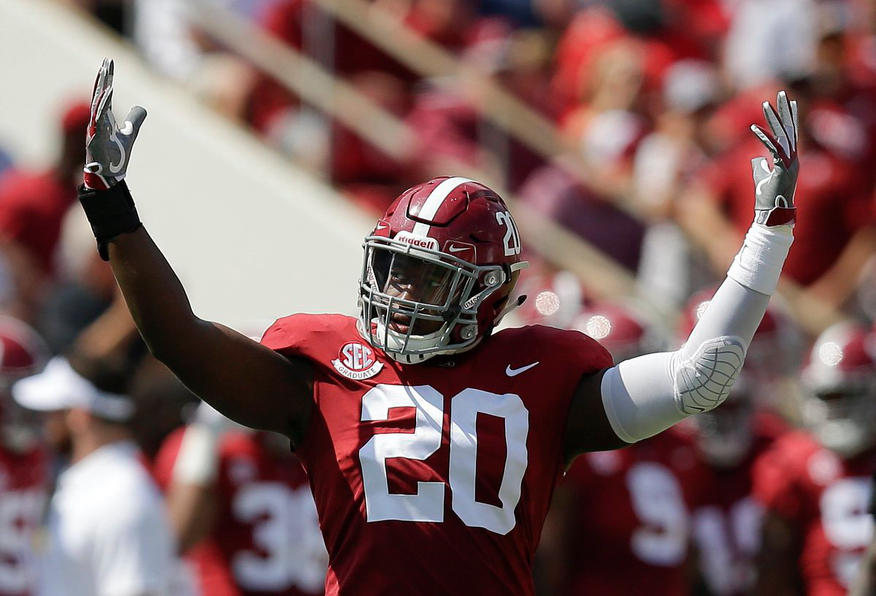 A tough linebacker with a blue-collar mentality. Hamilton has the football IQ to call a defense. The linebacker that got stuck playing behind the likes of Reggie Ragland and Reuben Foster showed off his ability to diagnose plays and quickly attack the ball. However, the thing that goes a long way for Hamilton is his coverage skills which in my mind put him at the top of the list among inside linebackers in college football. His ability to show patience and yet also show anticipation and his overall instinctual style of play makes him a rare type of linebacker in this draft. He might have serious durability concerns but make no mistake Shaun Dion Hamilton could be a major steal in this draft.

First of any weakness is his durability. A torn ACL and a fractured kneecap in back-to-back seasons are terrifying. His size is a concern as well, he’s smaller and I expect he will have trouble getting off of blocks which could limit his ceiling at the next level. All in all, it’s not a ton of weaknesses as far as quantity but they are quality weaknesses. In a long grueling NFL season can Hamilton survive the grind or will he be a mainstay on the PUP and IR lists? Is this someone that will be able to start at any point at the next level or will the lack of block shedding limit him? All valid questions.

He absolutely fits with the Rams and the style of football player they are looking for. When you think about what Shaun Dion Hamilton could become under Wade Phillips you might actually get chills. I have flirted around with the idea of the Rams drafting both Hamilton and his star teammate at Alabama, Rashaan Evans. I feel like both would be a monster duo. I do at the end of the day want to bring in Shaun Dion Hamilton for many reasons. He makes sense for the fact he’s going to come in day one and work his butt off and is not going to settle on being a special teams player or a sub-package guy. This is someone that will push Mark Barron, Cory Littleton, Ramik Wilson and Bryce Hager for any job that is available. Next, what’s been his big issue? The injuries. So, it makes sense for Hamilton to go to the team with the best training staff in the NFL and the best strength and conditioning coach Ted Rath. Lastly, The Rams are loaded up-front and loaded in the secondary, you want to talk about making a player feel right at home? On a defense where Hamilton started around the likes of aforementioned Rashaan Evans, Reuben Foster, Reggie Ragland, Minkah Fitzpatrick, Anthony Averett, Levi Wallace, Da’Shawn Hand, Da’Ron Payne, Ryan Anderson, Dalvin Tomlinson, Marlon Humphrey, Tim Williams and Jonathan Allen. You can bet that Hamilton would transition well to another extremely talented defense. 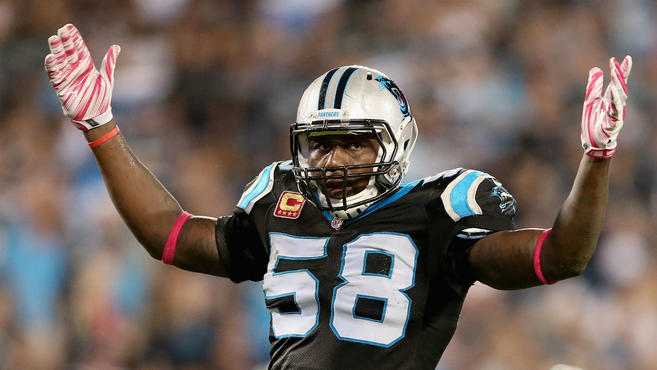 It seems like this might be putting way too much pressure on Shaun Dion Hamilton but I’m going to roll with this. I think Hamilton can be an All-Pro player. This is a former elite high school prospect that played on the best team in the league and started on their insanely talented defense. Hamilton dealt with a torn ACL and a broken kneecap, Davis defied the odds in the NFL after tearing his ACL three times in three years. Oh and Davis, yeah, he was considered undersized just like Hamilton. The two have major similarities in height, weight, coverage skills, leadership qualities and injury history. I’m not saying Hamilton will become Davis but he compares to him well and I think that’s his ceiling which he will have to work extremely hard to reach.

The Pitch for Club Seats in Inglewood