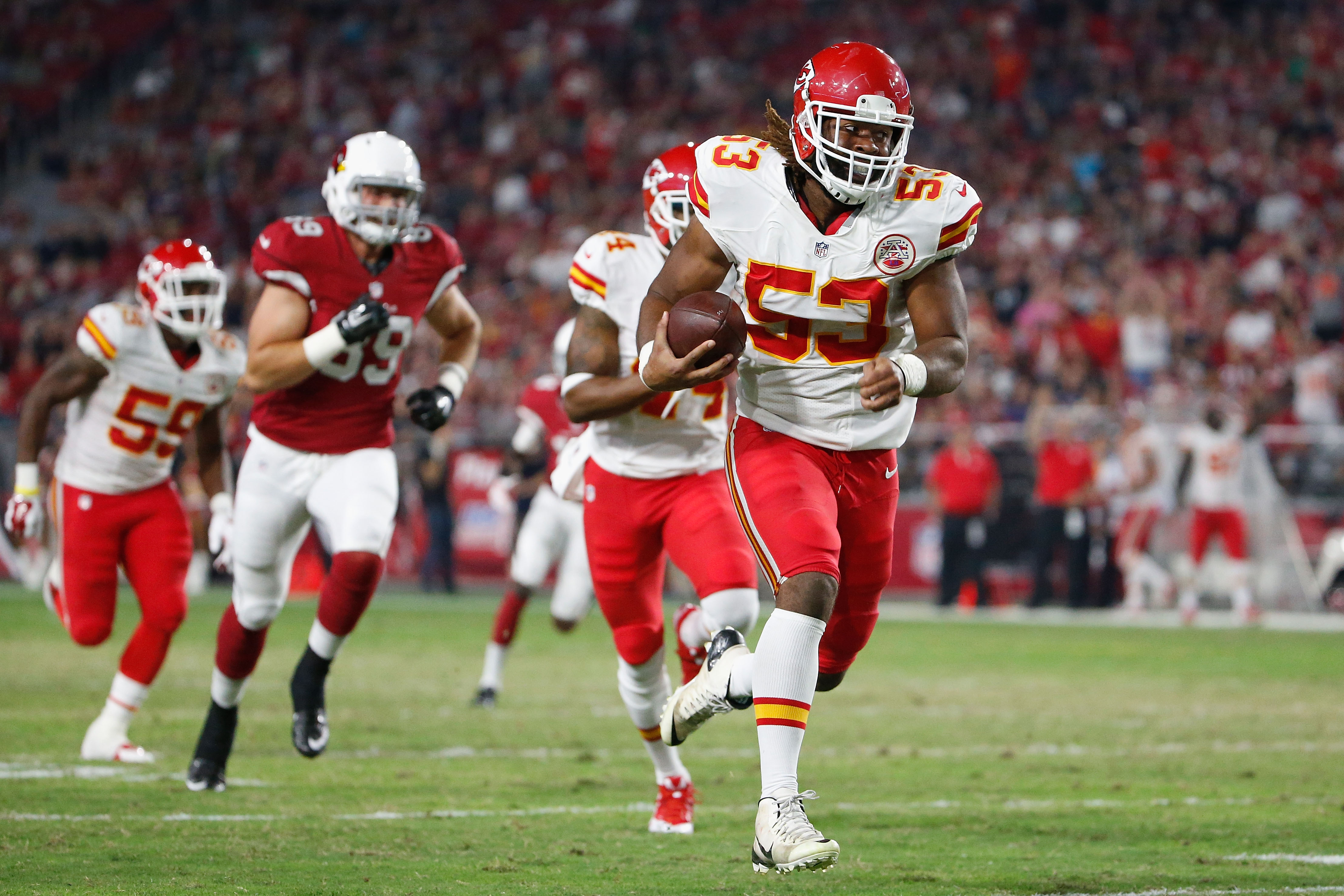 The Rams traded away former Georgia Bulldog ILB Alec Ogletree earlier in the off-season and now they are signing an ILB from Georgia to the roster. The former Kansas City Chief ILB Ramik Wilson has agreed to terms on a contract with the Rams. Now, here’s what we can expect…

Ramik Wilson is a former fourth-round pick from the 2015 draft. In his short career Wilson has flashed some serious potential but has also hit a low point which all came on the same team. Wilson had quite the 2016 season, playing a total of 589 snaps and finishing the year with an overall grade that ranked 18th among his fellow linebackers, 32nd in run defense and 12th in coverage. All of those stats were acquired by our friend Mike Cahill of Pro Football Focus.

Wilson has a knack for finding the football. In just 17 career starts and 30 total games, Wilson has found the end zone twice and has recovered four fumbles as well as a forced fumble as well. The Rams before Wilson only had three inside linebackers on the roster in the form of Mark Barron, Cory Littleton and Bryce Hager. Cameron Lynch moved back to the Buccaneers in free agency so the Rams needed at least someone via free agency to add depth.

Wilson could potentially start if he wins a battle between Cory Littleton for the starting job but overall this is someone that is going to make his money in sub-package situations and as a special teamer. Although the details were not released of the contract yet, Wilson signed a one-year deal and at age 25 he is ready to come in and contribute right away, likely under a deal that won’t pay him much more than the veteran minimum.

We mentioned earlier what Wilson showed in 2016 and unfortunately he ended up only starting four games in 2017. However, this has been the Rams model this off-season, they have wanted to go about adding players that have gotten phased out of their previous teams’ plans in one way or another. Wilson lost his starting job just like Marcus Peters lost his roster spot, Aqib Talib and Sam Shields as well. It’s been quite the statement made by the Rams in regards to that. The Rams clearly do not care what other teams think of the player, they only care about what they think. It’s become less of “you were the problem and we are going to fix it” and more of “they were the problem and we are going to have you prove that”.

Wilson may not have been a legitimate contributor for the Chiefs in his last year but he is coming to the Rams on a likely cheap deal and will pay off big-time if given the chance, as referenced by his production in 2016 when he was given that chance.