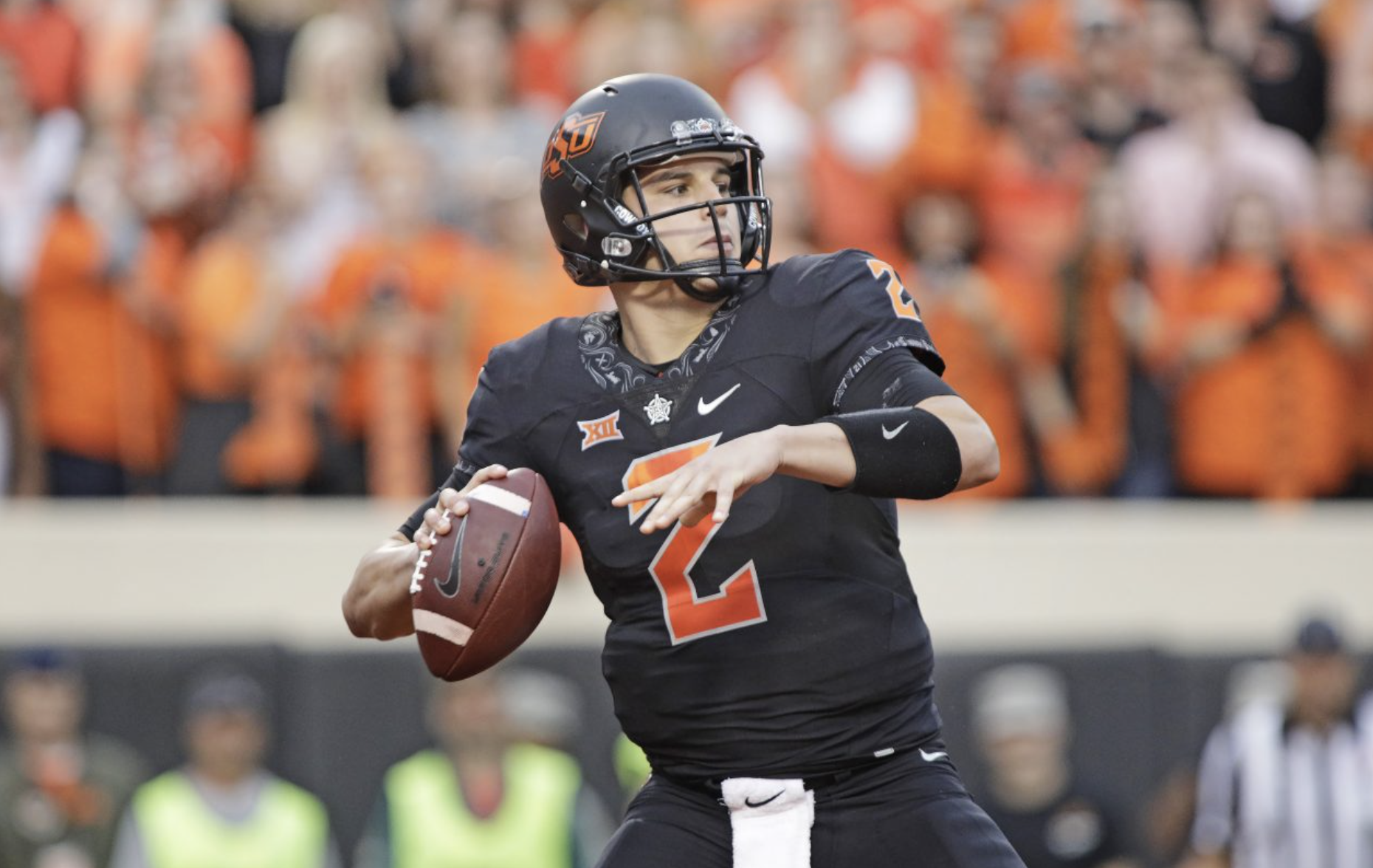 Who is Mason Rudolph?

Mason Rudolph is a 3-year starting quarterback from Oklahoma State. Rudolph threw for over 13,000 yards and 92 touchdowns in his college career. He led all NCAA quarterbacks in passing yards (4,904) in 2017. During his three years as a starting quarterback, his completion percentage, touchdown total, and yards per attempt increased each year. Mason’s younger brother, Logan Rudolph, is a freshman defensive end that plays for Clemson.

Rudolph’s biggest strength has to be his accuracy. He can throw the ball accurately at all levels. Rudolph also throws with great touch. He has a good throwing motion, he just needs some work with his feet. He has ideal NFL size (6’5″ 235). He showed better pocket awareness later in the season. He does a very good job in read options – he has 17 rushing touchdowns in his career. He does a good job at keeping his eyes downfield when moving around although his awareness in the pocket is below average.

When Rudolph throws an inaccurate pass, look at his feet. He “steps toward third base” a little too often. He can improve his already adequate accuracy by working on setting his feet and stepping into throws. He just has average arm strength. He could do a better job of not staring at his receivers. He doesn’t do that all of the time, but he does it more than he should and he will learn the hard way if he doesn’t fix that. He panics too often when his first read or two isn’t there. When he panics, he isn’t the best decision maker. He needs to hold the ball with two hands when under distress in the pocket. He does not anticipate his throws. He also played in a system where he threw a bunch of bubble screens and quick reads. He did not play under center and did not call plays in a huddle.

Since he is a quarterback, his play time will depend on what team drafts him. I don’t think he is ready to start so I will assume that he sits his first year.

At this point in his career, I think Rudolph will still be behind someone. He could show sparks in the preseason and maybe a team will trade for him and give him a bigger role. I don’t think he will be an elite starter in the NFL, but he has a chance to be an average starting quarterback or a very good backup.

Draft Projection: 2nd round to the Miami Dolphins (maybe even a trade into the first)