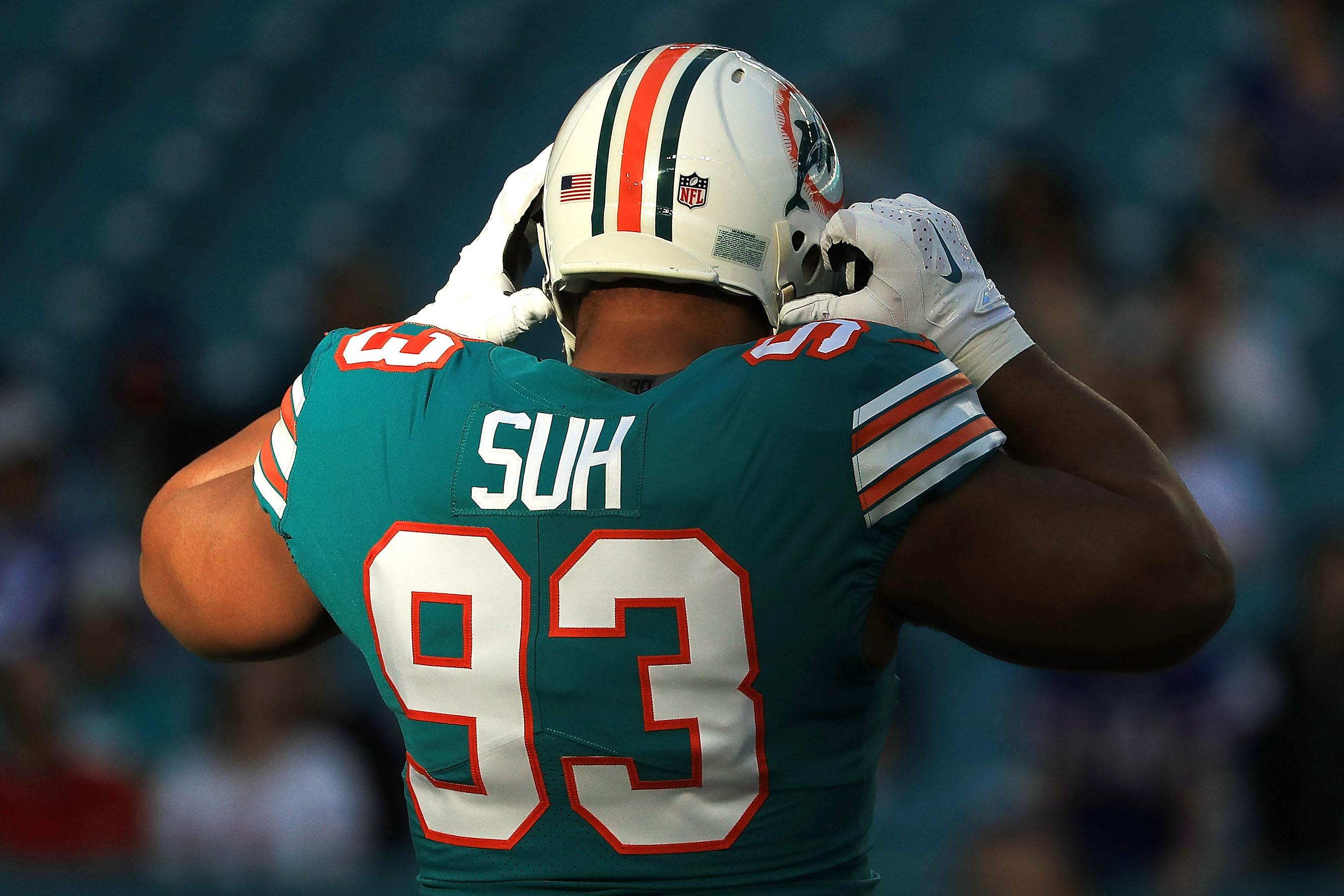 Not long ago the Dolphins released their elite interior defensive lineman Ndamukong Suh. Ever since then, he’s had tons of interest and now another team will join the fray and it appears to be the Los Angeles Rams according to Jordan Schultz.

Suh has been meeting with teams all over but until now, none of them were the Rams. Big names such as legend Eric Dickerson and new Rams CB Aqib Talib have reached out in attempt to recruit Suh to Los Angeles. The funny thing is that the Rams will meet with a player and try to recruit the player to sign with their team. That same player is the one they passed on in the 2010 NFL Draft when the organization selected Oklahoma QB Sam Bradford, No.1 overall.

Suh, in his career has only played with two teams and has never played in a Super Bowl. With Suh, he could be looking to cash in on his last legitimate contract of his career but you would have to imagine that the Rams are going to be a serious contender now in the Suh sweepstakes seeing as they could offer him a potential chance to compete for a Super Bowl. Not only that, Suh could play next to Aaron Donald and Michael Brockers, likely forming the best trio of interior defensive linemen the game has seen in quite some time.

It’s unclear how big of a player the Rams will be to acquire Suh’s services, but it is worth noting they have yet to acquire any free agents aside from their own this off-season which could allow them to drop a splash in on Suh. Should the Rams sign Suh, he would be 31-years old and likely on a two-year deal. He’s not the young stud he used to be, but make no mistake the Rams would definitely not mind having his services. According to Pro Football Focus, Suh graded out as the fifth highest interior defensive lineman in the league.