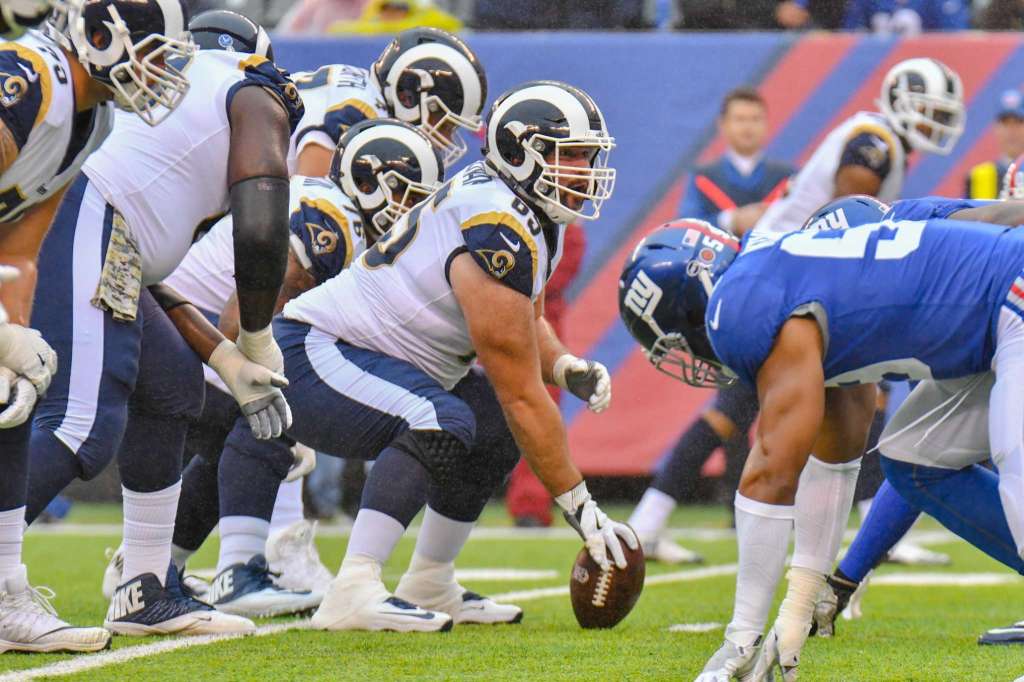 The Los Angeles Rams have had a slow start in Free Agency but got a key piece of the offense locked up today.  The Rams have agreed to terms with John Sullivan on a 2 year deal worth up to 15 million.  This appears to be a lot for a 32 year old lineman but he was ranked by Pro Football Focus as a top 10 center this past year.  Another positive for the Rams is that they will be bringing back all 5 starting offensive lineman from last year.  This will help the offense continue to gel as they get more familiar with McVays’ system and each other.

With the draft a month away this also helps the Rams as Center is now not as big of a need.  Retaining Sullivan allows them to focus on the Defensive side of the ball and build a more solid all around Football Team.   Expect the Rams to go all out on the Offensive Line next year as Havenstein, Brown, and Saffold will be free agents and it will be the last year for Whitworth and Sullivan.  For now though lets celebrate the Rams retaining a top 10 Center in the league and solidifying the Offensive Line for the 2018 season!