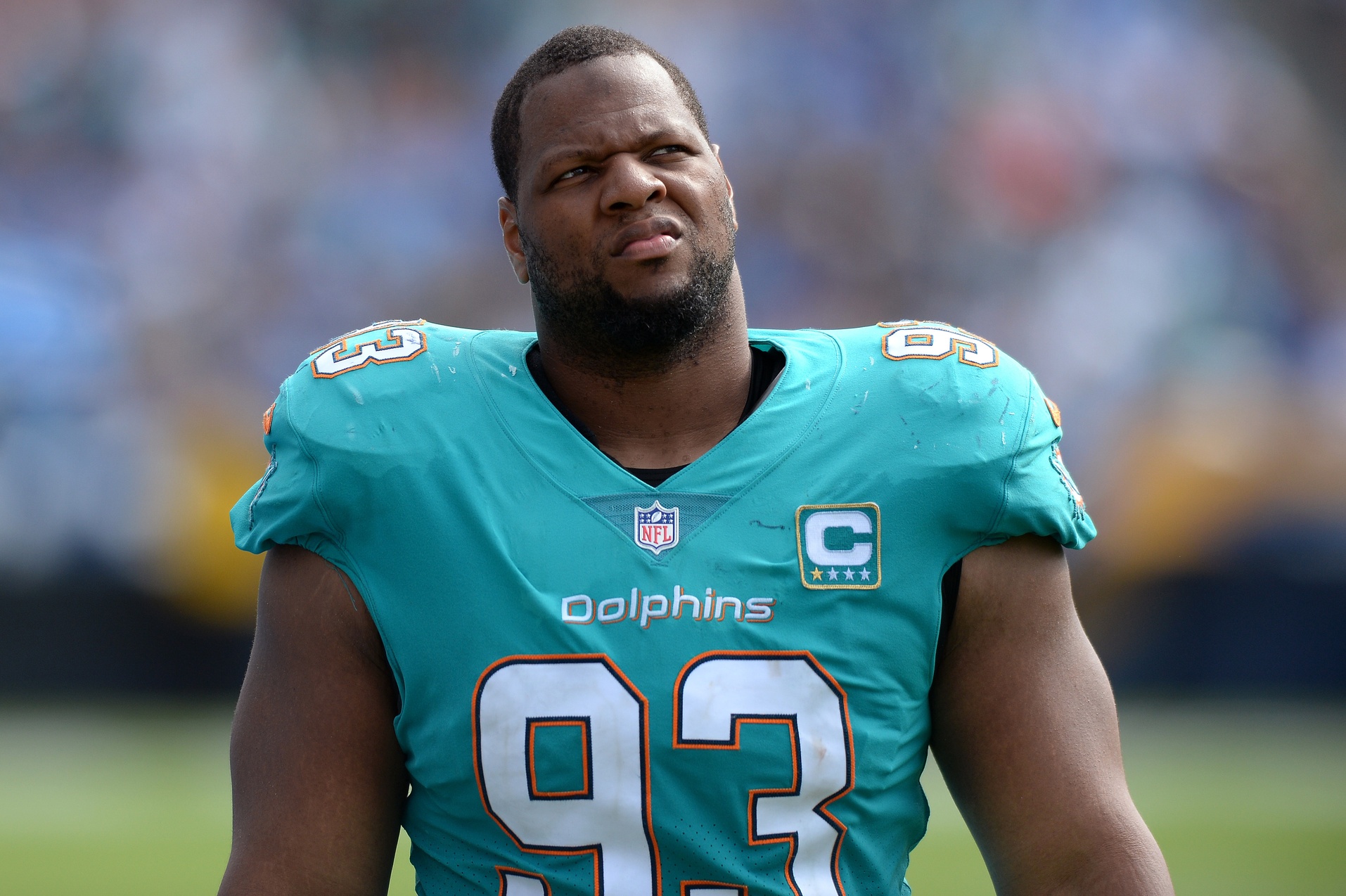 It is officially the legal tampering period for free agency.  Congratulations! You made it!  News is breaking around the league about which team is interested in which free agents and of players being released by their team.  Some news that came out Monday morning was that Ndamukong Suh may be released by the Miami Dolphins who are trying to create a culture change for their team.  This says a lot about Suh who has been called a dirty player over multiple incidents in the past. In 2015 the Dolphins gave Suh one of the biggest contracts in the NFL and if he is released, the Dolphins will eat 22 million in dead cap.  If Suh does become a free agent, is this someone the Rams should try to get on a team friendly deal?

Why would the Rams want Suh?  Ndamukong Suh is going into his 9th year in the league and will be 31 years old.  He recorded 2 passes defended, 2 forced fumbles, 4.5 sacks, 29 tackles and 19 assisted tackles in the 2017 season.  This netted him a 91.0 grade by Pro Football Focus which still puts him as an elite Defensive Tackle.  If the Rams could Pair Suh with Michael Brockers and Aaron Donald on the Defensive Line, it would be an absolute nightmare for the opposing offensive lines.  The front three would command so much attention that the edge rushers would have the easiest jobs in the league, which is good because that is one of the Rams biggest question marks at the moment.  With the additions of Marcus Peters and Aqib Talib, the Rams appear to be adding players that have been known to have some attitude when they play.   Ndamukong Suh would fit in perfectly with that group.

Why would Ndamukong Suh want to go to the Rams?  Suh grew up in Portland, Oregon so he would be able to return to the west coast and be closer to home.  He spent his first 5 years in the league with the Detroit Lions then he went to Miami where he spent the last 3 years.   In that time he made 2 playoff appearances with Detroit and made 1 playoff appearance with Miami.  Wade Phillips is one of the most respected Defensive Coordinators in the league and that could be appealing to a top tier talent like Suh.  Add that to the idea of playing in the best defensive line in football, with possibly the best secondary in football paired with the best offense in football and you can see why it would be appealing.  The Rams could come to the table with the pitch that they are making a push now and that he could help them get a ring.

Because Suh was paid such a hefty sum and is still due 22 million over the next 2 years the hope would be that he would be willing to sign a more team friendly deal with the hope that he could come away with a ring.  The Rams are making bold moves and are looking to win this year.  Will signing Ndamukong Suh be their next bold move?