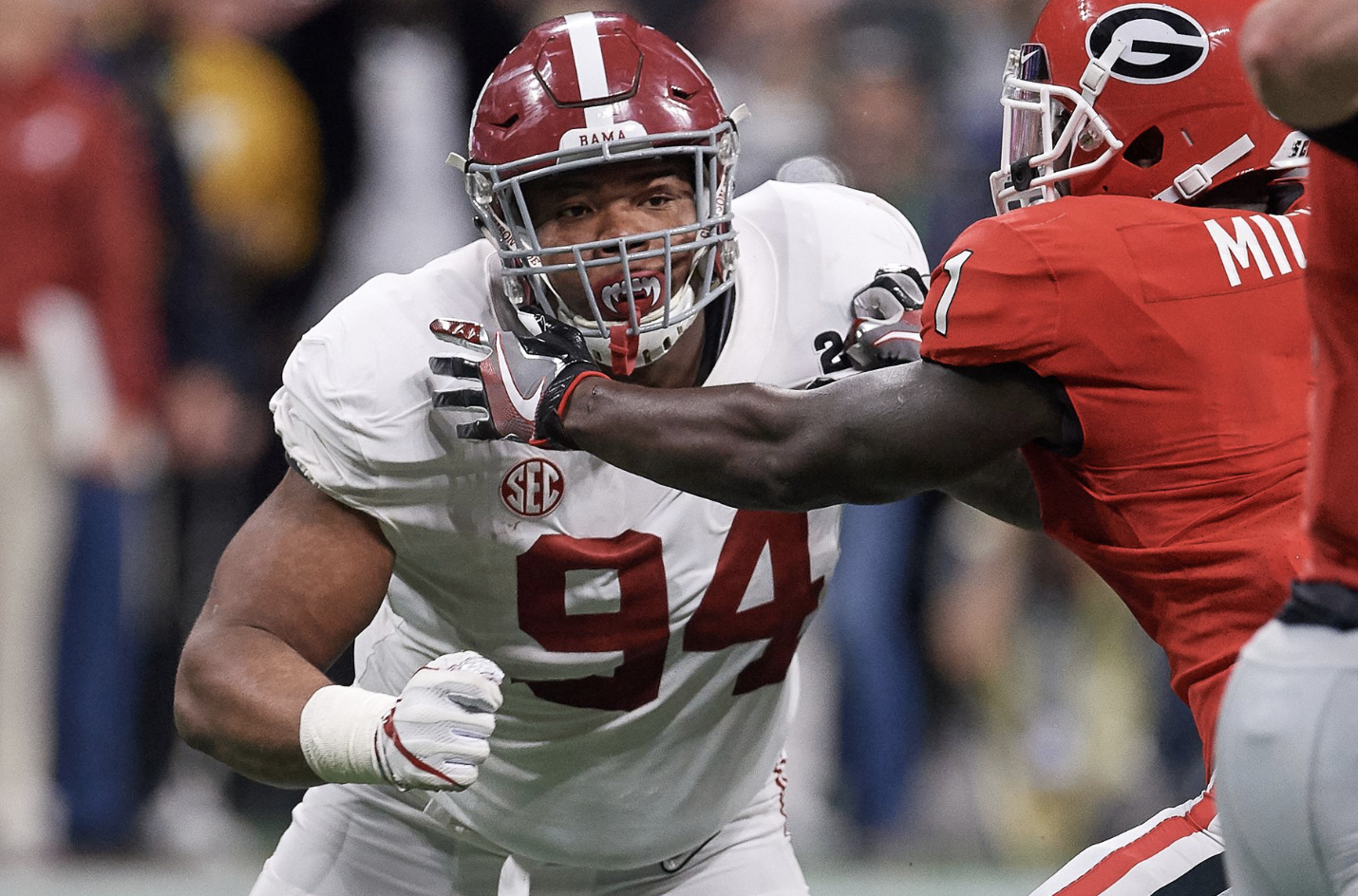 The NFL Draft is quickly approaching us and the Rams have a big decision to make with the 23rd overall pick. The Rams have made some recent moves including the acquisitions of Marcus Peters and Aqib Talb and the trading away of Robert Quinn and Alec Ogletree. The Rams’ needs have changed since the end of the season, and they will continue to change over the next month. As of now though, these are the realistic players that I think the Rams will be able to choose from at pick 23. Not all of them will be there of course, but of the players remaining at pick 23, the Rams should take the one at the top of the list.

In my opinion here are the Rams’ biggest needs:

1. Nose Tackle – The Rams’ run defense was atrocious in 2017 and if it was better, the Rams could have hoisted the Lombardi. Also, in my opinion, an addition of a true nose tackle will elevate the play of the players around him like no other position can.

2. Backup Left Tackle – Andrew Whitworth is 36-years old and he is not getting any younger. The Rams do not have a replacement behind him. If he were to go down, Rodger Saffold would have to go there and the line would have to shuffle. Drafting the heir to Whitworth would be a great insurance policy.

3. Inside Linebacker – The Rams just traded away Alec Ogletree and are in need of his replacement. Mark Barron is rangy, so the Rams should look into getting a linebacker that excels in run stopping.

4. Cornerback – The Rams just acquired Marcus Peters, Aqib Talib and Sam Shields, but there are still many questions surrounding this position. Talib and Shields are both on the wrong side of 30-years old and Kayvon Webster is coming off of a torn Achilles. Also, Nickel Robey-Coleman remains unsigned.

5. Backup Running Back – Todd Gurley had a great year in 2017, but the man needs some rest. The Rams did not feel comfortable with Malcolm Brown or Lance Dunbar to spell him. Lance Dunbar was also just recently cut. The Rams are looking for a running back who can fit the “Chris Thompson role.”

6. Safety Depth – Lamarcus Joyner averages 13 games played per season and although John Johnson III had a solid year, he might’ve been a one-trick-pony. Adding some safety insurance would be a great idea.

7. Center – John Sullivan remains unsigned and he will turn 33-years old before this season.

8. Right Guard or Right Tackle – Jamon Brown and Rob Havenstein are free agents after the season. Also, both of them could be upgraded.

NOTE: I am assuming that the Rams are re-signing Sammy Watkins, Nickel Robey-Coleman and John Sullivan and letting go of Trumaine Johnson and Connor Barwin. 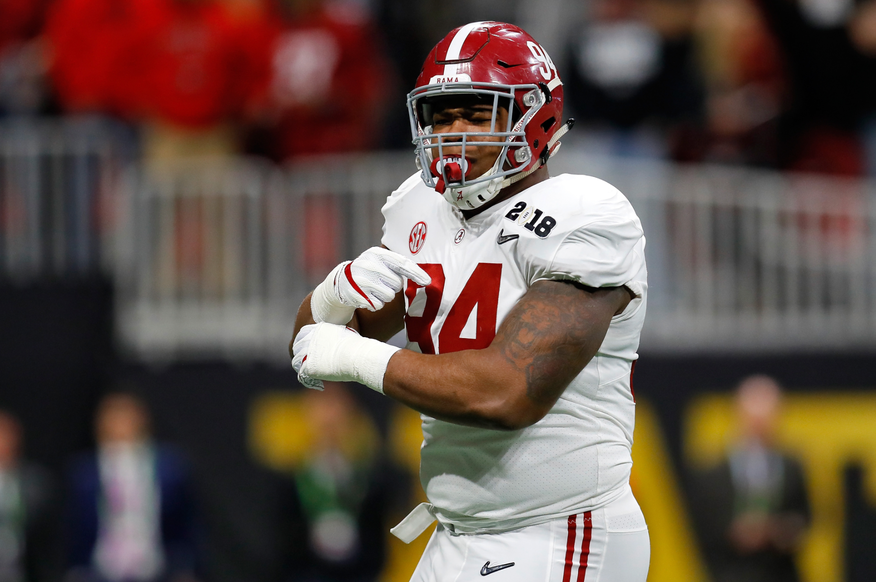 Payne will elevate the play of everyone in the front seven. He will occasionally need double teamed and so will Aaron Donald and Michael Brockers. Also, this is the fix to the Rams’ run defense struggles that they need. Payne is currently #3 on my big board (I haven’t scouted everyone yet), but he is expected to go anywhere from pick #13 to pick #23. If Payne is on the board when the Rams pick, his name better be on the card. His burst off of the snap, hand usage and athleticism are elite. 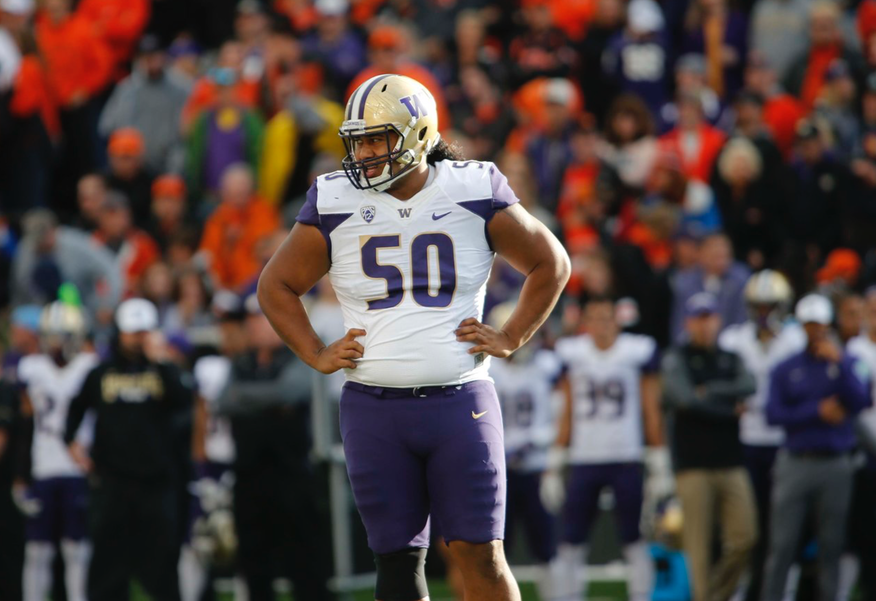 Like Payne, Vea will elevate the play of others and will demand double teams. Vea is a top ten player on my big board, but he should fall in the same range as Payne. Vea’s hands are really violent and he is super athletic. He ran a 5.10 40-yard dash and put up a Combine-high 41 bench press reps before sitting out the rest of it with a hamstring injury. 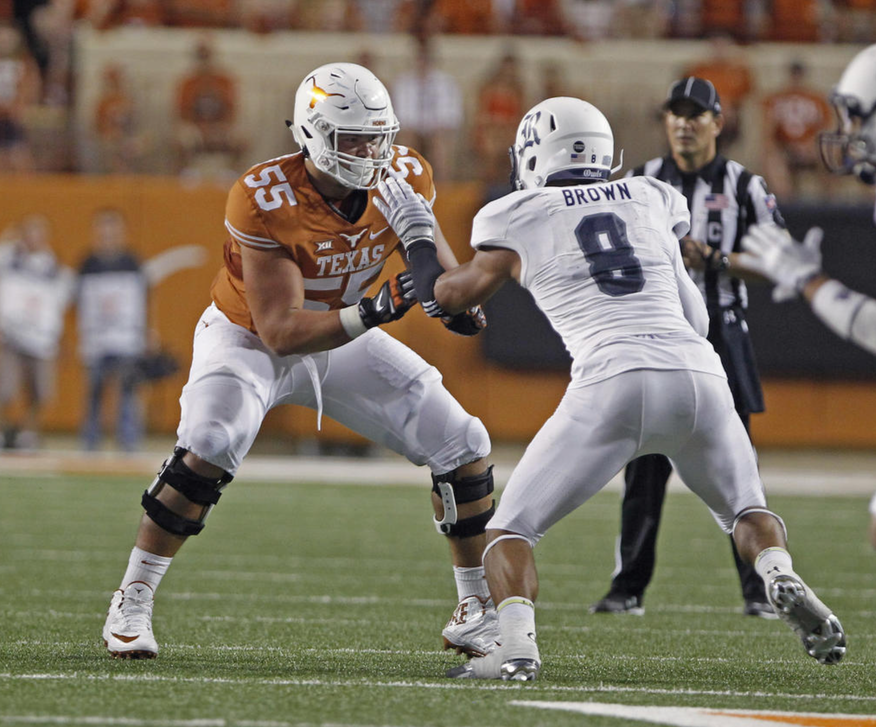 Selecting Williams at pick #23 would be a great insurance policy for Andrew Whitworth. The Rams could also plug him in at right tackle this year. If I were the Rams, I wouldn’t start him, but I would give him a ton of practice reps when Andrew Whitworth has his rest. Some, including ESPN’s Todd McShay, believe that Williams is a guard in the NFL (because he has shorter than average arms), but I believe he will play left tackle and will be a very good one. 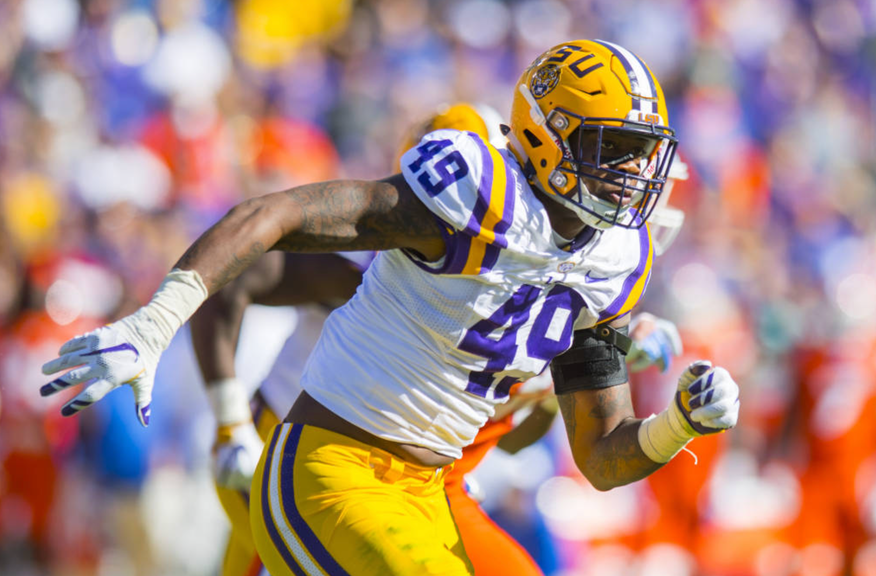 Key has his fair share of off-the-field concerns, but he reportedly aced his interviews at the Combine. He is very athletic and shows elite traits. The Rams don’t really have any edge rushers on the roster and Key could come in and start right away. 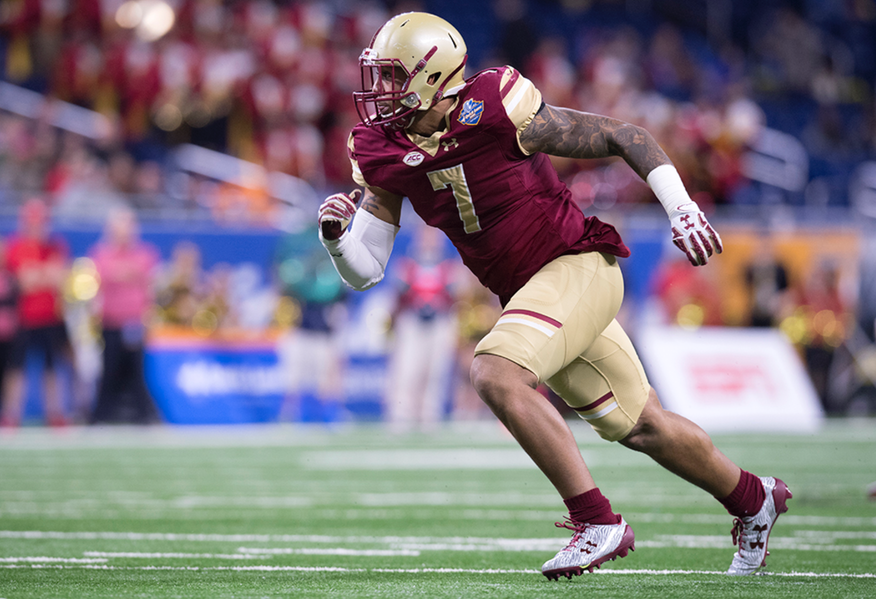 The Rams have a huge need at edge rusher and Landry is one of the best in this class. He had 16.5 sacks in 2016 but only five in 2017. He battled injury throughout the year which didn’t help. His bend and burst off the snap are elite. 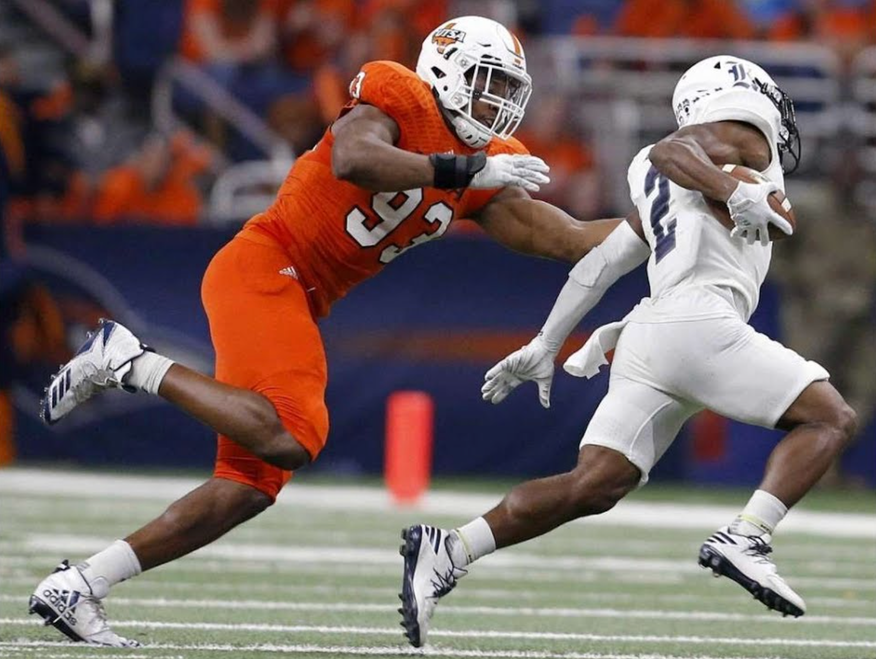 Davenport is very athletic, but he is very raw. I’m not high on him like most people, but I feel that he would be a great fit in the Rams’ front seven. He is a very good run stopper which would help the Rams out tremendously. 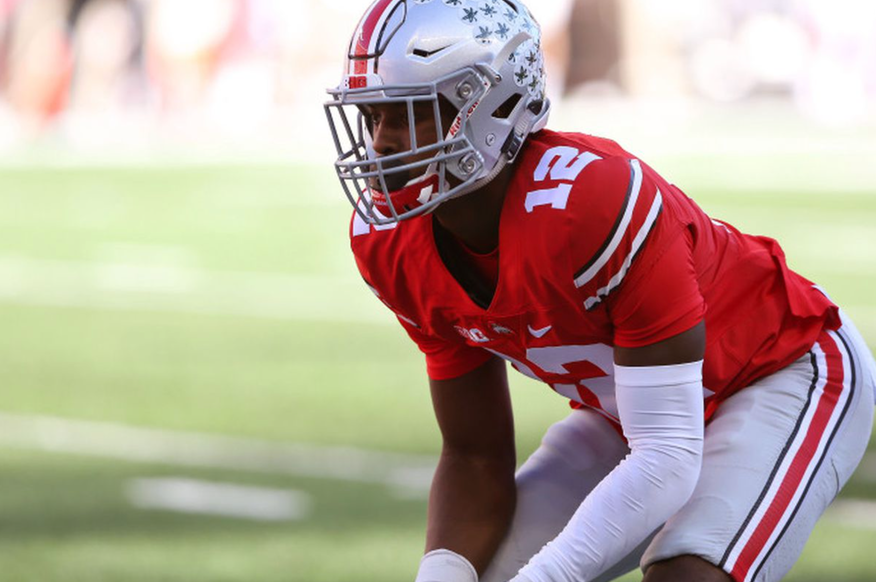 Ward is my #1 corner in this draft class. He is a little undersized, but he plays a lot bigger than he is. The Rams have taken a chance on a few undersized guys like Aaron Donald and Lamarcus Joyner and I think they turned out okay. Ward has great technique and is fluid in zone. 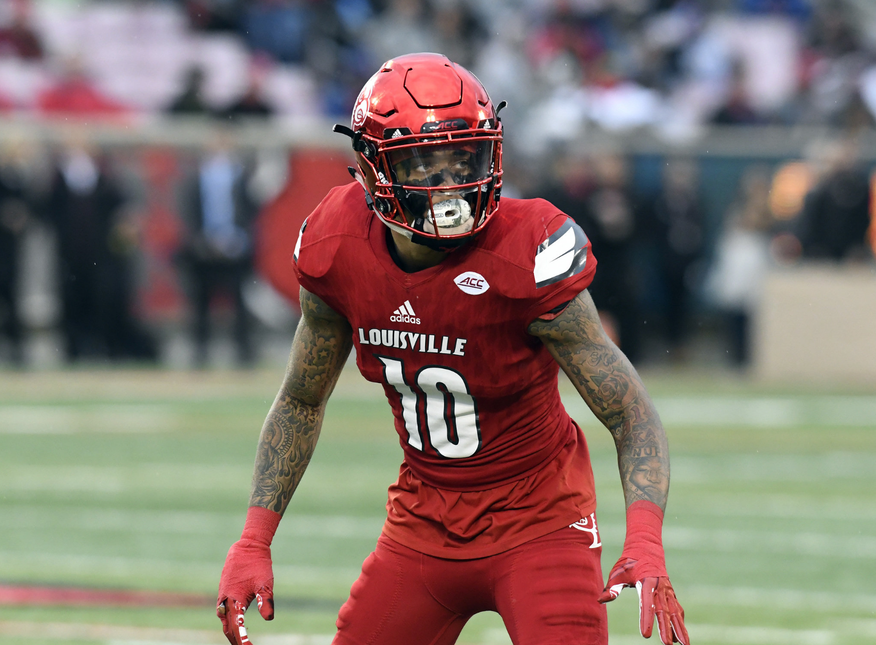 Alexander would be my #2 corner, but he suffered a hand and ankle injury this year which raises concern. Like Ward, Alexander is one of the few corners who truly understand zone. One thing that sticks out about Alexander is his trash talking. He is always seen clapping and jawing in receivers’ faces. 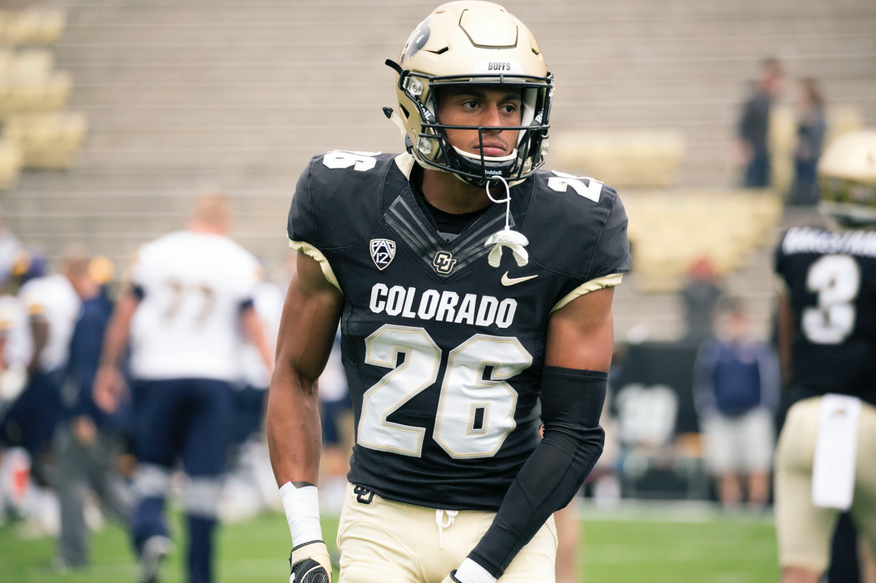 Oliver does a great job shading receivers to the sideline, and he has some of the best ball skills in the country. He does struggle in zone, but he is elite in man coverage. He has fluid technique. Oliver is my #2 corner in this draft. 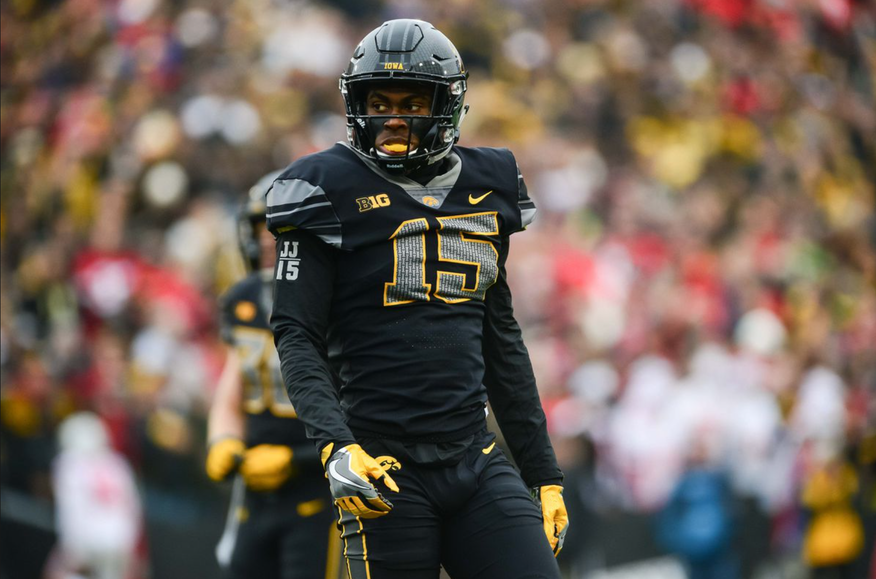 Jackson understands zone coverage the best out of anyone in the entire draft. He also has crazy ball skills that might be the best in the country. He is only a one-year starter though and he struggled in the drills at the Combine.