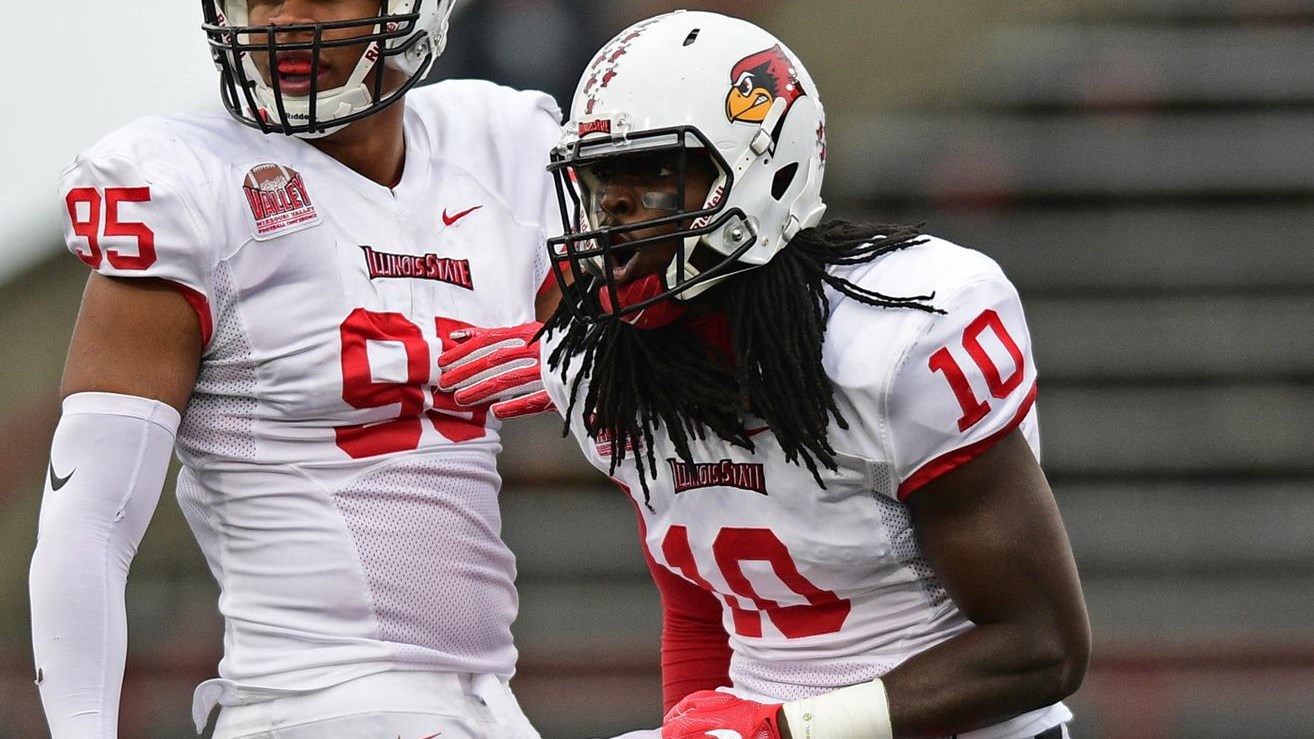 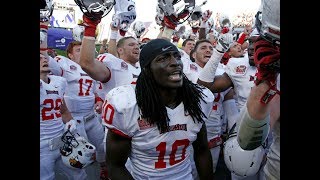 Harris’ athleticism jumps right off the page. The 6-foot CB shows the versatility to play inside or outside man at the cornerback position. He takes an aggressive stance getting right up into the receiver’s face to disrupt him off of the line of scrimmage. Harris shows the ability to stick with receivers while flashing his natural athleticism by flipping his hips with ease, back-peddling or just flat-out accelerating. Harris shows enhanced play recognition and will go the extra mile to make a play if he knows the ball is not coming his way. Illinois State often placed him on the edge as well to have him rush the QB and he showed the ability to do that as well. Overall, his play strength in which is shown by his ability to fight through blocks and make contact with the ball-carrier is NFL-worthy. His run support will not go unnoticed due to the fact he shows keen awareness and desire to pursue the ball-carrier. The flashiest part of Harris is not even his athleticism but his hard-hitting ability. He uses timing to dislodge a pass if it gets by him and into the receiver’s hands. The timing and power put together allow him to jar passes loose and incomplete. His work ethic is a plus and you can judge that based on the fact Harris benched over 20 repetitions as a CB.

While Harris is aggressive, he will need to be careful at the next level. When you watch the film you do see there are many times where something does not get called in college but you know it will at the next level. Harris can get grabby and hold on perhaps a little too long so he will need to clean that up. Perhaps his biggest knock is his lack of elite production against lesser competition. I don’t worry about that too much but it is a tad bit concerning based on the level of competition. He is a little raw and will need to refine his technique but it’s nothing a good bunch of coaching can’t fix.

He absolutely does, this is someone that can be versatile and perhaps allow the Rams to potentially fill their nickel corner position if they do not re-up Nickell Robey-Coleman. Harris’ physicality and ball skills as well as his, above-average speed, will allow the Rams to do more. Of course, Wade Phillips would also get a corner that was used as a situational pass rusher as well. With the Rams uncertainty at CB, they will likely look to double up or even triple up on corners in this draft and Harris is going to be an obvious fit. 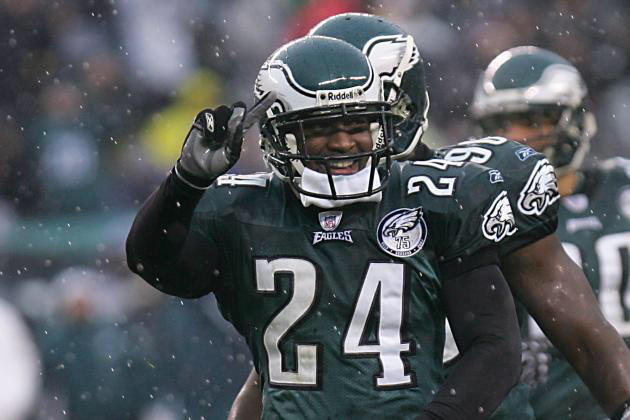 I love this comparison more than you know. First of all, I fell in love with Davontae Harris on tape, it’s just evident he offers so much to the table and that is without looking at what he did at the Combine. When you see a cornerback that runs a 4.4 and benches over 20 reps, you simply take notice. This is a cornerback that you should want on any team. The reason I compared him to Sheldon Brown is for the simple reason that both guys are athletically gifted and can lay the boom. Brown and Harris play bigger than their size suggests and they both ran in the 4.4’s. Everyone remembers Sheldon Brown because of his hard-hitting ability that he displayed on Reggie Bush his rookie year and Steven Jackson when he knocked his helmet completely off. Having a player like Brown is like having an enforcer in hockey, a pitcher that is not afraid to throw near a batter in baseball or a center that blocks the ball and shoves the shooter in basketball to send a message. When you see Harris over the middle, you will think twice about throwing in that direction. Brown developed that kind of mentality in many QB’s and of course, he gained a reputation for it that lasted just about his whole career. Expect Harris to be that kind of player.