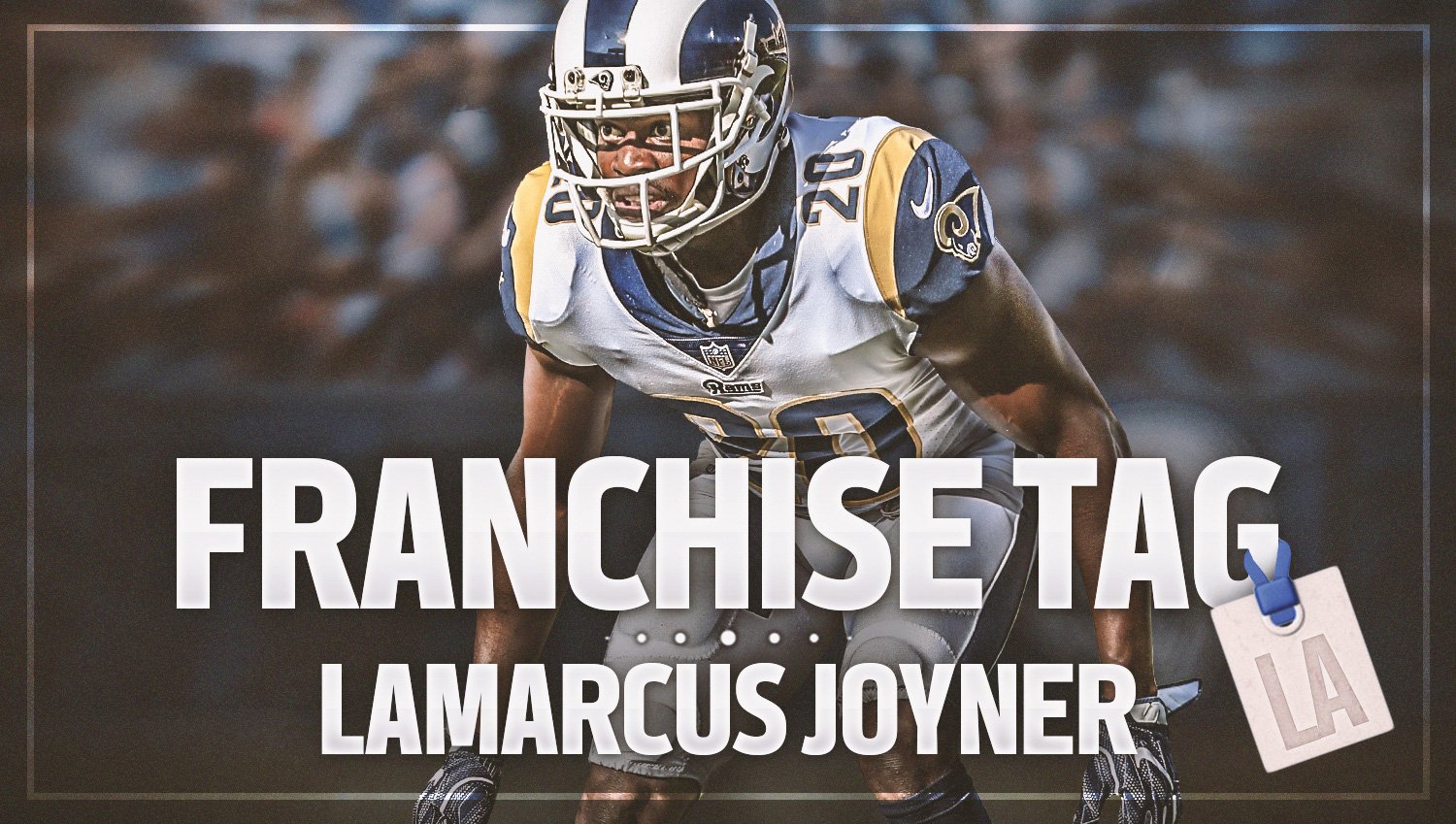 Today the Ram’s announced through social media that they have decided to tag LaMarcus Joyner.

Under the non-exclusive tag Joyner will make ~$11.29 million dollars.  Other teams may still negotiate with Joyner, however, if teams offer him a contract the Rams may match that offer and keep him.  If another team ends up offering Joyner and the Rams do not match, the Rams will receive two first round picks as compensation.

While it is nice to finally get an answer, we now have more questions.

What will happen to Sammy Watkins?  Is Joyner the only member of the secondary that will be kept? What about Johnson and Robey-Coleman?

Reports say that the team will aggressively pursue him in hopes of bringing him back.  However we do not know anything at this time.  This seems to be a priority over bringing back Trumaine Johnson, who is also effected by this.  If Johnson is willing to sign for a reasonable number, he may also be brought back on a team friendly contract.  Robey-Coleman, who has also become a fan favorite, played an important role on our defense last year.  His price will most likley be much lower and if there is a favorable market place the team will also try to bring him back.

Make sure to stay tune to Downtown Rams in order to stay up-to-date on Rams news!