Where should the Rams address their needs? Taking a look at the overall roster as it stands now there’s some obvious depth issues in some areas, particularly on the offensive line. Age and expiring contracts are soon to be a problem for the Rams front office.  This area of concern needs to be addressed through the draft. Taking a player like Connor Williams, offesnive tackle out of Texas with the 23rd pick to sit behind Whitworth for a year could be just what the Rams need going into the future. Williams could even play on the other side of the line or fill in for injuries to get some reps and get a good feel for the speed of the NFL, as he learns from Whitworth in year one.

As for expiring contracts? Jamon Brown and Rob Havenstein are in a contract year. They both played well last season not great but did show signs of improvement under the new coaching staff. Can they take another step forward and improve some more?

Absolutely, but nothing is guaranteed if anything the Rams should take a look at offering contract extensions in the summer to lock these guys down for a couple more years. Extending them now will probably save the Rams a little money as they still have something to prove and shouldn’t demand huge contracts.

The Center position is also a huge need with John Sullivan being a free agent. Good thing is he will be relatively cheap and you should absolutely sign him for another season. Austin Blythe also showed up when needed, he might turn into a nice starter in the future but for now keeping Sullivan at least one more season should be fine. It buys you another offseason to address the position if the staff isn’t confident Blythe can fill that role going forward.

Roger Saffold was an absolute stud last season. This is also his last season under contract. Do you extend him now? With his injury riddled past do you take that leap of faith based on his play last season? It’s a hard decision for the front office one that I’m glad I’m not responsible for. You can’t address everything in one offseason and maybe this is the one position you can hold off and play the wait and see approach before offering  Saffold an extension before he gets through another season. 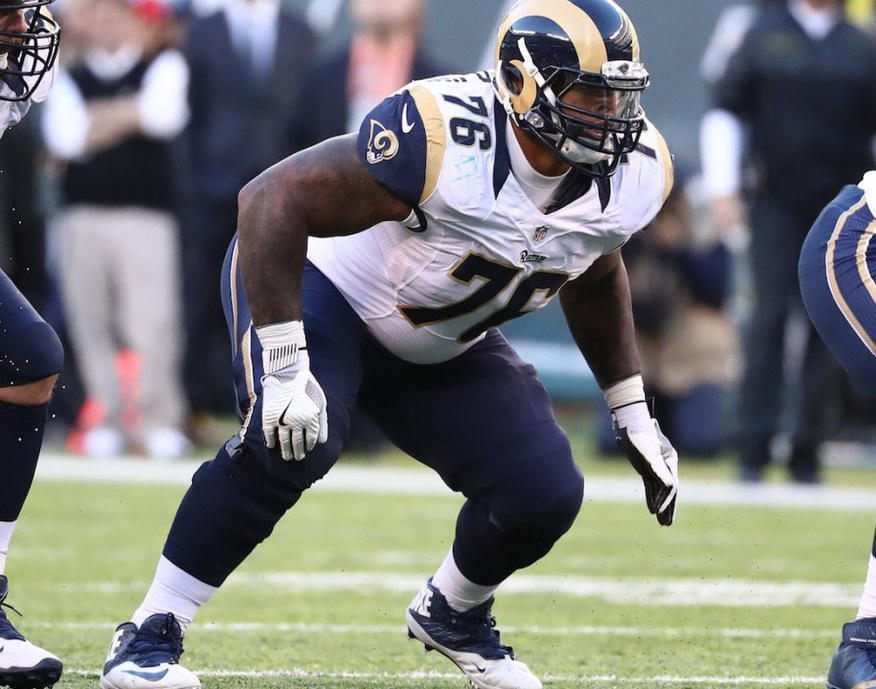 I’m sure the front office knows the depth and age of the line is a problem waiting to happen. Taking a look at last offseason I’d say they’re in good hands and every Rams fan should have faith they’ll make the right moves. Aaron Kromer did a fantastic job last season coaching up some of the players that hadn’t had much success under the previous regime. That alone should instill a ton of confidence that they’ll be fine.