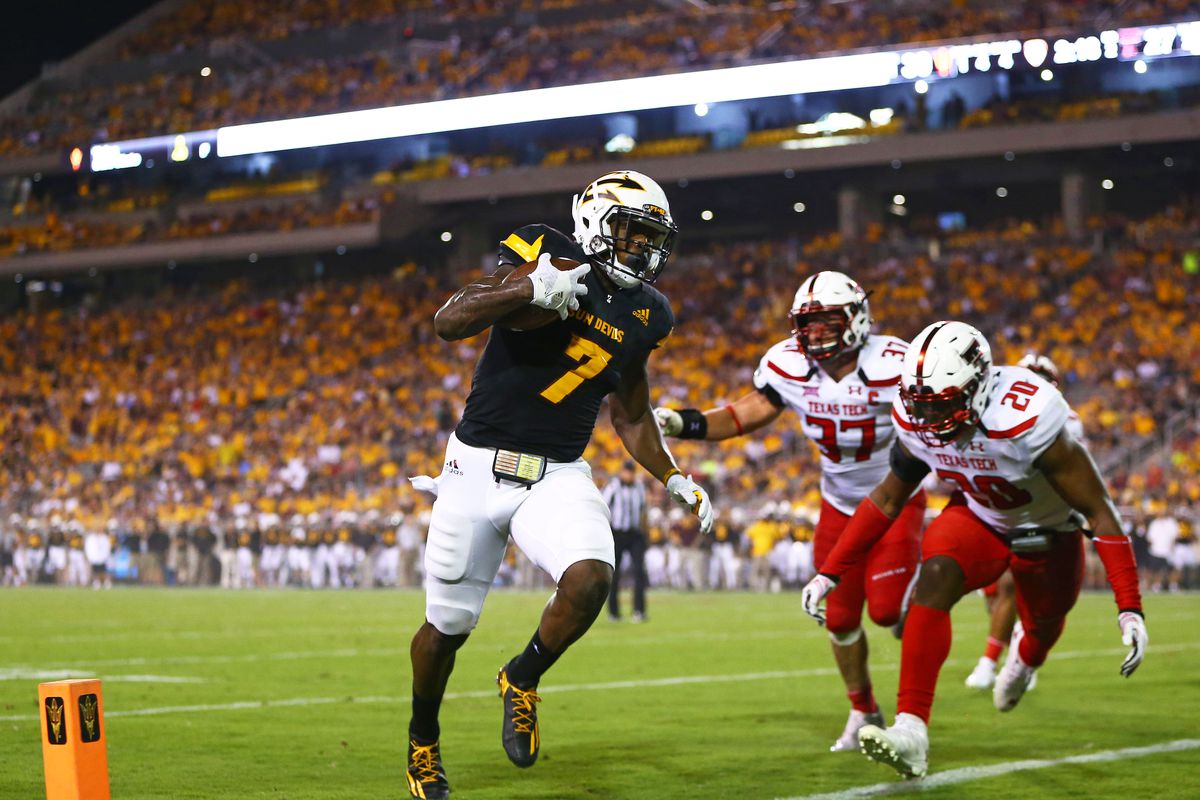 He’s what one might call the best RB from Senior Bowl and he’s on a mission. Ballage has big-time size and speed to really be a force at his position. Due to some inconsistencies, Ballage went from pre-season hype-train to almost completely forgotten. Until now… 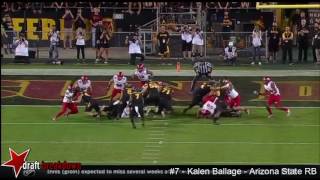 Ballage is patient runner that looks for a crease and then hits the hole with explosive burst. Ballage albeit huge, has deceptive speed, so deceptive that he runs in the 4.4’s in the 40-yard dash. He’s a great receiver that has the ability to dodge, hurdle over or just run over a potential tackler in space. Ballage is very good at sizing up his defender and leveling him by contacting first and making the first blow. Ballage excels in pass protection and will likely be a much better pro than a college player due to the fact he was in a system at Arizona State that did not fit his skillset.

There is such a thing as being too patient and Ballage can suffer because of that. For a man his size, he does not break as many tackles as you would like. The inconsistent production was due to the scheme but it’s still something to monitor at the next level.

He is not the best running back but he has one of the highest ceilings in the draft and is surprisingly good at almost everything. He can come into Los Angeles and instantly give the Rams a back they feel comfortable putting in when Todd Gurley needs a breather or they just want to keep the defense on their toes. Ballage may not seem like the stereotypical fit for that pass catching back role in Sean McVay’s offense that he had with Chris Thompson in Washington. However, let’s not penalize a player that has great size and ran a 4.4 at the combine. He’s a good fit for the Rams because of what he brings to the table, it’s everything the Rams need that they lacked last year. If the Rams want to protect their star RB’s future they will make sure that they find someone to snag a few carries from him. That right there is Kalen Ballage who should be there in the fourth round. 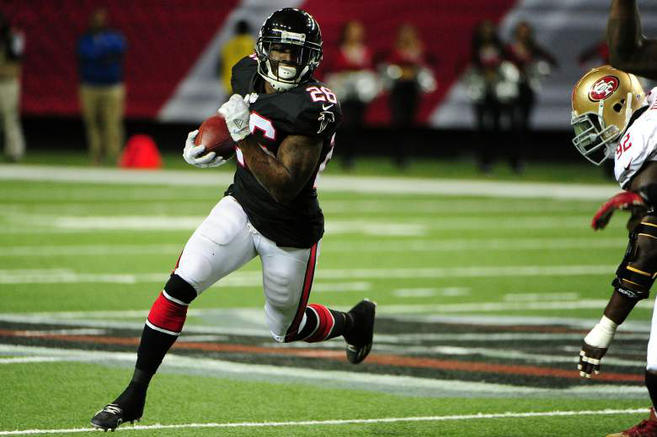 Ballage and Coleman are both big backs that are fast and can be absolute threats out of the backfield as far as receiving goes. Coleman is joined together in Atlanta with an elite RB in Devonta Freeman and Ballage could join the best RB in the league in Todd Gurley. Rams fans saw first-hand how well Freeman and Coleman work as far as a duo goes, Ballage and Gurley might be even more than that. There are other players you can compare to Ballage but Coleman seems like the best one due to that rare speed and size combination.