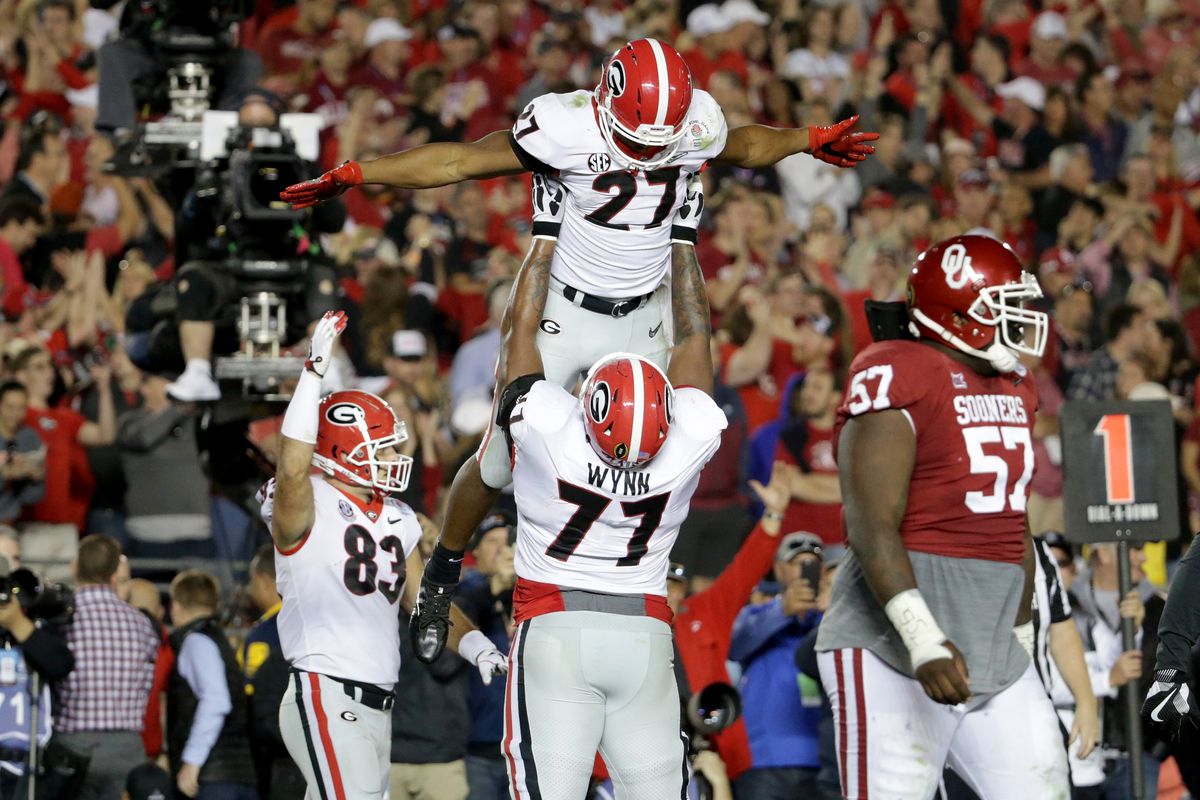 The combine is here and on the first day the Running backs, Offensive linemen and Specialists will take center stage to show off what they have for NFL scouts, executives and coaches alike to play at the next level. Here are the players that Rams fans need to watch tomorrow. 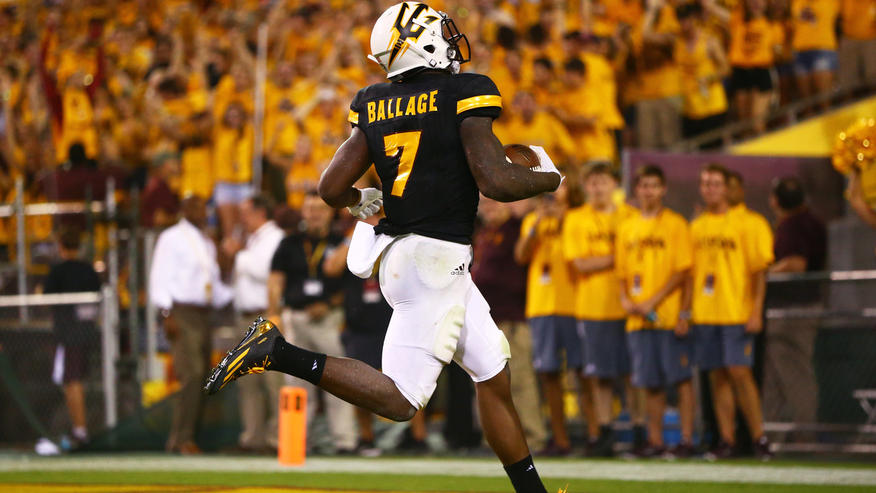 The Rams are interested in bringing in a RB to back-up and have a significant role in the passing game behind superstar Todd Gurley. Here are some names to keep watch today.

Kalen Ballage, Arizona State – Perhaps my favorite (not my highest graded) running back of the draft. Kalen Ballage was great in Mobile, I got to see him up close and personal. Ballage showed off his ability to really do everything well, but when you turn on the tape, he lacked that consistency. Ballage has a ton of upside with the fact he’s a rare athlete that can catch the ball with ease, has the power to break through tackles and has the athleticism as well as speed to hit the second level. Ballage and Gurley might cause a stir in the NFC West. (Rounds 3-5)

Nick Chubb, Georgia – Chubb is a former teammate of Gurley’s and has gone through almost the exact same path going from star to the sidelines due to a serious torn ACL. Chubb has since moved past it just like Gurley but still hasn’t fully regained his explosion. Still, though, Chubb has the ability to be a threat in the NFL, he teamed up with Sony Michel to basically form the most dynamic duo of running backs the college game has seen in a long time. Chubb may not seem like an ideal fit but he has sneaky receiving ability, he is able to pass protect, he’s decisive, he has great vision and is able to fight through contact while finishing his runs. This may not seem like the most sensible pickup but fans should keep a close eye on Chubb who should run well at the combine. (Rounds 3-4)

Chase Edmonds, Fordham – Sure, the former Fordham Ram going to the Los Angeles Rams might seem like a cheesy storyline but Edmonds is a very intriguing prospect. He was a four-year starter who shows the shiftiness and the pass-catching ability to man that change of pace back role behind Gurley. Edmonds is going to be interesting especially due to the fact he has the potential to really develop a role as a receiving back and could turn into a Theo Riddick type of back. (Rounds 4-6)

Nyheim Hines, NC State – Hines is slowly but surely turning into one of my top RB targets for the Rams. Hines shows some similar abilities to Alvin Kamara but overall I think I would compare him to former Ram Tre Mason. Hines has that home-run hitter ability to take one all the way back to the end zone. He shows great balance, suddenness, he hits the hole with a burst of speed, he’s smooth as can be in space and is a monster threat as a returner or receiver. I think his ceiling is extremely high and could be a nightmare for defenses at the next level. Hines’ ability to extend the play and fight through tackles while going right back to his top speed is what ultimately impresses me the most. He’s expected to run the fastest 40 time out of all of the RB’s. (Rounds 3-4)

Mark Walton, Miami – Walton has been extremely underrated by many throughout this draft process but the Hurricane RB will be noticed at the combine. Walton has the ability to run with speed and or power. He’s elusive and has the ability to bounce runs to the outside and win as soon as he gets to the sideline. He struggles as an inside runner and he’s not amazing in pass protection but make no mistake Walton can make plays receiving out of the backfield and will be a very good option behind Gurley. (Rounds 3-4) 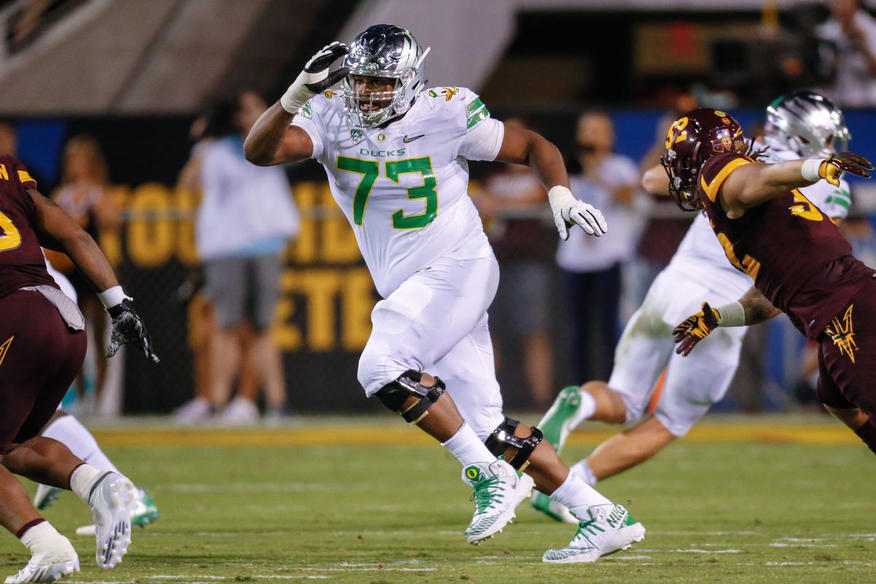 The Rams have a 36-year old Left tackle in Andrew Whitworth, an impending free agent Center in John Sullivan and the rest of the offensive line starters Rob Havenstein, Jamon Brown and Rodger Saffold are expected to hit free agency next season. Here are some prospects the Rams could be after.

OT Tyrell Crosby, Oregon – In a very minimally talented LT class, Crosby shines and shows the ability to play the blindside tackle position. Crosby is likely to go in day two simply because he has been such a consistent offensive tackle in his career and offers the ability to play the tackle position. The draft lacks tackles but it especially lacks tackles that rarely gave up a sack in college. Crosby is one to definitely watch out for. The Rams will need to get ready for life after Whitworth whether they want to or not. (Rounds 2-3)

C James Daniels, Iowa – A very physically gifted athlete coming from an offensive line school? Daniels is exactly what an NFL team is going to want in a center. He will start day one, no questions asked. He might end up shooting his way into the first round if he has a good enough showing. (Rounds 1-3)

G Will Hernandez, UTEP – It’s scary to imagine how good of a player Hernandez is going to be. Hernandez just repped 37 on the bench press and is primed to blow up the combine in every way imaginable. Hernandez dominated the Senior Bowl and at this point it would be a shock if he isn’t drafted on day one of the draft. A possible elite upgrade over Jamon Brown? (Round 1)

OT Jamarco Jones, Ohio State – He’s not going to blow your expectations out of the water but Jones could offer a plug-in-play type of player for the Rams who would be ready to start immediately at the LT spot once Whitworth leaves. He doesn’t have the highest ceiling but if you are striving for a safe option which is “good” not “great” you take Jamarco Jones. (Rounds 2-3)

Chukwuma Okorafor, Western Michigan – A lot to work with here as far as prototypical build. Okorafor has the overall size to play either tackle position. He’s big and tough but will need to be molded into a legitimate starting NFL tackle. To do that, first of all, he will need to work on fixing his footwork which is a mess and he will need to work on his balance. The body is there and now it’s time for NFL coaching to sculpt Okorafor into a contributing player at the next level. (Rounds 3-4)

OT Timon Parris, Stony Brook – The project that the Rams might be looking for to develop behind Whitworth is right here. Timon Parris, he can play guard but he projects well to the tackle position. He’s got good size and has the technical skills to eventually grow into an NFL-level starter. Parris’ footwork is very impressive but he is a bit of a project as previously mentioned. He lacks the initial aggression and it can cause him to fall behind his opponent early on but what is most concerning is his lack of knee bend. Parris still has a lot to work with. (Rounds 4-6)

C Frank Ragnow, Arkansas – Perhaps the future center in Los Angeles, Ragnow is mean and is going to get the last push in. A very aggressive center that can also move over to guard. He’s a captain-like player that will be a starter as soon as he enters the league. The Rams will definitely have him on their radar. (Rounds 2-3)

G Isaiah Wynn, Georgia – Sure, he’s a guard but you might have to give the guy who just played left tackle for the College Football Playoff Title game appearing Georgia Bulldogs, a shot at his position. Wynn projects well to guard but he has the versatility to play anywhere on the offensive line in my mind. He was dealing with a shoulder tear during his time in Mobile and dominated the competition. It’s hard to see why he wouldn’t go in the first round and the Rams could kill two birds with one stone here by drafting Wynn to possibly take over long-term for Whitworth and having him play guard for now. (Round 1)