Report: CB Trumaine Johnson will not be back with the Rams 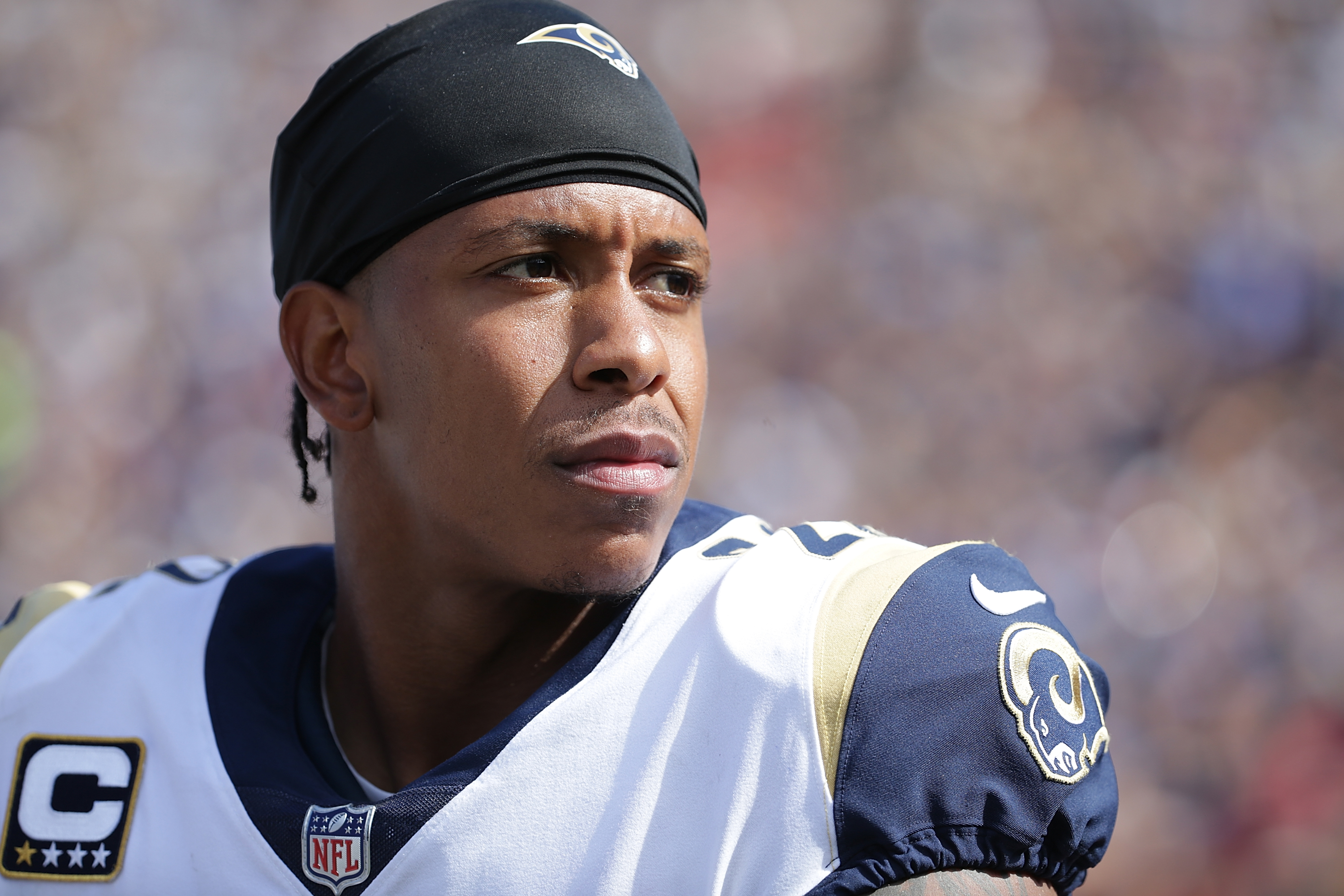 According to a recent report by Jason La Canfora of CBS Sports, “Trumaine Johnson will not be back with the Rams, according to a league source“

The 28-year old, Trumaine Johnson, has been the Rams starting CB for just about his whole career. The former third-round pick out of Montana has been with the team during its time with Janoris Jenkins, during it’s darkest time and of course, this past season during what many would call a magical season. Johnson has been vocal about wanting to stay a Los Angeles Ram and despite the fact he was pretty much told he wasn’t going to be back next year, he took on the 2017 season with an open mind and was voted a team captain by his teammates.

Johnson was rated as the number one cornerback in press man coverage and 15th overall as graded by Bleacher Report’s Ian Wharton. It’s become clear if the Rams are willing to part with Johnson despite the fact that their number two cornerback is coming off of two major surgeries, the team is putting more of a premium on bringing back FS LaMarcus Joyner and WR Sammy Watkins. Even more obvious now is the fact the Rams are likely to draft a CB and even sign one in free agency. Whether or not the Rams feel Johnson is a scheme fit or not is unknown but what is know is the fact that Johnson has made almost as much money in franchise tags as the Rams have cap space to spend in free agency.

One thing is for certain, this off-season is vital for the Rams and we have only seen a sneak peek of what’s to come if these reports are indeed true.