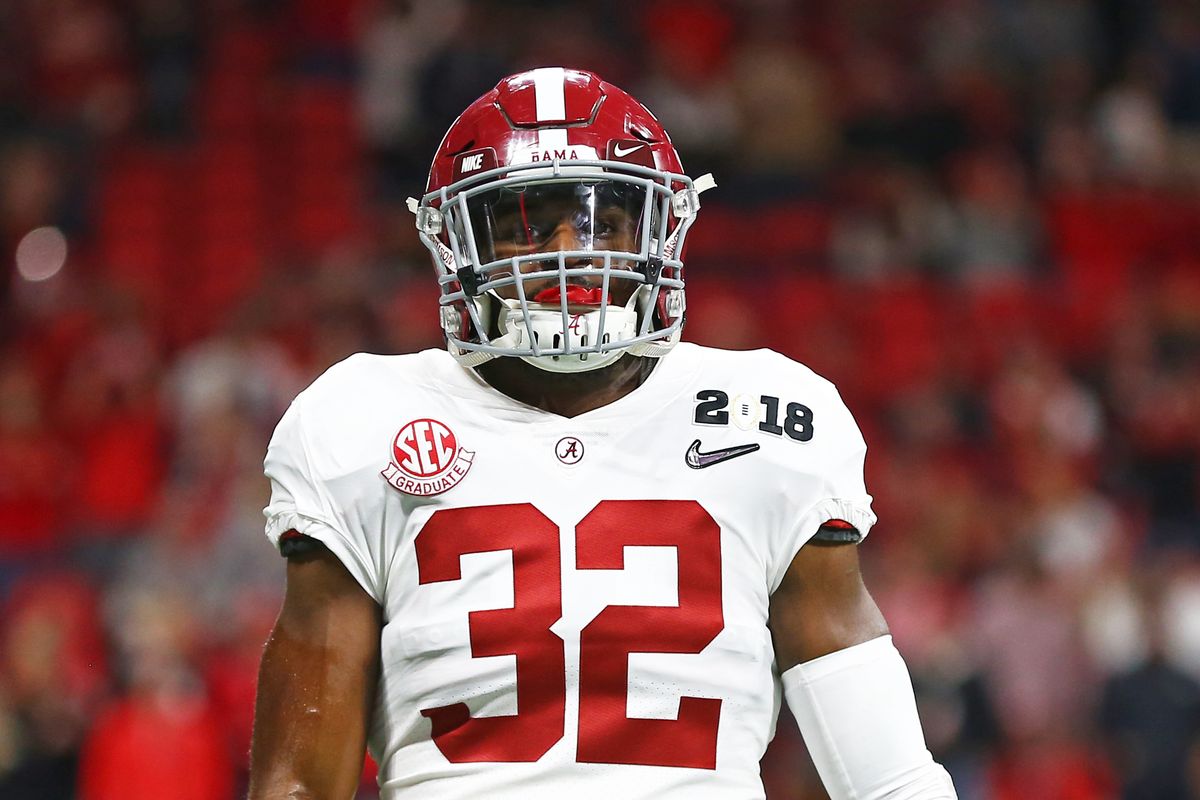 Mark Barron has been a really solid football player for the Rams since his acquisition from Tampa Bay. The former first-round pick lays the wood and has improved in almost every aspect of his game but unfortunately, the team that traded for Barron back in 2014 is no longer that type of team. They are a team that has switched defensive schemes under legendary Defensive coordinator Wade Phillips and will likely need to upgrade the linebacker position. Even though Barron has likely outplayed Alec Ogletree, it will not be enough due to the fact Ogletree was recently extended. The Rams need that “thumper” on the inside next to Ogletree and Barron as great as he looked is not a fit for a 3-4 defense. Here are five linebackers that can replace and upgrade the position left behind by a potential departure of Mark Barron. 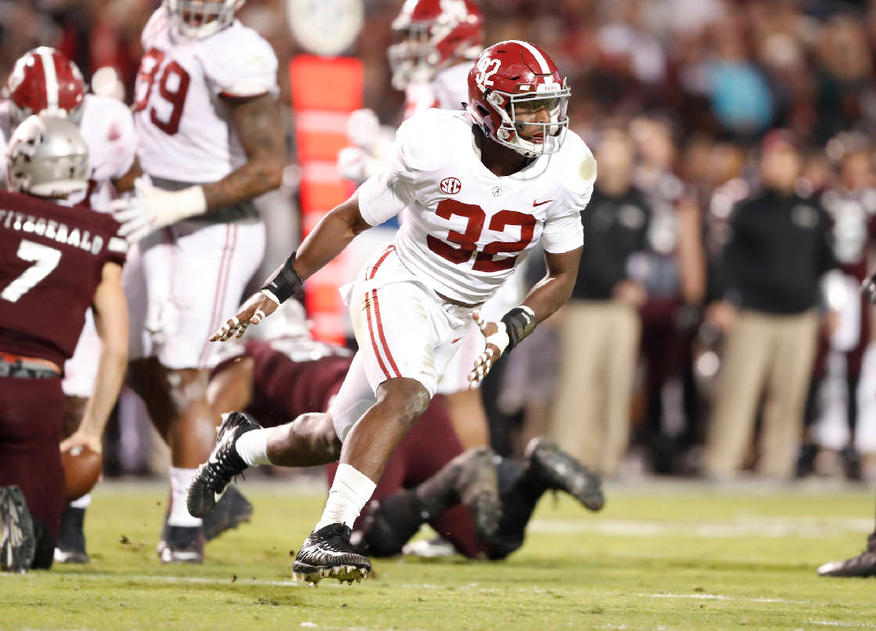 Let’s start off with the best and most realistic option for the Rams, Rashaan Evans. Do you want that big-time thumper in the middle? Evans has that. Why did I not mention Tremaine Edmunds and Roquan Smith, because they won’t be there at 23. Evans might, and that is due to his injury. Aside from that Evans is clearly a top-15 player in this draft class.

He’s a quick processor of what is going on around him, he’s fast and can chase his target sideline-to-sideline. One thing to bear in mind as a linebacker prospect is the ability to play with instincts and not have to think about what to do. Evans is an instinctual player that has the athletic ability to turn him into a star at the next level. Does he hit harder than Barron? That’s debatable, but what Evans would do is fit in like a glove in a 3-4 scheme and fill a role that the Rams haven’t had to fill in years. The Rams for years were a 4-3 operating team and now since their defensive scheme switch, they officially need to upgrade.

He’s a natural fit and he has shown the ability to consistently improve upon himself. He is going to be able to step in right away from day one and play the position well. He won’t be baited and he won’t find himself completely out of a play. The Rams saw consistently during their first playoff game how hard it is to stop a running game without the proper linebackers. If you would have plugged Evans in that game it would have been a different game altogether. That right there, is exactly why the Rams need to upgrade the position and Evans have to be number one on that list if that’s truly the case. 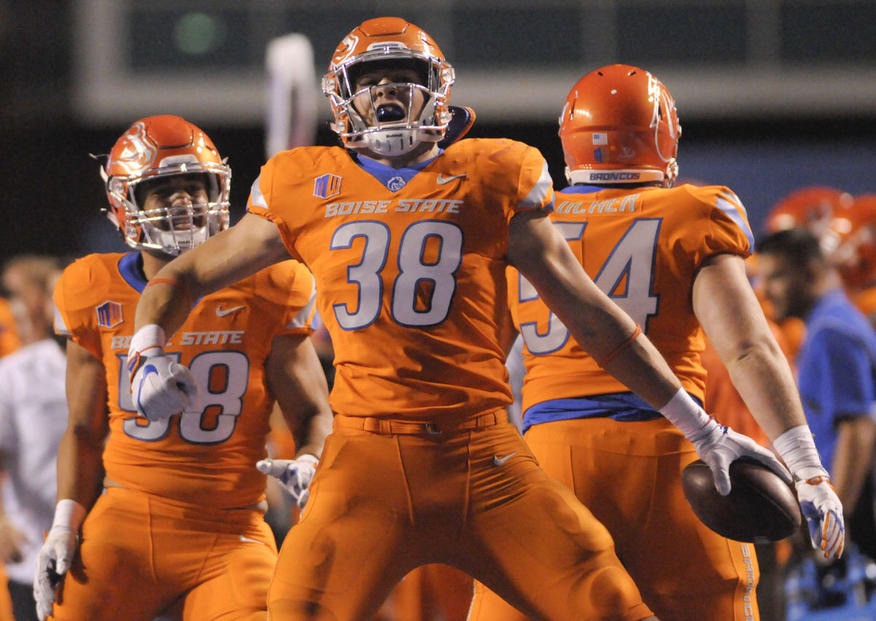 Next we have the late first-to-second round option Leighton Vander Esch. It’s not a guarantee the Rams even recover a second-round pick but it is a guarantee that Vander Esch does not make it to round three. He’s someone that has a fit right away just like Evans as a thumper, he doesn’t have the quickness Evans possesses, but he can do a multitude of different things.

He has the instincts, the versatility to play inside or outside and once he makes contact he finishes the tackle. This is someone that is going to be relentless until the whistle is blown and he’s someone that could be a mainstay on your roster for a long time. The Rams need that inside presence as already mentioned and while Evans is the best fit, we are still talking about a player that will have first-round buzz leading into the draft. This is a good player that would make an immediate impact for the Rams next Ogletree in 2018. 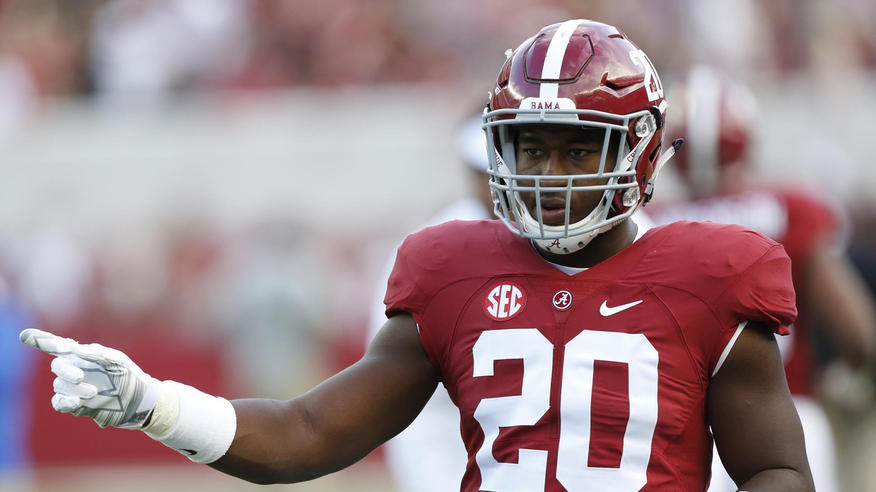 Durability concerns are a shame and it’s likely what is holding Hamilton from becoming a day two pick but that’s okay. The Rams will have the opportunity to land a natural leader at the position. Hamilton can be had likely on the third day of the draft. He’s short but that’s not an issue because he is built well overall. Hamilton has the toughness and passion to play the inside linebacker position.

He’s played next to Rueben Foster and now aforementioned Rashaan Evans and has worked well with them. Hamilton is a highly intelligent player that is great at controlling gaps and would be a great fit next to Alec Ogletree. He’s kind of the consolation prize that has the talent to go in the first three rounds if he never had those injuries. Above all, Hamilton excels dropping into coverage like a defensive back, he’s going to be a great find for whoever is willing to bite the bullet and draft someone coming off a torn ACL in 2016 and a broken kneecap last year. 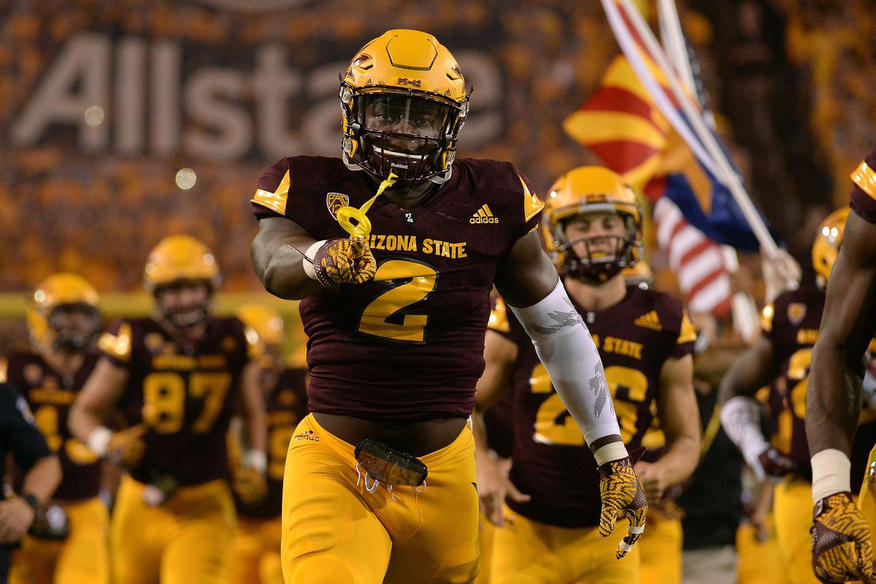 He’s got the expected size to play inside but he packs a mean punch. Christian Sam is a punishing tackler that has the strength to take down bigger ball-carriers and the speed to play sideline-to-sideline. Sam is not going to blow the doors off for any team but he’s another one of those blue-collar linebackers that will play for your team for years and be productive while doing it.

He’s going to be able to drop into shallow coverage but if you ask him to do too much he’s bound to be overwhelmed. He’s going to need to improve as a blitzer for a team that blitzes the inside backer as often as Wade Phillips does, but he’s going to fill his role well.

Sam can likely be had in the later portion of the draft. He doesn’t have the upside of Hamilton as mentioned above but he might be selected ahead of him due to him being the “safer” pick. If you want an honest evaluation Sam has a lot of good things you like and is likely the “safe” do everything well pick but not anything at an elite or great level. 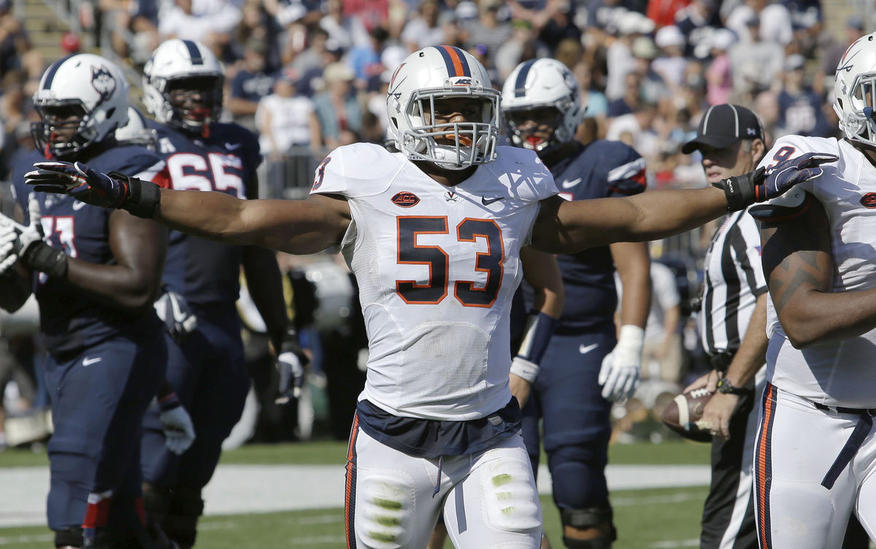 We hear the term “old school Thumper” a lot during the draft season and that’s exactly what Kiser is. His stock has been victimized by the fact that players like Rashaan Evans (who are the new breed of linebacker) exist. Micah Kiser is another one like Christian Sam that is not going to blow you away with measurables and might be the perfect value if he tests poorly at the combine. He’s well-built for the old school 3-4 inside linebacker position and is going to produce at the next level. He’s a sound tackler that has the football instincts and overall feel for the game.

So, why is he predicted to fall to later day three then? Well, he’s simply not that guy that can drop into coverage, he’s not a sideline-to-sideline athlete and he doesn’t have that elite short-area burst that will make him successful like a Roquan Smith at the next level. His play speed is barely above average unlike Smith’s who looks like he has turbo straight out of a video game. The Rams can decide who they really want, it’s important to keep in mind that Barron was fast and losing him and adding a guy like Kiser might look more like the part but will slow down the linebacker group. Still, Kiser in the later portion of the draft possesses great value and will be hard to pass up if a team wants the look of the 3-4 inside linebacker. Kiser is certainly that.

Report: CB Trumaine Johnson will not be back with the Rams