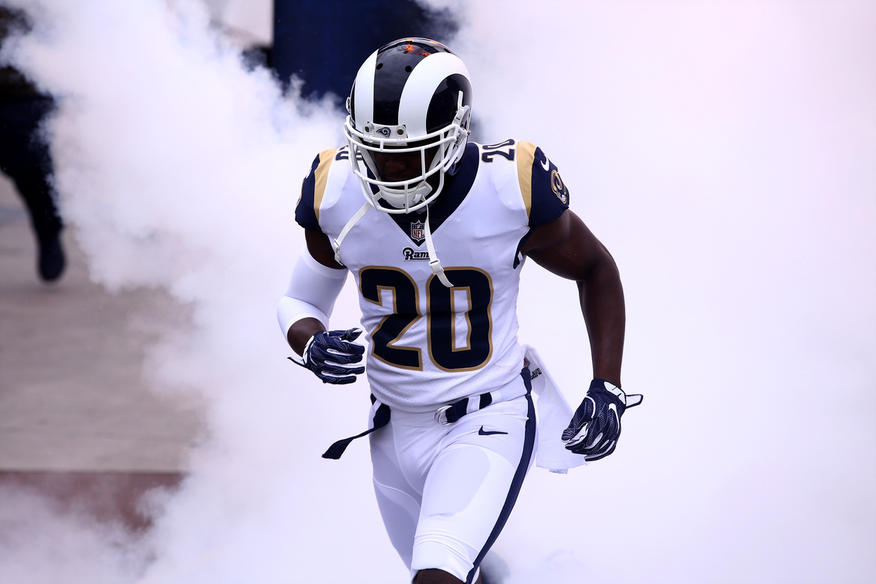 The Rams are in a very good position this off-season to make serious strides from division champ to Super Bowl contender. As it stands right now according to Fanspeak.Com , the Rams go into free agency with 66 million under the cap. For it to be a truly A+ off-season here what the Rams should do, including my mock draft 2.0!!!

1. We get the big one out of the way first. Aaron Donald becomes the highest paid defensive player in football. 6 yrs, 125 million. So we are down to 67 million.

2. Then instead of tagging him at 17 million, we sign Sammy Watkins to a 5 year, 60 million dollar deal. Down to 55 million

3. Reward LaMarcus Joyner for being the most consistent player in our secondary. 6 years, 48 million. Takes us to 45.5 million

4. Then you resign Tyrunn Walker,  Nickell Robey-Coleman and Ethan Westbrooks to deals totaling 8 million for 2018. We sit at 37.5 million

Now we look at players from other rosters in free agency. There are a few spots to fills. We need LB help, CB’s, a true NT and a backup QB

4. And a solid veteran backup QB in Blaine Gabbert at a low price of 1 year for 3 million. Leaves us with 18.5 million under the cap.

Here are my projected trades

1. Trade #23 to Pittsburgh (who covets Rashaan Evans even more than the player I want) for #28 and a 2nd round pick.

2, Trade that 2nd round pick to New England for #63 and 4th round pick

3. Trade Mark Barron for a 4th round pick

4. Trade Tavon Austin for a 7th round pick and a conditional 2019 pick

So that leaves us with a draft that looks like this

So with that, here is how I see the draft shaking out:

Obviously, I am not in the War Room but if Free Agency and the draft play out like this, the Rams will set up both in the short term for playoff runs, but also for the future with top level players to replace guys like Whitworth, Sullivan and Quinn.