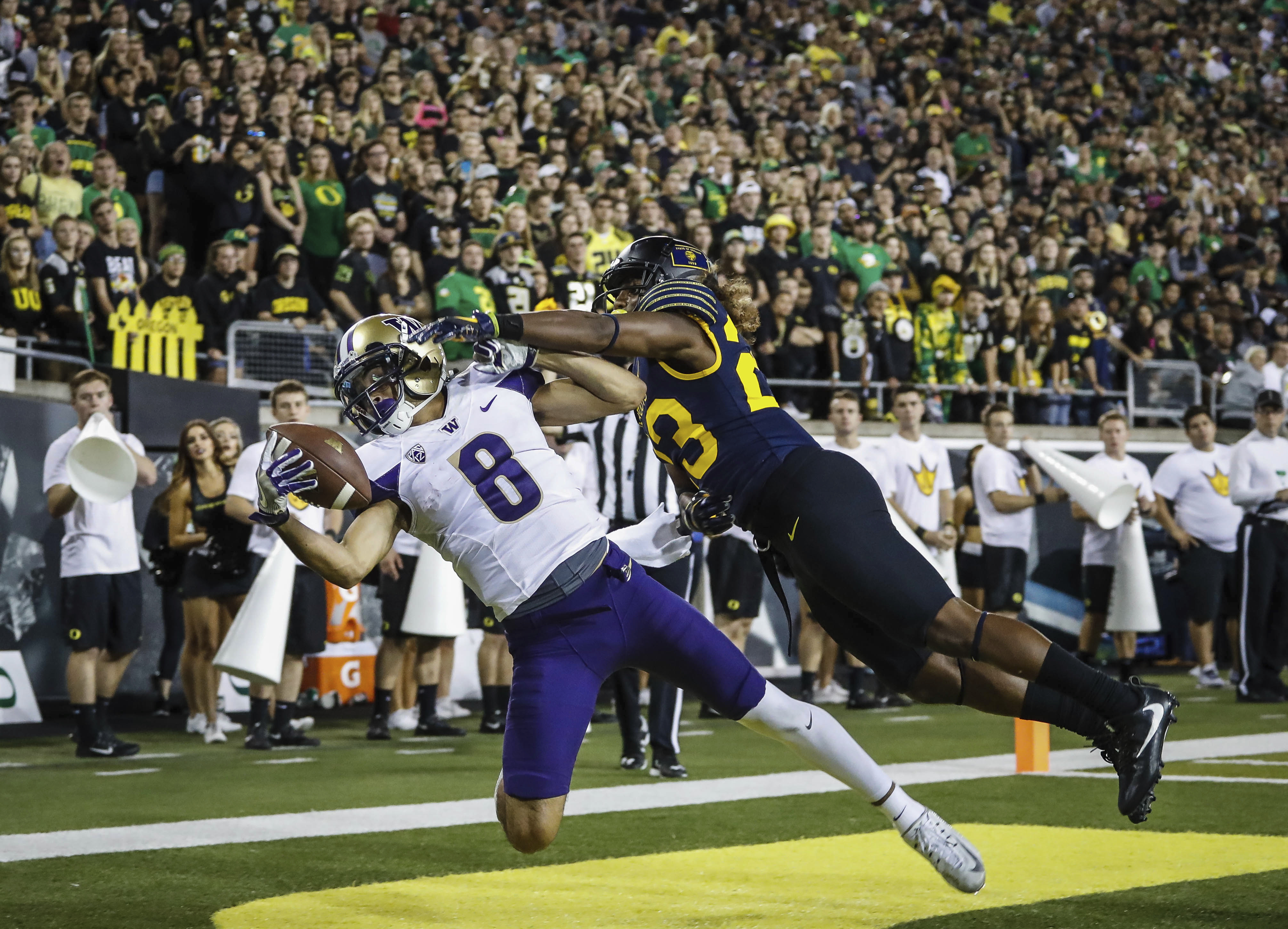 Pettis is an explosive receiver and returner that has been a huge part of the Washington offense over the past few seasons. His cousin is former Rams WR Austin Pettis and he’s the big reason Dante ended up at Washington. Head coach Chris Peterson coached Austin at Boise State and now at Washington, lured Dante to sign there. Pettis is an interesting prospect that is going to generate a lot of buzz after the first round of the NFL Draft. 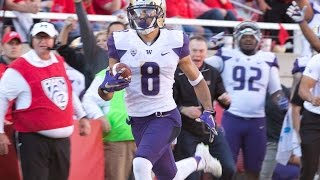 Pettis possesses the explosion off the line of scrimmage to beat the cornerback cushion and has the subtle hand usage to beat the press. He’s played outside and he’s played in the slot and will be able to do either at the next level. He has the lateral agility to easily cut right into the secondary with his smooth hips and cutting ability which makes him a prime big-play target once he gets behind the safeties. He uses no wasted motion in getting downfield and does a great job of using his head and his whole upper body to use route deception and fool defenders. When in space, Pettis is almost unstoppable, he’s quick, decisive in his vision and he just knows how to make a man miss. His route running is some of the most consistent you will find in this draft, his hands are natural and his body control is great near the line of scrimmage. His ability to finish the play while contested is really impressive and he flashes the ability to go up and get the 50-50 ball consistently if given the opportunity. He has a keen awareness of what is going on around the field at all times and he’s a willing and able blocker. He’s also likely the pest return man coming out of this class and is going to be a great player at the next level.

The weaknesses for Pettis are lacking and that’s a great thing when you look at it. Pettis simply just doesn’t have the ideal outside receiver frame and would likely want to bulk up a bit and he doesn’t have the long speed that will translate everything he does to the NFL.

Really well, this is someone that has a limited amount of weaknesses and if chosen, he would give the Rams the opportunity to move on from Sammy Watkins. Yes, Austin Pettis’ cousin probably makes the most sense for the Rams out of any receiver in this draft. He is going to be able to fit right into Sean McVay’s scheme right away with his route running ability, willingness and ability to block and of course his big-play ability. Pettis is also an excellent returner that would fit in well next to Pharoh Cooper on the kickoff. He has a lot of the little nuances in his game that will leave him more polished than many in this class and will allow him to play right away. If the Rams scooped up another third round pick or even a second, Pettis would have to be an option if they didn’t want to pay Watkins. If Watkins comes back on a long-term deal, this probably doesn’t happen. However, if he is tagged or doesn’t come back at all, Pettis makes a ton of sense for the Rams. 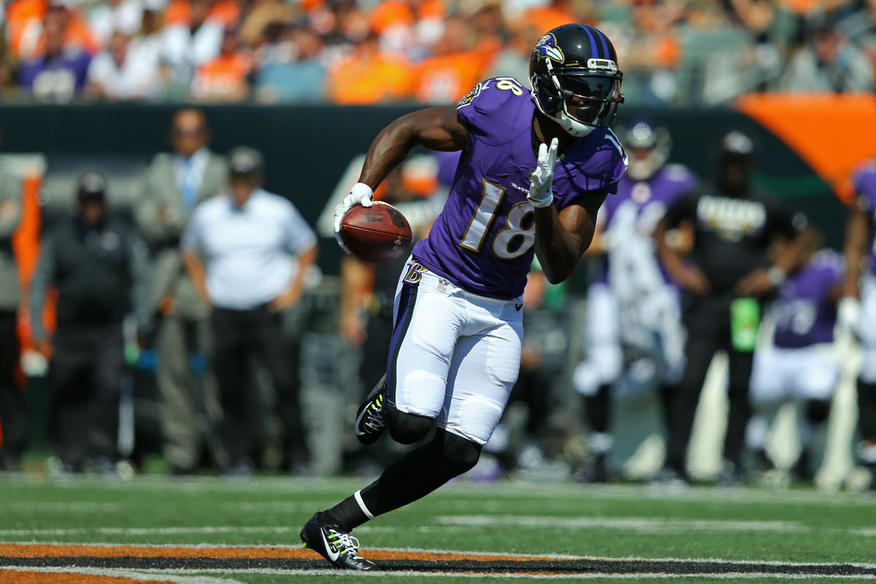 I really like comparing Dante Pettis to Paul Richardson but Richardson I realize is likely because of the frame. It didn’t make much sense when I went back and thought about it so now we have Jeremy Maclin. Of course, Maclin has faltered later in his career but he has been a model of consistency for the majority of his tenure in the NFL and really doesn’t have too many weaknesses like Pettis. Both stand at 6-feet tall and both aren’t extremely bulky but are quick and very reliable receivers. Pettis, like Maclin, is likely to be overshadowed by a receiver for the majority of his career and then once that receiver leaves he’s going to be appreciated and people will realize how good he really is. I expect that same type of scenario to happen because neither guy has that blazing 4.3 speed and neither guy is a big 6-foot-4 receiver. Maclin and Pettis are both outstanding route runners that explode off the line of scrimmage and both have solid hands that make them a huge threat on 3rd down. This might even be the guy that is labeled a “possession receiver” for awhile in the NFL but you need him and you are going to realize like Maclin, Pettis is way more than just a guy. Pettis can be a number one receiver at the next level if everything goes the right way for him.