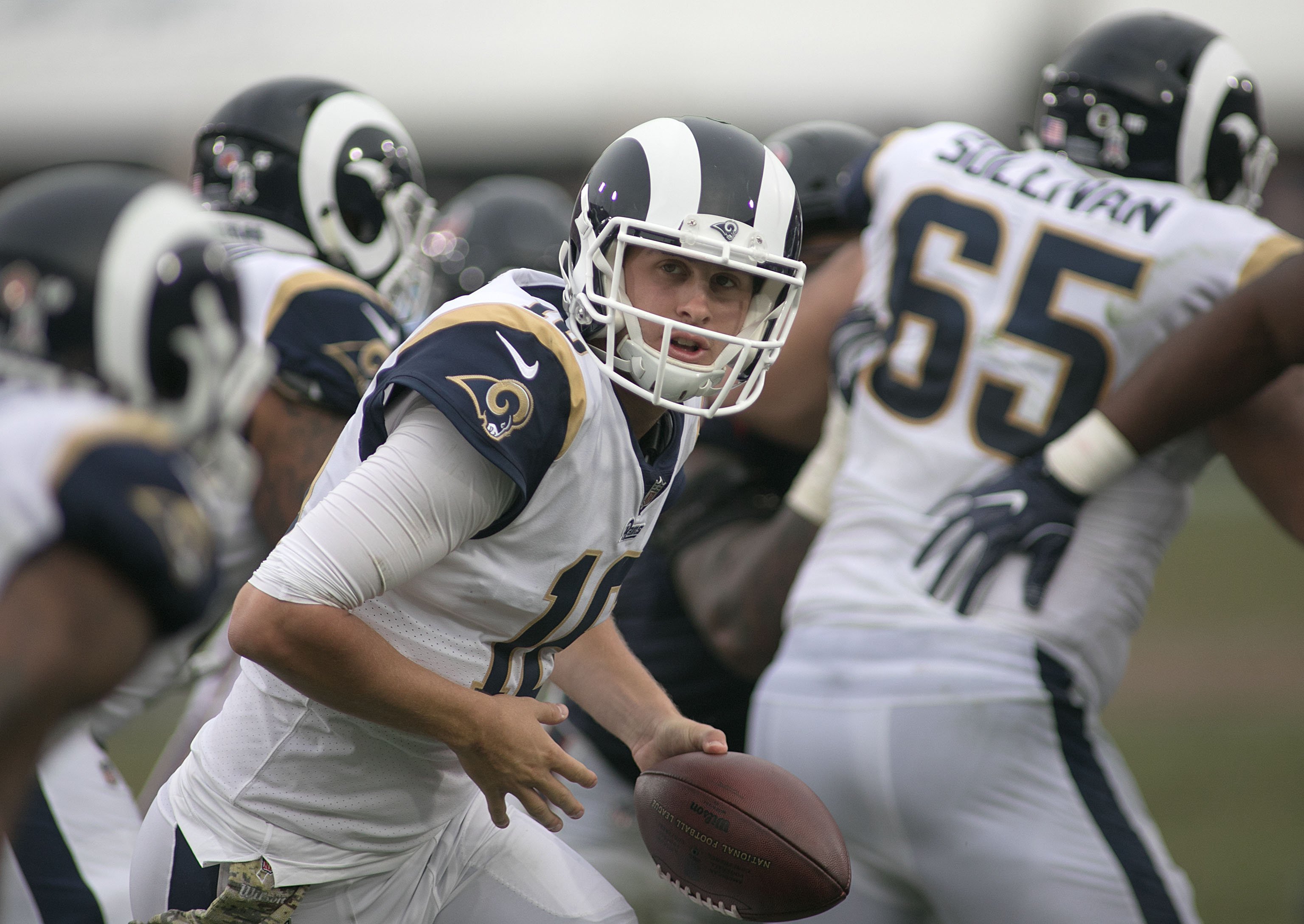 It’s around that time of year when everyone speculates which player their team should re-sign. Well, here’s an interesting one, Jared Goff. No, it’s not time to pay him but it’s never too early to take a look at the future and Goff is going to cost a lot for the Rams to keep down the road.

Spotrac recently put out a market value projection for Jared Goff and here is what we got from it:

This value is based on the simple fact of taking the contracts of QB’s that happened at Goff’s age of contract extension. Here is what we have:

This value is based on Goff statistically compared to the QB’s mentioned above prior to signing.

So, first of all, this is skewed a little bit. Goff only played in seven games his rookie year and he struggled mightily in them. Even after the year he just had it still wasn’t enough to push his rating among the top guys. Goff shouldn’t worry though, this is a QB that improved heavily in his second year and still has two more years to play and boost his stock. You may think $21M is a lot annually but in the thick of things right now? It’s not. It’s going to be way more if Goff continues the pace he is on after the 2017 season. You saw a QB that only started seven games at the age of 26 receive the richest contract in NFL history. If Goff can continue to improve and lead his team to the playoffs consistently and potentially win a Super Bowl he is going to be expensive and likely the highest paid player in NFL history when it’s his turn. Of course, there is also Carson Wentz but Goff will be two years younger to add even more to his value. Luckily for the Rams, they will have $150,000,000 million of cap space to work with, not really, but right now that’s what they have since only Alec Ogletree, Robert Woods and Johnny Hekker are signed through 2021. Tavon Austin is, but we already know his fate.