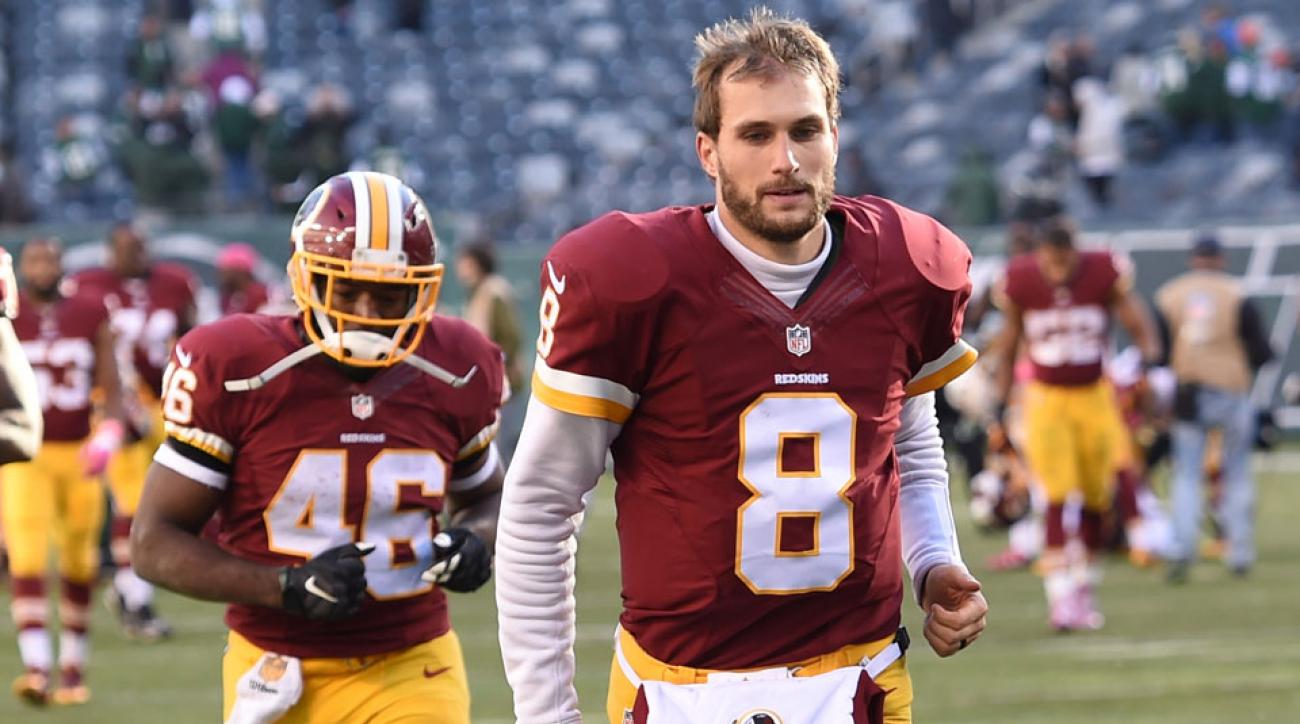 Well, another season done, and we have Free Agency looming ahead of us. In the weeks and days leading up to the start of Free Agency on March 14, I will take you through each position group and the available players. I will present you with the team the fit best, and which teams are likely to pursue them. We will begin, of course, with the quarterbacks. I will forego players like Drew Brees, who will certainly resign with their current teams.

After trading a 3rd round draft pick and CB Kendall Fuller for former Chiefs QB Alex Smith, Kirk Cousins is going to be testing free agency and what looks to be a massive payout. After two years on the franchise tag, Cousins is going to make big money. He’s not a top 10 QB, but he is a proven starter, and will be able to elevate the roster of a team in need.

The Broncos have a championship caliber defense, and a stellar group of skill position players on offense. What they’ve lacked since Peyton Manning retired is a steady hand behind center. The Broncos have expressed their infatuation with Cousins, and Elway knows how to reel in the big free agents.

Each of these teams have questions at quarterback going into next season, and every one of them will likely pursue Cousins. I think the Broncos and the Cardinals are the only teams with a chance.

After essentially missing two full seasons (he played a few snaps late this past season), Teddy Bridgewater bears a lot of question marks as he goes into free agency. While there’s a distinct possibility that the Vikings bring him back, Teddy showed two years ago that he can be a starter, and could garner some attention from some of the more desperate teams.

I’ve seen Hue Jackson use mobile quarterbacks to win quite a few football games. He has had success with Jason Campbell and Andy Dalton. He also pursued RG3 in his first season as Brown head coach. I don’t think he’s done there, and could give himself a lot of options in the draft by going with a former Pro Bowler now.

The Vikings might see Bridgewater as their future, and resign him before he hits free agency. After all, they know better than anyone where his health is at right now. The Cardinals need a quarterback, and Coach Wilks has said that they will not be rebuilding.

You might be noticing a trend here. Case Keenum pulled off a miracle against the Saints, so does he have enough magic left to score a big payday? Keenum played like

There’s a fair amount of love for Keenum in Minnesota for what he pulled off this year. He clearly has chemistry with his receivers, and there

I can see the Cardinals signing Keenum to a deal to help them bridge the gap to a quarterback they draft in the mid to late rounds. The Bills just seem desperate to find a QB who is not Tyrod Taylor.

It’s insane that there are three starting caliber quarterbacks for the Vikings, and all of them will be free agents this year. Bradford, with his age and injury history is the least of these three signal-callers. There will still likely be a franchise that will go after him.

Todd Bowles does not get nearly enough credit for what he has done with aging journeymen quarterbacks. He managed to squeeze all the talent out of Ryan Fitzpatrick and Josh McCown. I think Bradford’s career can turn around in a big way in the Big Apple.

These three teams are looking for a talented pocket passer, and might not have the patience to draft one. Bradford, given his health history, may end up in one of these less than enticing franchises.

McCarron will be a restricted free agent, so the Bengals will have the right to match any offer made to McCarron. He’s been a solid backup and performed well during extended action in 2015.

The Browns already screwed up trying to trade for McCarron this season, and will likely try again. Hue Jackson was his offensive coordinator in Cincinnati in 2015, when he saw significant playing time. This is likely his best shot at becoming a starter anytime soon.

I think that either the Browns make a push for McCarron, or he will stay in Cincinnati. Even if the Browns do make a push, they will probably misplace some paper work to screw it up.