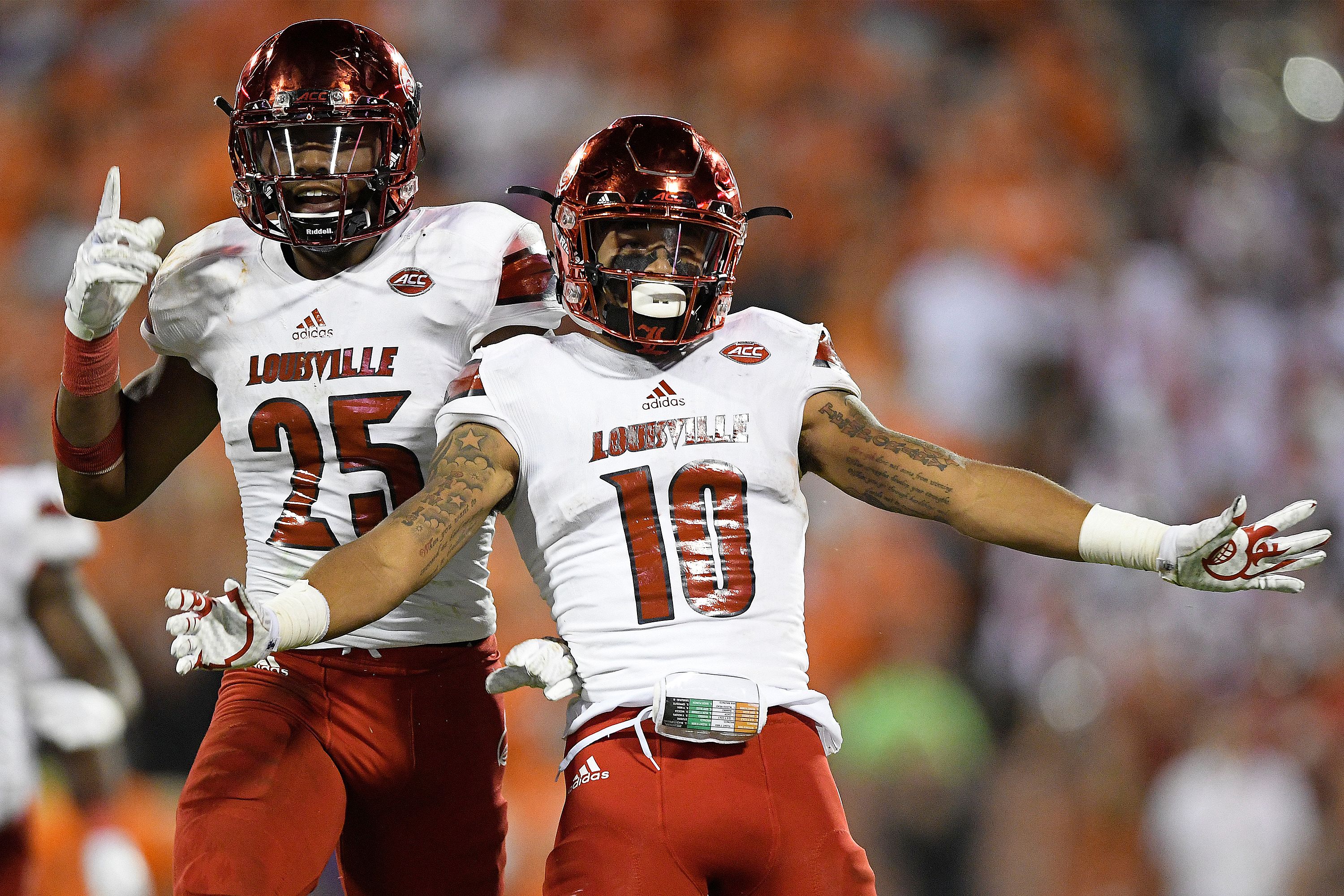 Alexander is quite honestly the most swagger-filled, in-your-face, scrappy and pesty cornerback in this class. He also might be the best. Alexander fell victim to a freak injury this season when a player dove low at his legs trying to tackle him on a field goal block return, Alexander tried to flip to avoid a potential ACL tear but ended up spraining his knee which gave him problems throughout the year. He missed six games due to this. The biggest knock on Alexander was his injury-ridden 2017 season but his 23 games played in the previous two years leave optimism that it’s not there is not a pattern looming. Pro Football Focus graded Alexander as the highest returning player coming into the 2017 season, even ahead of Minkah Fitzpatrick and when he was targeted, Alexander only allowed a 17.7 passer rating. On top of the fact he’s a shutdown style corner, he has the recovery speed in which he proved back in the Spring testing when he ran a 4.32 in the forty-yard dash. 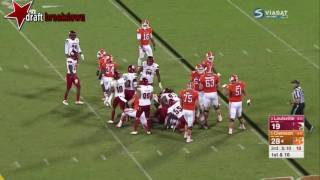 Alexander is a very instinctual cornerback that has a little bit of everything. He does not fit the new-age model of cornerbacks such as a Richard Sherman, but he wins off mental processing, quickness, acceleration and honestly…gambling. This is someone that will play the ball like a receiver and be easy to react and attack. He’s a total disrupter off the line of scrimmage as a press corner and still has the impressive skill-set to play zone. He’s what you would call scheme versatile and will thrive wherever he is on the field, whether it’s press man or off-man he’s going to make plays on the ball. His vision as a returner is excellent but if teams are worried with his injury history, it might be best to just keep him at cornerback. His run defense needs more work but he’s a good tackler and can make the big hit when you need him too. Alexander has no issue at all flipping his hips as they are as smooth as it gets, he’s a very natural mover on the football field and should be a day one starter with the potential to become an eventual All-Pro.

Alexander is clearly capable of stopping the run but his inconsistency shows on tape. In some cases, he will be quick to the ball-carrier and be filling out his assignment but in others, you see kind of a laid-back and passive player that isn’t willing to get his hands dirty. His body is what concerns many, he’s 192 pounds according to ESPN but he looks like he’s in the 170’s. That could lead to a durability issue if Alexander is indeed unable to bulk up a bit.

In Wade Phillips’ defense in year’s past he had Aqib Talib who was the physical new-age cornerback and he had Chris Harris, who was the scrappy shutdown corner. I think the Rams could use another guy with size but Alexander would fill the Harris role well. Alexander has the ability to play either off-man or press man and I think that will give Wade the ability to mix things up. If the Rams brought back Trumaine Johnson and placed Alexander on the other side, that would start to closely emulate what the Broncos had in the secondary. The Rams haven’t had the type of playmaking and speedy cornerback that Alexander is, since Janoris Jenkins.

Some may agree, some may disagree, but I see so much of Jenkins in Jaire Alexander. You talk about that swagger, you talk about the shutdown and playmaking ability it’s all there. Alexander is probably a better prospect than Jenkins was but I think he compares to the Jenkins we see now in New York. With the Rams, Jenkins was a giant gambler, but he was not as lockdown as Alexander was at Louisville. Now, Jenkins has significantly improved in the Big Apple and he turned into more of a lockdown guy. Both guys are around the same build, both are scrappy and both can change the game. Jenkins is one of the top 10 cornerbacks in football today, but Alexander could end up being that type of player if he works out. Both players were scheme versatile coming out of college so it will be interesting.

Sean McVay Deserved to Win Coach of the Year