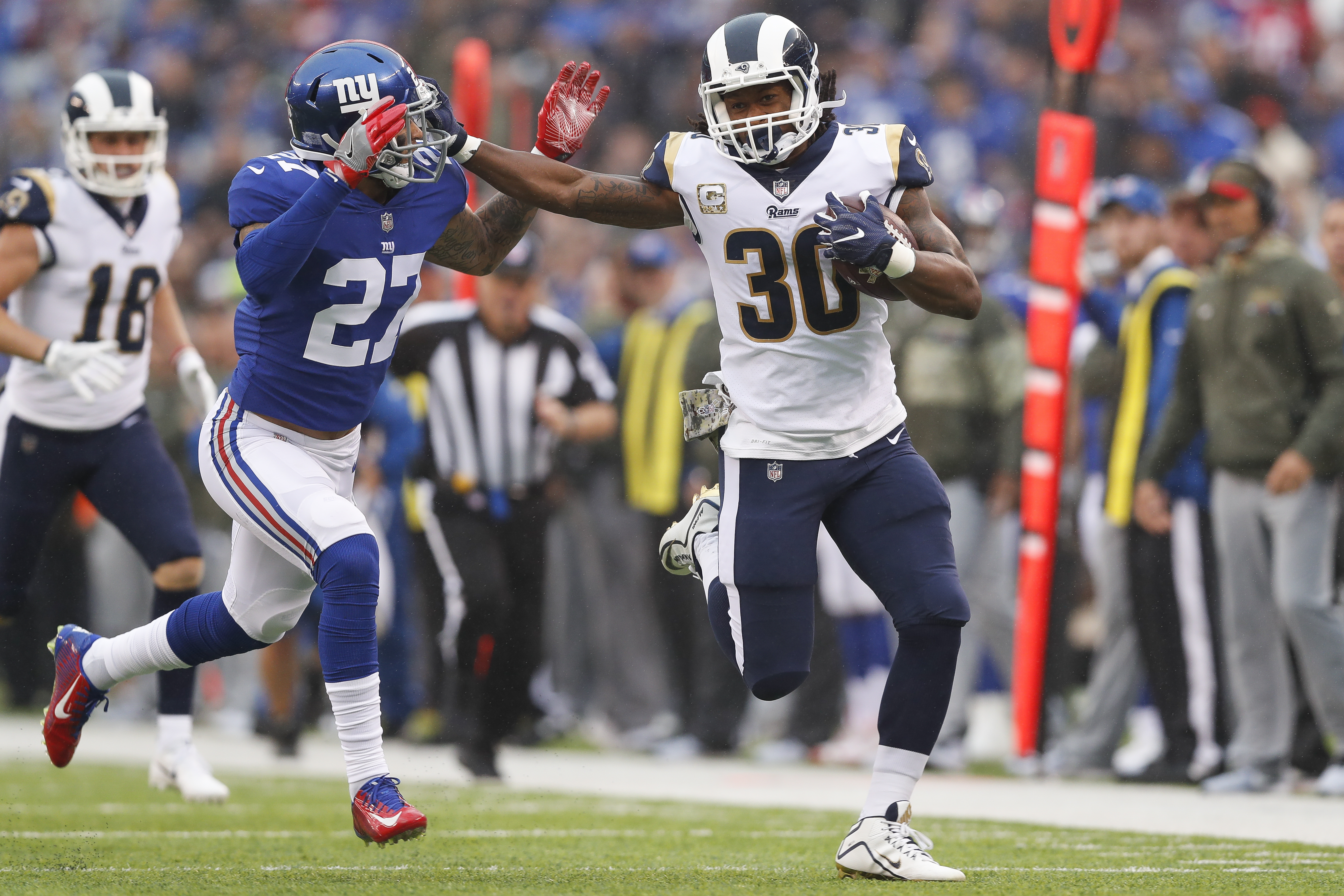 Todd Gurley has bounced completely back from his disaster 2016 season and has been named AP Offensive Player of the Year.

Gurley finished with MVP-like statistics in the highest-scoring offense in the league. Gurley totaled 2,093 scrimmage yards in 15 games and with many of those 15 games sitting on the bench for the second half of them due to the fact the Rams were blowing teams out. Gurley added a monster number of 19 touchdowns to his resume and with 64 receptions, he’s officially turned into an all-purpose RB.

Like teammate Aaron Donald, the sky is also the limit for Todd Gurley who has persevered through a torn ACL that ended his last collegiate season at Georgia and put his future in jeopardy, on top of that fact he bounced back from what many people were calling his “Trent Richardson” year.

The Rams made a bold move selecting the Georgia star coming off a torn ACL but it has worked out as well as they could have hoped. Now, with Sean McVay in charge of the offense and Jared Goff at QB this should only turn into a pattern for a player with Gurley’s caliber.