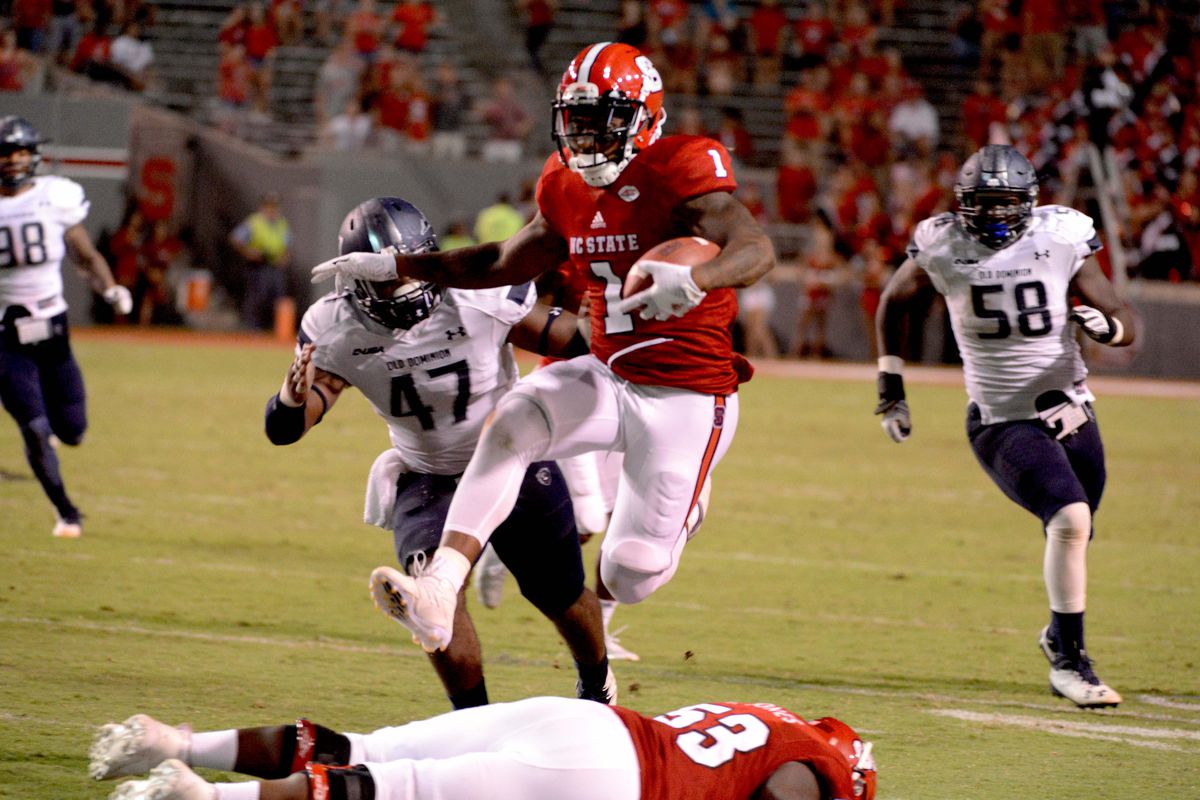 Last year it was all Todd Gurley in the backfield, however, that doesn’t mean the Rams didn’t try to get other guys going. Sean McVay, during his time with the Washington Redskins had a player that he used often out of the backfield as a pass catcher that showed excellent run-after-the-catch abilities and that was Chris Thompson. Now, the Rams with McVay have yet to find that type of back and it’s likely they will check out this draft to find one. Here are the five running backs that will best fill that role for the Rams this season. 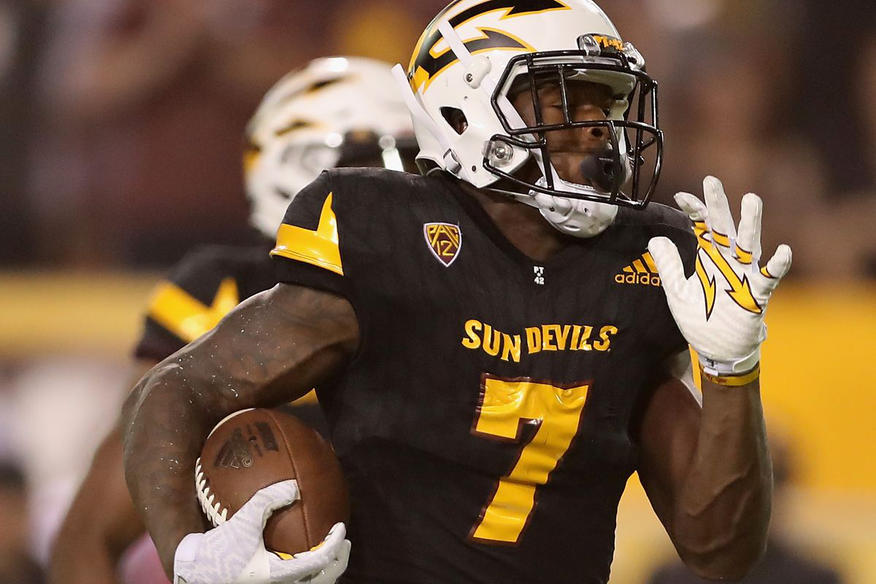 Perhaps my favorite option and least stereotypical option to fill this role is Kalen Ballage. The Sun Devil RB never really got to the level he should have played at in college but it’s pretty obvious after the Senior Bowl he is going to have a better pro career than college. Ballage is more of a power back that has speed and quickness which translates to his receiving game. At the Senior Bowl, Ballage demonstrated to the entire audience he is a legitimate receiving threat and including that, he did extremely well as a pass protector.

He doesn’t look the part of the Chris Thompson type of player so you should just consider him like Tevin Coleman. Coleman and Devonta Freeman have worked out well as a duo in Atlanta and the Todd Gurley and Ballage duo could be just as lethal. This, of course, is not to take snaps away from Gurley. What Ballage would do is come in on third-downs, situational receiving back plays and of course, the plays Tavon Austin was in this past year.

Ballage really just lacks the ability or at least doesn’t finish the runs the way he should. He can be inconsistent at times as well with his pad level but this is why players like this don’t go in the top three rounds and the Rams could reap the benefits big time if Ballage falls into their arms.

Martez Carter is a little under-the-radar as someone that didn’t get a chance to participate in the Senior Bowl like the rest of this list. Carter has the ability to finish runs first and foremost but the thing that jumps out at me is his versatility. This is a guy that can be used as an every-down back after he marinates and grows in the league, but he can also catch passes out of the backfield with ease and return kicks and punts. Carter has the ability to bounce off of tackles and he breaks a lot of them in space.

He actually runs with more power than other backs that are bigger than him and shows terrific balance to completely shred with tackles and stay upright. Carter has the explosive burst in between the tackles which allows him to get to the second-level in an instant and that is when he wins the most. He can bounce runs to the outside or stay inside but out in space with a defender in front of him he can cross up the defender like a basketball player. He’s an intriguing guy because no one mentions him in January, but once the process continues to push forward you will start hearing his name or seeing his tape floating around on Draft Breakdown.

Carter looks like a more explosive Benny Cunningham with more balance and straight-line speed so, he would be a really nice back behind Gurley. 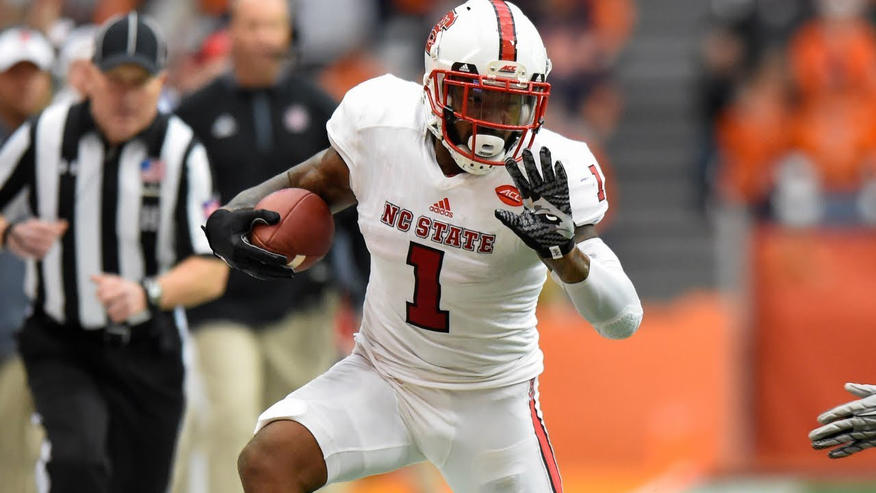 Samuels is a former h-back/tight end from NC State that really can be a unique weapon. He’s not fast enough to be a traditional running back, he’s not big enough to play tight end so that leaves him in that gray area of being a fullback. However, Samuels is no fullback, he offers a unique blend of receiver skills, shiftiness, power and vision to be a threat as an unorthodox version of an Alvin Kamara. It’s not to say he is Kamara but he would be used in that way for the team that drafts him. He can pass protect and probably do it as well as anyone in this class which would seriously help out Gurley.

For around 230 pounds, Samuels is faster than you would expect, I think he would be a non-stereotypical guy to take over a role of the scat-back but he has a little bit of everything. Samuels hasn’t mastered any specific area but he is good in just about all of them. It will be intriguing where someone like this goes in the draft because the Rams happen to have three sixth-round picks and if he was there and the Rams had not drafted a RB yet, this would be one of those, pick first, ask questions later type of scenarios. 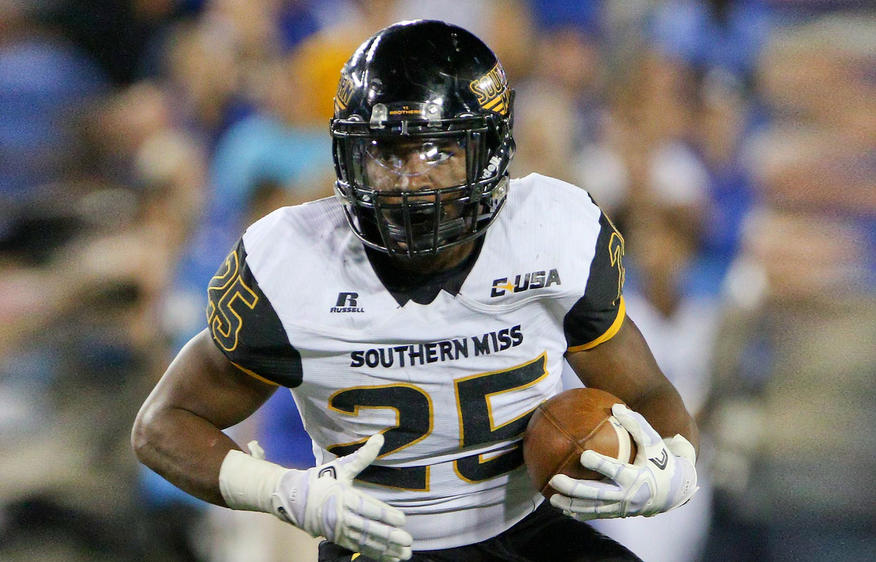 Ito Smith had himself a great week last week during the Senior Bowl practices. He put his speed, quickness and vision on display, but what makes him a surefire fit for the Rams is his pass-catching ability. Smith is also a great blocker, so by taking Gurley off of the field, you wouldn’t completely skip a beat with Smith in at RB. This is someone that just loves football and always plays until the whistle. That also means he will charge down the field and throw a block for his teammate if he has to, this is the type of guy that would fit McVay’s offense.

He has some weaknesses with ball security when he’s in traffic but if he can fix that he can turn himself into an every-down back someday. This is another great option for the Rams and likely wouldn’t cost them a pick greater than the fifth round. 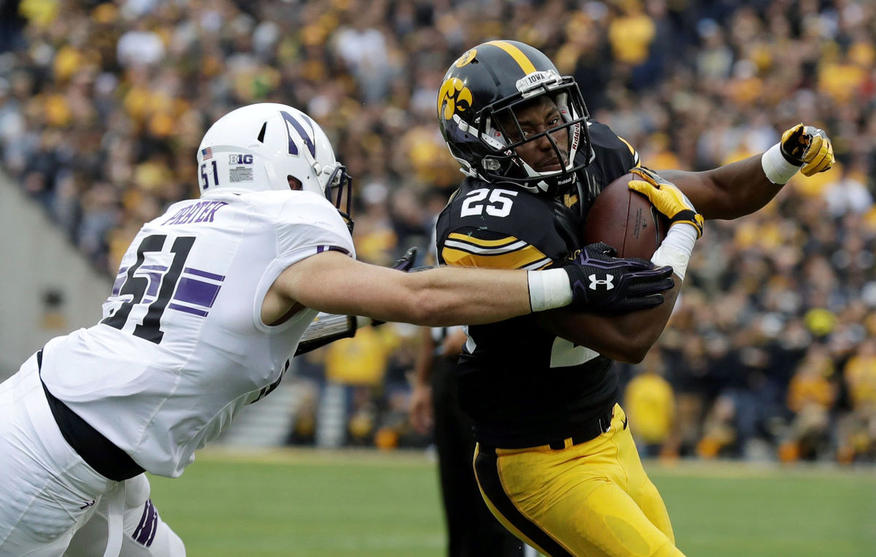 Akrum Wadley had some buzz coming into the Senior Bowl but it quieted quickly when Ito Smith overshadowed him. Wadley is a solid back that might be Lance Dunbar clone. Someone that can catch the ball out of the backfield, shows off shiftiness, ability to slip out of tackles and use his vision to make big plays after the catch.

Wadley is not extremely bad in any area aside from really pass protection in which he shows little to no awareness on film when letting pass rushers slip by him with ease and putting a punishing blow on his QB. If Wadley can clean that up he will be a nice fit.