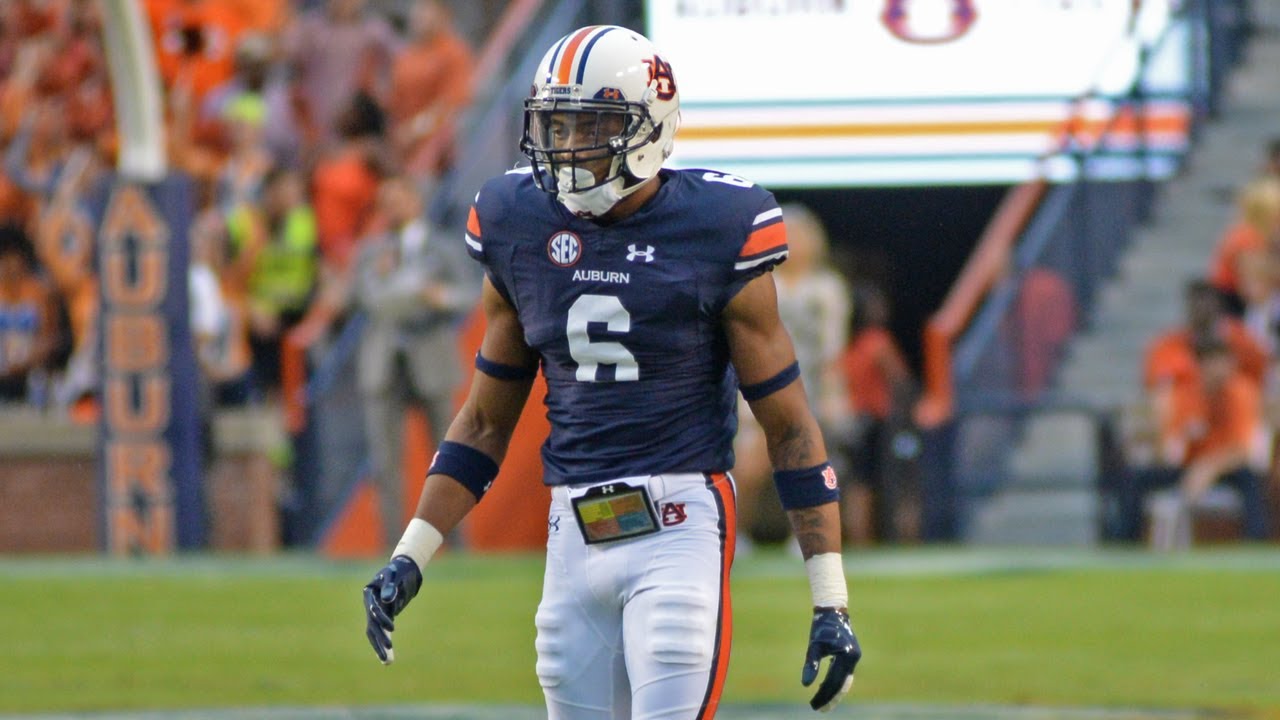 Who is Carlton Davis?

Carlton Davis is a corner out of Auburn that Mel Kiper Jr. mocked to the Rams in his controversial debut mock draft. Although I don’t disagree with taking a corner at pick 23, I’m not really a fan of Kiper’s pick. Carlton is a little too raw for my liking, especially in a draft full of great corners. Let’s dive into things. 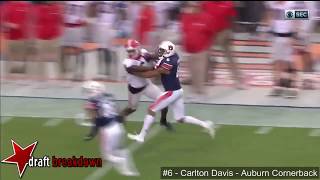 The thing that sticks out right away with Davis is his size (6’1″ 203) and athleticism. He uses his strength to jam receivers at the line and does a nice job of guiding them to the sideline in press. He plays in man-to-man well and has sufficient ball skills. He has been involved with Auburn’s defense for three years so he brings a lot of experience to the table.

Davis does a great job jamming receivers at the line, but sometimes he might be too aggressive with his hands. He is also suspect in zone coverage and needs some work there. His technique is too choppy and needs some refining. Struggles with deep speed. Davis was arrested in 2016 along with three Auburn teammates for marijuana possession (yikes). Overall, he is still a bit raw when it comes to the technical part of his game.

There is no secret that the Rams need help in the secondary since CB Trumaine Johnson, CB Nickell Robey-Coleman and S Lamarcus Joyner all have expiring contracts. If the Rams don’t bring back Johnson, I think the first pick will most definitely be a corner. To be honest though, I would have a tough time bringing in Carlton Davis to be a number one corner from the get-go, especially with CB Kayvon Webster coming off of a late-season Achilles injury. I would much rather go in another direction at 23. If the Rams trade down, that’s where I can see them taking a chance on Davis. The caveat with Davis is that the Rams would have to sign another starting caliber corner in free agency. He’s just too raw for the Rams to insert him in their “win now” team.

Like I have mentioned, Davis is still pretty raw. If he goes early, I could see him going to a system that develops young corners well like the Seahawks or Falcons. If he goes to a team like that, he would be a solid #2 corner from the start. Now if he doesn’t go to a team like that, I would expect him to be a #3 and maybe have a shot at a #2 late in the season. He will have to contribute on special teams in his rookie year.

After being a fringe #2 in his first two seasons, I expect Davis to solidify himself into the starting lineup as a #2. By this time, he should have his technical issues sharpened up quite a bit. I don’t expect him to be a #1.

Is Aqib Talib a Trade Option for the Rams?