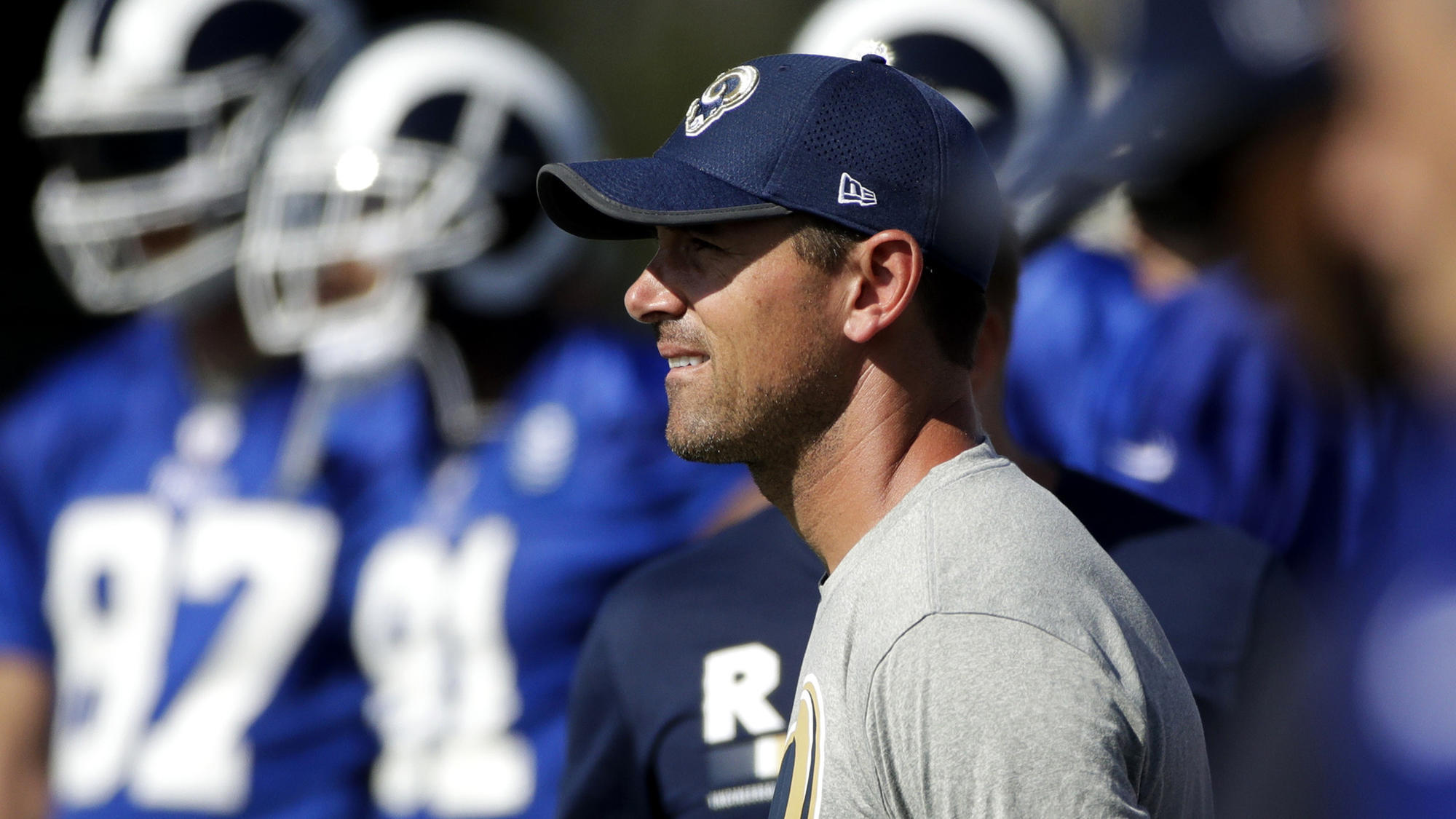 The wait is over for Rams fans that were panicking of the potential departure of young offensive mind Matt LaFleur. He’s staying. For now…

The Tennessee Titans have officially hired former Texans Defensive coordinator Mike Vrabel and with his connection to former Patriot mind and now GM Jon Robinson, it’s not hard to see why. The Titans interviewed LaFleur but ultimately decided to go with Vrabel. That however does not mean LaFleur’s chance is gone.

LaFleur during this process just had his first Head coaching interview after being a QB’s coach in Atlanta only a season ago. This is a big step and a pretty good idea that the Rams know they don’t have much longer with LaFleur, but they are going to make it count. He’s likely due for another fantastic year with Head coach Sean McVay at the helm which will put him in position as an early favorite to be a Head coach. The good thing about this, is that everyone essentially won during this process. LaFleur was able to have his first Head coaching interview as a young offensive mind that will give him traction to continue to move up the coaching ranks moving forward. The Rams looked great because they showed their full support for LaFleur interviewing for a potential Head coaching job and everyone took notice how happy the coaching staff was for LaFleur. The last part of this, is the fact the Rams get to keep an important offensive piece in the room another year to help build off a great 11-5 season.

If it didn’t look anymore obvious before, Sean McVay is about to have a plethora of coaches that start forming his coaching tree and it sure looks like Matt LaFleur is in line to be the first one.

What the Senior Bowl practices have me thinking about the Rams