What a fantastic year for the Rams!! I think we all expected improvement with the new staff but a division title was simply the cherry on top of the sundae. Now that we know we CAN win regularly, it is time for the staff to make those subtle tweaks to the roster that make a division champ into a Super Bowl contender. So, I am back with my initial Rams 7 round mock draft. As Downtown Rams covers all of the college all star games and the combine, things will change. But they ALWAYS do. Here we go. 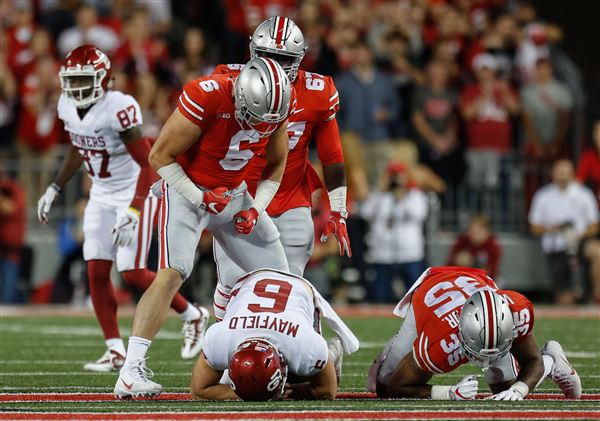 One thing is for sure, this draft is going to be Wade Phillips draft. The defense has serious holes and could be most affected by players leaving or being cut (Trumaine Johnson, Robert Quinn and Mark Barron among others). There will be a ton of CB in round 1 but my feeling is this draft has almost as solid a draft class at CB as last year, so CB will be addressed later in the draft unless the edge rushers they desire are gone. Hubbard is my choice over Marcus Davenport simply because in addition to being freakishly athletic, he was a captain AND learned by playing next to Joey Bosa for 2 years. Hubbard is 6’5′ and 265 and can rush the passer either with his hand in the ground or standing up, which makes him perfect for Wades system. 116 tackles and 17 sacks in 3 seasons in Columbus 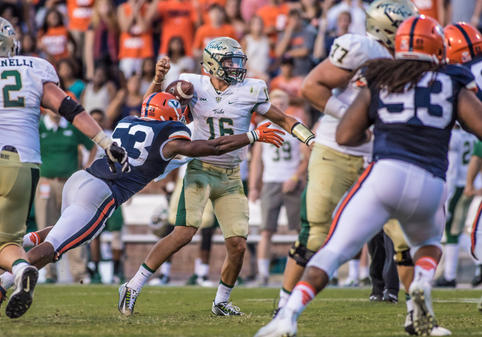 In this writers humble opinion, the Alec Ogletree as an ILB experiment needs to end.  Wade can do this by drafting a true run stuffing ILB like Kizer in the 3rd round. 6’2″ 240 and can fly to the ball (and or the QB). In 3 years as a starter,  Kiser averaged 127 tackles and 7 sacks. Exactly the type of player we need in the middle, a sure handed tackler who can cover. This will free up Ogletree to move outside and do what he does best, rush the passer. 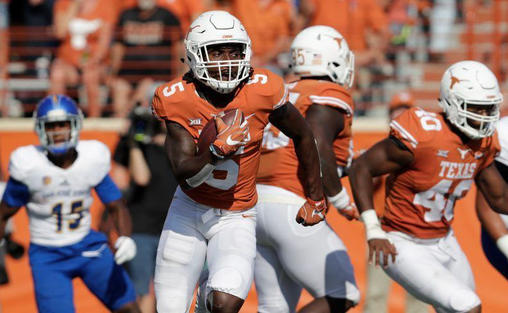 Hill’s off the field issues allow him to drop this far, but the 6’1″ 195 CB is a star in the making. Had he played in 2017, I think he would have been a mid 2nd round pick. Rams will likely need to reload in the secondary and this is just the start. If the Rams snag a CB in round 1 instead of an edge rusher, look for them to go edge rusher here with guys like Jeff Holland OLB from Auburn, Chad Thomas OLB/DE from Miami or Marquis Haynes OLB from Ole Miss. 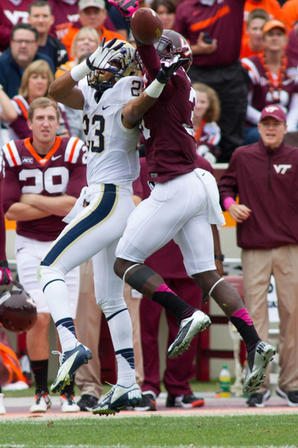 I have a strong feeling that if the Rams do go edge rusher in round 1, they will go back to back CB in rounds 4 and 5. I like Facyson here because of his length (6’1″) and his instincts (averaged 11 pass breakups per season at VT). He may be the guy in the 4th round as well if Hill is gone. Other options for either the 4th or 5th would be guys like Duke Dawson from Florida, Anthony Averett or Tony Brown from Alabama, JC Jackson from Maryland, Dee Delaney from Miami and DJ Reed from Kansas State. 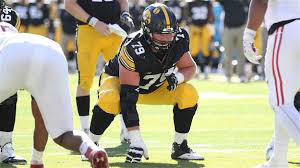 The Rams offensive line was actually one of the strengths of the team in 2017. But Andrew Whitworth IS 36 and John Sullivan (assuming he resigns which I think he will) IS 33.  Even Rodger Saffold is pushing 30 now. So we use the the fact that we have THREE 6th round picks to load up on some big uglies for the vets to mentor. The fact that Welsh is an offensive lineman from Iowa is really all that needs to be said. 6’3″ 300. He can play either OG position or Center. Kromer likes versatility.

Another big ugly for Aaron Kromer to mold. 6’5″ 310. Will be a perfect person for Andrew Whitworth to mentor and give them more depth.

More depth for the offensive line and more versatility. 6’3″ 295 and played C and OG at Colorado St.

This guy is my diamond in the rough for 2018. The Rams has major issues in the 3-4 stopping the run at times. I have already addressed the ILB position earlier in the draft so here I take a true, all Samoan beef run stuffing STUD in Lealao. He had 110 tackles and 6 sacks in 3 years as a starter at Vandy. Oh, did I mention he is 6’5″ and 330?? I see him as another Haloti Ngata, which is EXACTLY what the Rams need in the defensive line rotation.