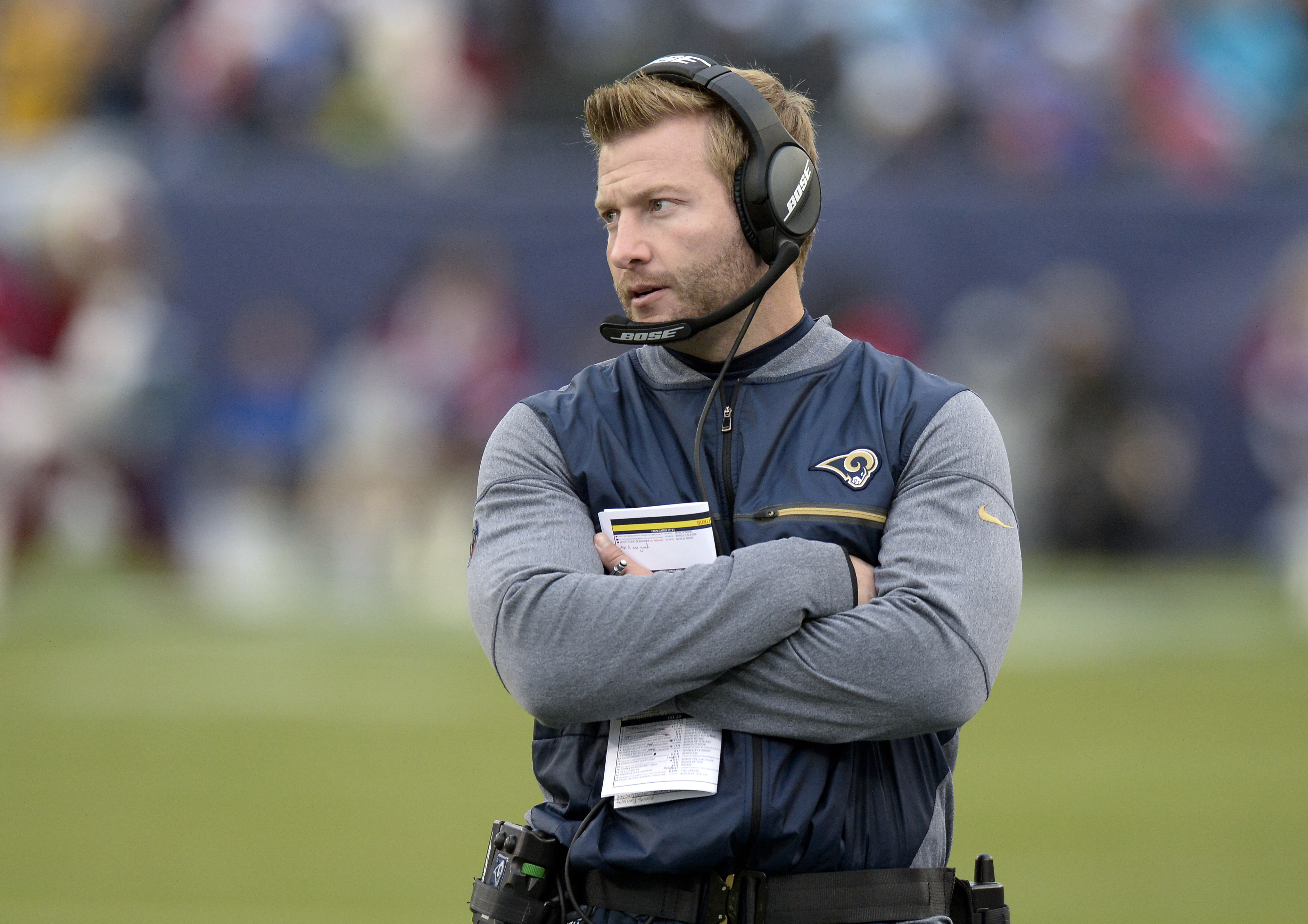 Earlier today Sean McVay was named Coach of the Year by the Pro Football Writers of America.  The Rams hired McVay during last off-season, in a coaching search lead by now Oakland head coach Jon Gruden.  When the hire was made McVay was criticized for his experience and his age.  At age 31 Sean McVay is the youngest head coach in the NFL.

The criticisms have now subsided, as McVay enjoys an early birthday present with this new honor. McVay took the Rams’ offense, which was one of the worse in the league, and made it one of the best in the league.  The Rams’ offense led the league in scoring.  This move from last to first included more than doubling total points from 224 points in 2016 to 478 points in 2017. He was also able to led the Rams to double digits wins for the first time since 2003.  McVay’s success was, in part, due to his ability to attract veteran linemen Andrew Whitworth and John Sullivan.  He was also able to obtain Sammy Watkins in a late off-season trade, which helped the offense spread the field and aided in Goff’s development.  McVay also deserves the award due to the advancement of Goff as a quarterback this year.

McVay’s leadership goes beyond just coaching the offense.  Bringing in veteran coach Wade Phillips was a very smart move.  When McVay got to the Rams, their defense was their strength.  Moving away from the Rams’ traditional 4-3 front when hiring Phillips was a risky move.  At the beginning of the season the transition to the 3-4 was evident, but the defense responded quickly and improved to become one of the more dominant defenses in the league.  This defensive momentum should follow through into year two, as McVay looks to strengthen the defense even further.

McVay becomes the third Rams’ head coach to win the PFWA Coach of the Year award.  McVay joins legendary coaches Chuck Knox and Dick Vermeil with this award, who are two of the greatest coaches in franchise history.  If the trend continues McVay looks to be one of the best assets the Rams have.  The Rams have a bright future ahead of them behind the leadership of coach Sean McVay and a plethora of Super Bowl appearances would not be unrealistic for the young coach.