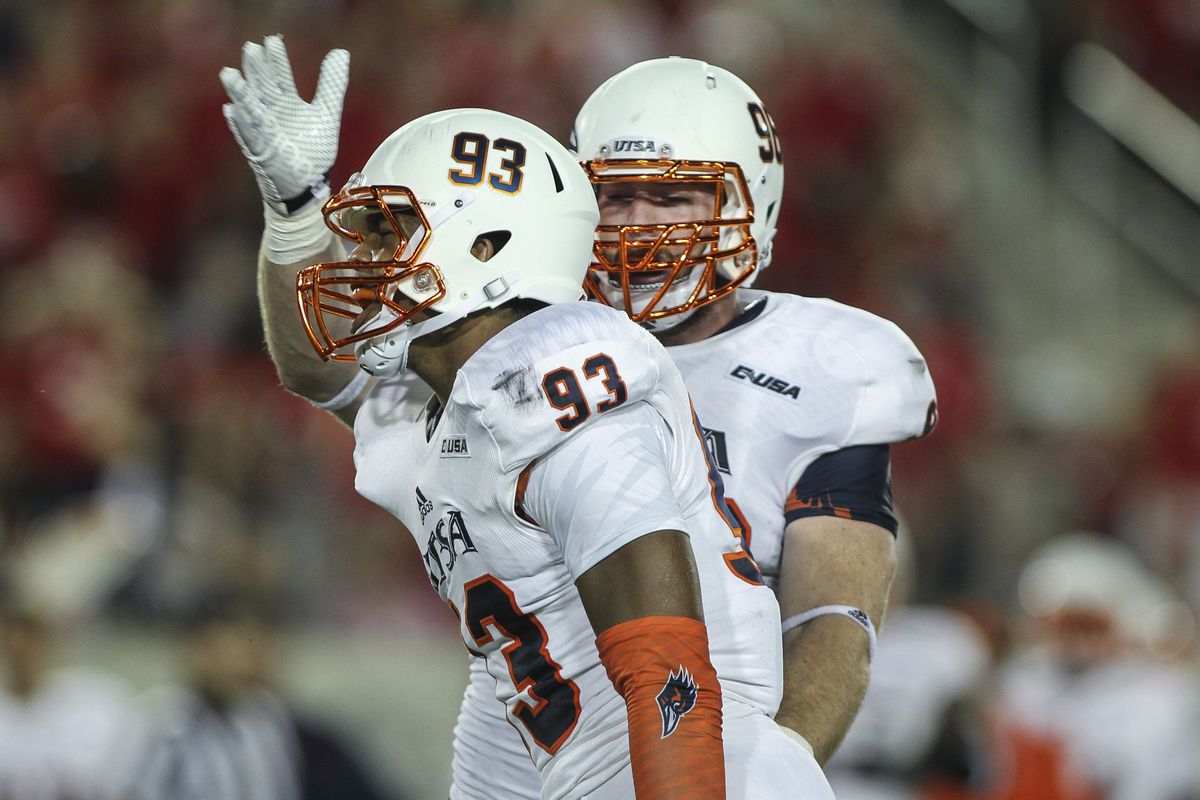 Who is the 6-foot-7 and 255 pound EDGE rusher Marcus Davenport?

He is an extremely raw talent that might shoot himself up into the first round by the end of the draft process. Coming from a small-school puts him under-the-radar, but going to Senior Bowl will put him in the spotlight instantaneously. He might not be the most technically sound edge rusher in the draft but his raw talent and potential puts him in prime position to possibly mold into the next star pass rusher in the NFL. 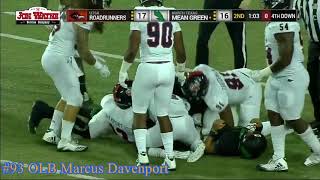 Davenport is a quick and twitchy athlete that can be a terror to block. Due to his unique size and his short-area burst he instantly becomes harder to block than the average edge rusher. Davenport doesn’t have a ton of moves in his repertoire but that’s alright for now seeing as he might have the best bull rush move in the entire draft. He’s fast enough to chase down almost any QB that runs out of the pocket which is terrifying in itself on top of the fact he has a non-stop motor. This young pass rusher doesn’t just do that well, he’s also exceptional against the run. He is scheme versatile for sure and is going to add a lot to a defense once he is fully in tune with the next level.

While he is an extremely exciting prospect, the one big knock on him is his level of competition. You love his aggressiveness, but he can be too aggressive at times and take himself out of the play. As long as he cleans that up and becomes more consistent nothing will stop him from becoming a top flight edge rusher.

How does he fit with Rams?

Well, imagine him on the same line as Aaron Donald, Michael Brockers, Samson Ebukam and maybe Robert Quinn. While the Rams have some uncertainty on their defensive line, Davenport would be a stud in Wade Phillips’ scheme. It may take him some time to fully grow into his role but when he does the league would take notice. The last time the Rams drafted someone with enormous potential you could basically call “limitless” was Aaron Donald. Marcus Davenport has enormous potential and you could basically call it “limitless potential”. However, do not get your hopes up with him starting day one and being a rookie of the year candidate. When you pick someone like this, a risk is involved, but it ends up being worth the wait in the end. 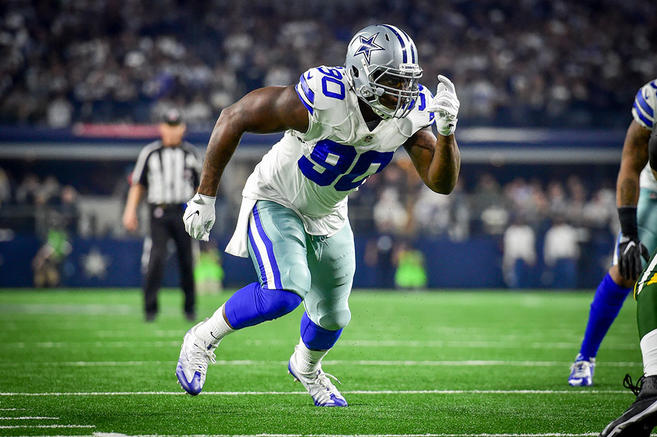 You could make the argument that Davenport’s comp could be DeMarcus Ware, but Lawrence seems the most like Davenport on tape. With Ware, you have that small-school type of prospect comparison but outside of that you don’t have the similar play like you get out of Lawrence and Davenport. Both are extremely quick, violent and powerful. Ever since Lawrence refined his technique he has been a force. Davenport could be that or even better when he is fully refined at the next level.