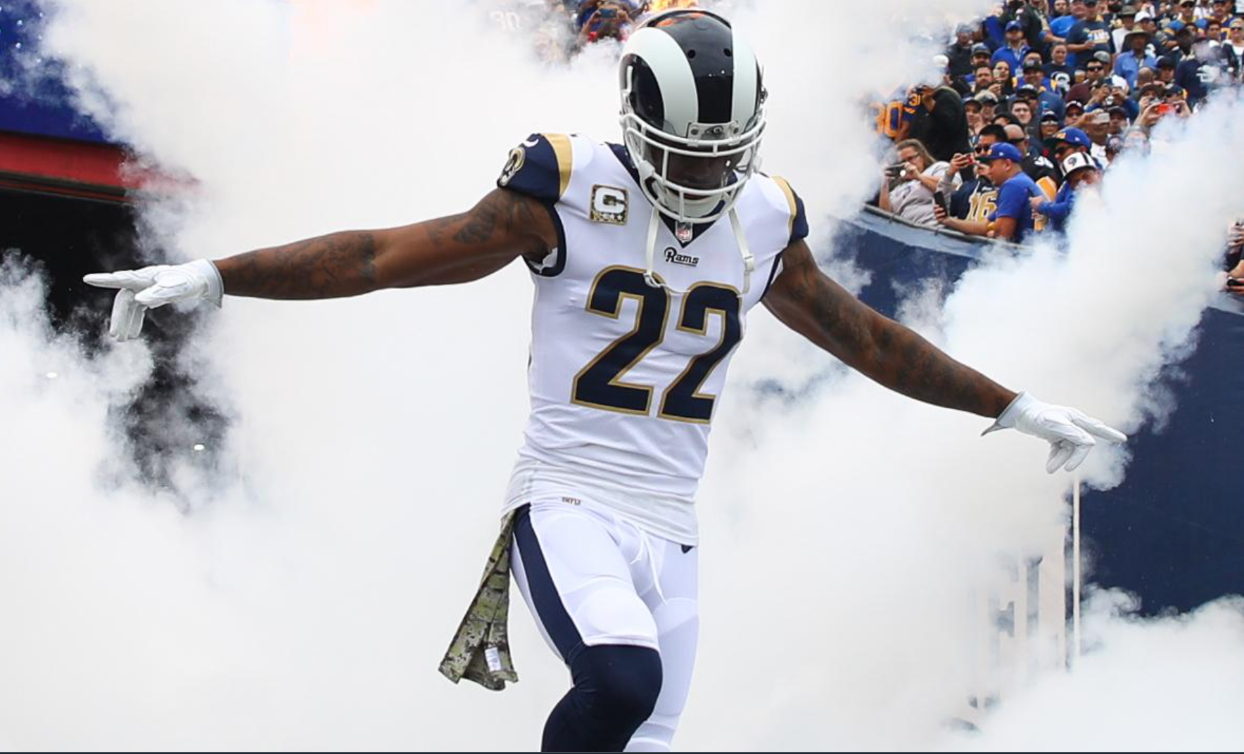 The Rams 2017-18 season has come to a close but with every end comes a new beginning. The Rams had a great start to the Sean McVay era and they plan on only improving moving forward. Here is our look at what the 2018 offseason may bring for the Los Angeles Rams. 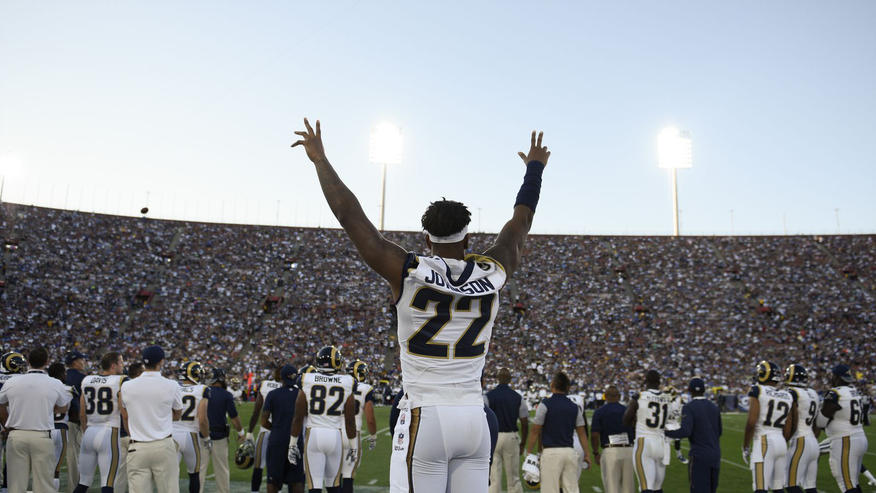 It’s tough to move on from your top cornerback but the price likely won’t be in favor of the Rams. The organization has continued to franchise tag Johnson which has given him money that might be a little more than his play indicates. However, let’s not take away from how much of a pro Johnson has been during his time and uncertain future in Los Angeles. He wants to stay but the Rams made it clear they weren’t sure he was in their future plans when they went yet another year without signing him to a contract.

I think you really don’t have to move on from Johnson but with players like LaMarcus Joyner possibly hitting free agency and Aaron Donald in the process of trying to get paid, you are looking at making some unfortunate sacrifices and Johnson is one of them. Moving on from Johnson would by no means be a performance thing, it’s simply the fact the Rams have franchised him twice and thus given him a larger value than he is probably worth. You can’t fault Johnson for wanting that value. 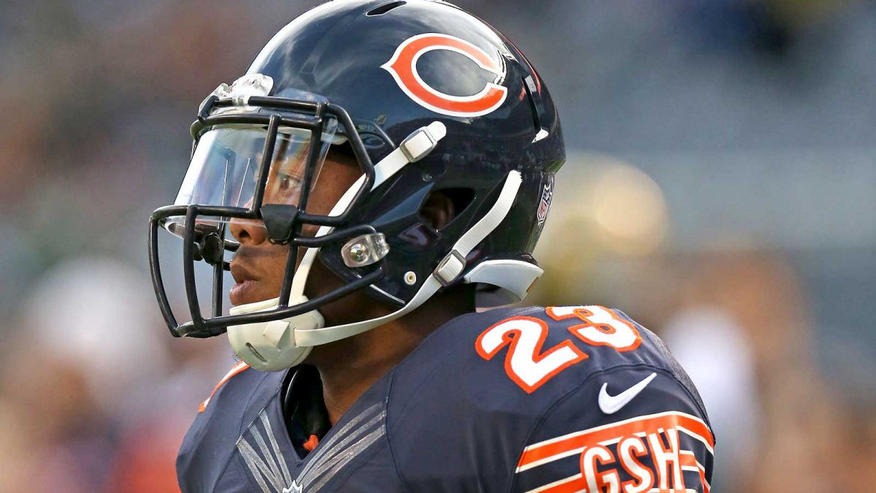 It’s an interesting question for sure. With Kayvon Webster seemingly being the next up to be the number one corner, the Rams would be in trouble. Not because of Webster, but rather because of the three serious injuries he has to come back from. There is a serious question whether or not he will be ready for the start of the season. Now, that means Troy Hill would be your number one guy, Hill played extremely well towards the end of the year but that play pushed him into the number two corner conversation, not number one.

Here are some options:

Malcolm Butler, Unrestricted Free agent – One of the players I have been banging the table for, I felt as though a Butler for Trumaine Johnson swap would be perfect so signing Butler would make a lot of sense.

Kyle Fuller, Unrestricted Free agent – Fuller went from having a terrible rookie year to showing improvement in every year since. This year he started to really show up and at 25-years old he would be a great addition to this young Rams defense.

Mo Claiborne, Unrestricted Free agent – Claiborne had quite the disaster of a season in what was his “prove-it” deal season. It’s a little worrisome with Claiborne who has had four bad seasons in his six-year career. I don’t know how much confidence you can have in Claiborne since he hasn’t been able to play with consistency.

Prince Amukamara, Unrestricted Free agent – Amukamara has been solid in every year since his rookie year. This year was his best season and he helped make the Chicago Bears secondary lethal. Amukamara is older than everyone on this UFA list, but you know what you are getting if you sign him. He would likely be a B player to plug in at corner.

E.J. Gaines, Unrestricted Free agent – Yes, the Rams traded away Gaines, but don’t discount the idea of them bringing him back. Gaines had a better year than any Rams corner and was rated 12th in the league by PFF. Gaines was traded in a blockbuster move the Rams couldn’t pass up on with Sammy Watkins but that doesn’t mean they didn’t want Gaines to begin with. It’s not for certain Gaines would want to come back but there could be some interest in a reunion if the chips fall the right way.

Rashaan Melvin, Unrestricted Free agent – This isn’t someone I expected to be talking about before the season started, but Melvin really had himself a great season and teams will take notice. The 28-year old might be on the lower portion of this list for the Rams but nonetheless, still, someone to consider especially when your top cornerback walks in free agency and your corner next in line is unlikely to be fully healthy by the start of the season.

Aqib Talib, Potential Free agent – This seems like the most likely as crazy as it sounds. Talib is familiar with Wade Phillips and his system from his team with Wade in Dever. He offers Super Bowl experience, familiarity with the system, chemistry with Kayvon Webster and of course the fact he’s one of the better corners in all of football. Still, though, he has yet to be released from the team but there is a good chance he will be and the Rams will likely pounce on the opportunity if it arises.

Richard Sherman, Potential Free agent – Sherman has been one of the best cornerbacks the game has ever seen but he’s getting towards the end of the road. If it wasn’t any more evident before this past season showed himself trending downward and then suffering a nasty Achilles rupture to end his season. Sherman is still really good but he was not playing at an elite level like we are used to seeing him at and coming off this traumatic injury he will likely get worse. Still, if the Seahawks cut him there is a place for him with the Rams to come back to L.A. the same place he grew up in. 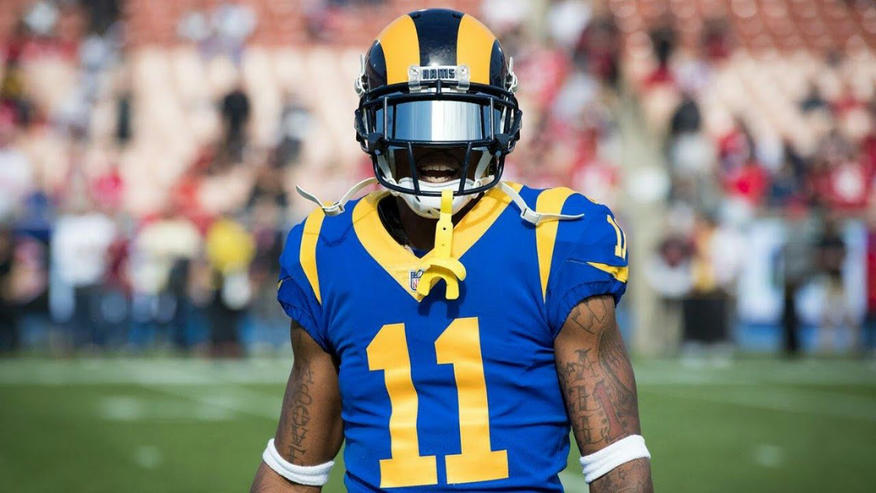 The Rams are in a tough spot because even though they have about 45 million dollars in cap space, they have loads of players they have to spend that on to re-sign. Sometimes as mentioned previously you need to make sacrifices and that could mean parting with players you don’t necessarily want to get rid of.

OLB Robert Quinn (If cut the Rams would save $11M)

It’s unfortunate because Quinn really came on towards the end of the season and was a difference maker for a defense that was ascending. It’s just that the Rams cannot afford to pay Quinn that much money when they have players that are more valuable to the long-term future about to hit the open market. Hopefully, the Rams can somehow get Quinn back on a lesser deal, but once an athlete is shown the door in any scenario it becomes to difficult to gain back their services. Losing Quinn would hurt but his play as great as it was to end the season has still never come close to his dominant year in 2013.

RB/WR Tavon Austin (If cut the Rams would save $3M)

Tavon loves this team and he’s great to the fans but unfortunately, he has lost every role he had on this team under the new regime. Austin has become the garbage time running back for a team that benched him from return duties and refused to use him as a receiver. With Pharoh Cooper’s emergence, this season into an All-Pro return man it has become evident Austin’s time with the Rams is just about up. 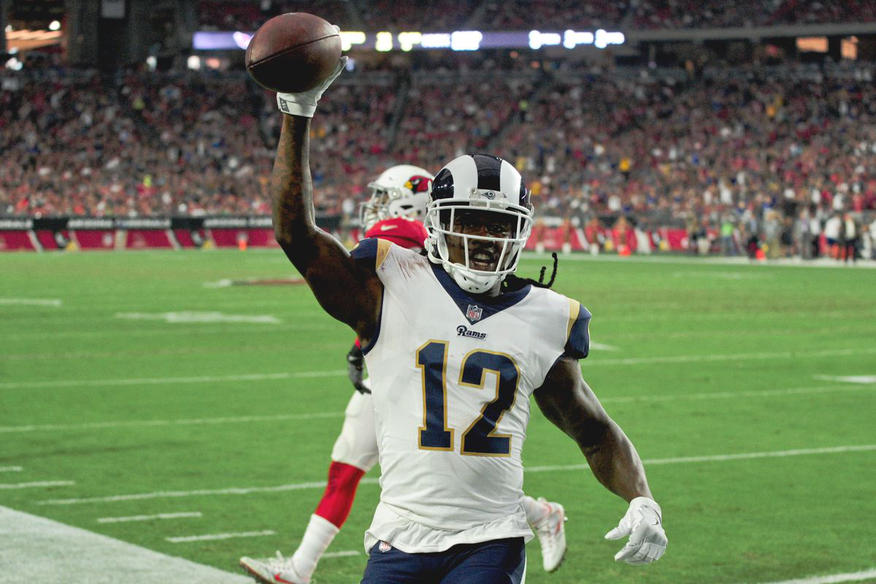 Again, the theme of this offseason will be, sacrifice. Who can the Rams truly live without and who can they not? More importantly, who do they bring back and who do they let walk?

FS LaMarcus Joyner – I just don’t see how you didn’t re-up this guy at the beginning of the season. Now, he’s going to cost a lot more and you are going to have to pay him because he is worth every penny. The Rams have a legitimate top-five safety in football in LaMarcus Joyner. He is going to command quite the price but the Rams cannot afford to let him get away. Joyner stays, no if’s, and’s or but’s about it.

WR Sammy Watkins – There is a good chance the Rams plan on bringing back Watkins but the problem is that he doesn’t have the production that matches what he is going to want in free agency and because of this Watkins seems like a candidate to be tagged. I know the fans don’t want to hear about a franchise tag or even a transition tag but it seems like the most likely route with Watkins. The Rams probably would like to see Watkins grow within this offense, bear in mind he’s just 24.

NCB Nickell Robey-Coleman – I hope to god the Rams don’t plan on moving on from NRC. Robey-Coleman has turned himself into one of the best nickel corners in football and at the age of 25 no less. It would be a shame for the Rams to move on from someone so quickly that played a huge role in a great defense and for not even a million dollars this season.

DE Dominique Easley – He’s had injury problems but we have seen what he is capable of and at only 25 years old I don’t know how you just move on from him. Easley should be a Ram in 2018 and coming off an ACL tear, it shouldn’t cost much either.

C John Sullivan – There is no point to letting Sullivan go just to let him go. If Sullivan can play another year for the Rams it will allow them to spend one more full year trying to find the right replacement at center. Sullivan wasn’t expensive this year and won’t be next year. The only question to me remains if Sullivan retires because that is certainly a possibility.

FS Cody Davis – Why even let Davis go? He won’t be expensive, he’s 28 and still offers great depth at safety but he’s also a fantastic special teamer. No brainer.

LS Jake McQuaide – He’s a Pro Bowl long snapper or better yet the long snapper for the best special teams in football. Unless he requests an outrageous amount you re-sign him.

DT Tyrunn Walker – The Rams lack depth at the interior defensive line spot and Tyrunn Walker adds to that big time. Walker had a good season for the Rams and should be brought back on a team-friendly deal.

TE Derek Carrier – If the money works for both sides there is no reason he won’t stay with McVay.

FS Isaiah Johnson – Bring him back for training camp.

OT Cornelius Lucas – Bring him back for training camp too.

OLB Connor Barwin – I enjoyed having Barwin on the Rams, he clearly took on a leadership role and was loved by his teammates but unfortunately, he has hit that point in his career. He’s not as quick to the ball and it shows. If the Rams can bring him back on a team-friendly deal then maybe he comes back but I don’t see it.

RB Lance Dunbar – Dunbar didn’t really offer much to the table for the Rams. He will be most known for scoring a touchdown in the Rams last game of the season. He spent all season either injured, battling injury or failing to get on the field. 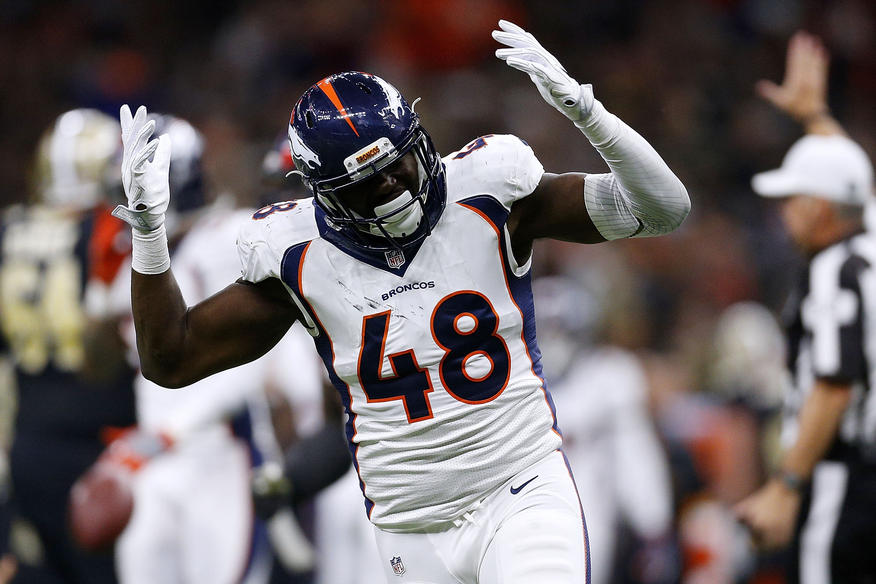 It’s going to be a new year and with a new year comes new players. Wade Phillips had a big hand in getting talents like Connor Barwin and Kayvon Webster to come aboard and I would expect he is going to try the same to acquire the talents of former players he used to coach in Aqib Talib and Shaquil Barrett. 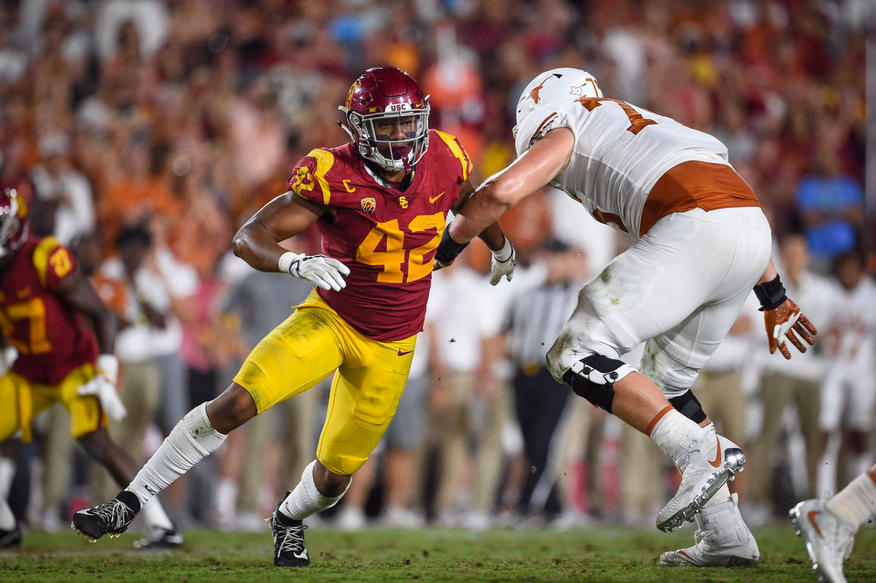 Now, with all this being said this is basically just a rough outline of the offseason. None of this is guaranteed to happen and I know that, but I figured I would have an outline for the people that had no clue what kind of offseason they should expect the Rams to have. There is a good chance the Rams make a couple of moves in the offseason to acquire more picks anyway, the offseason in the NFL and any offseason in any sport for that matter is normally way too unpredictable but we should be in for fun offseason with the Los Angeles Rams.