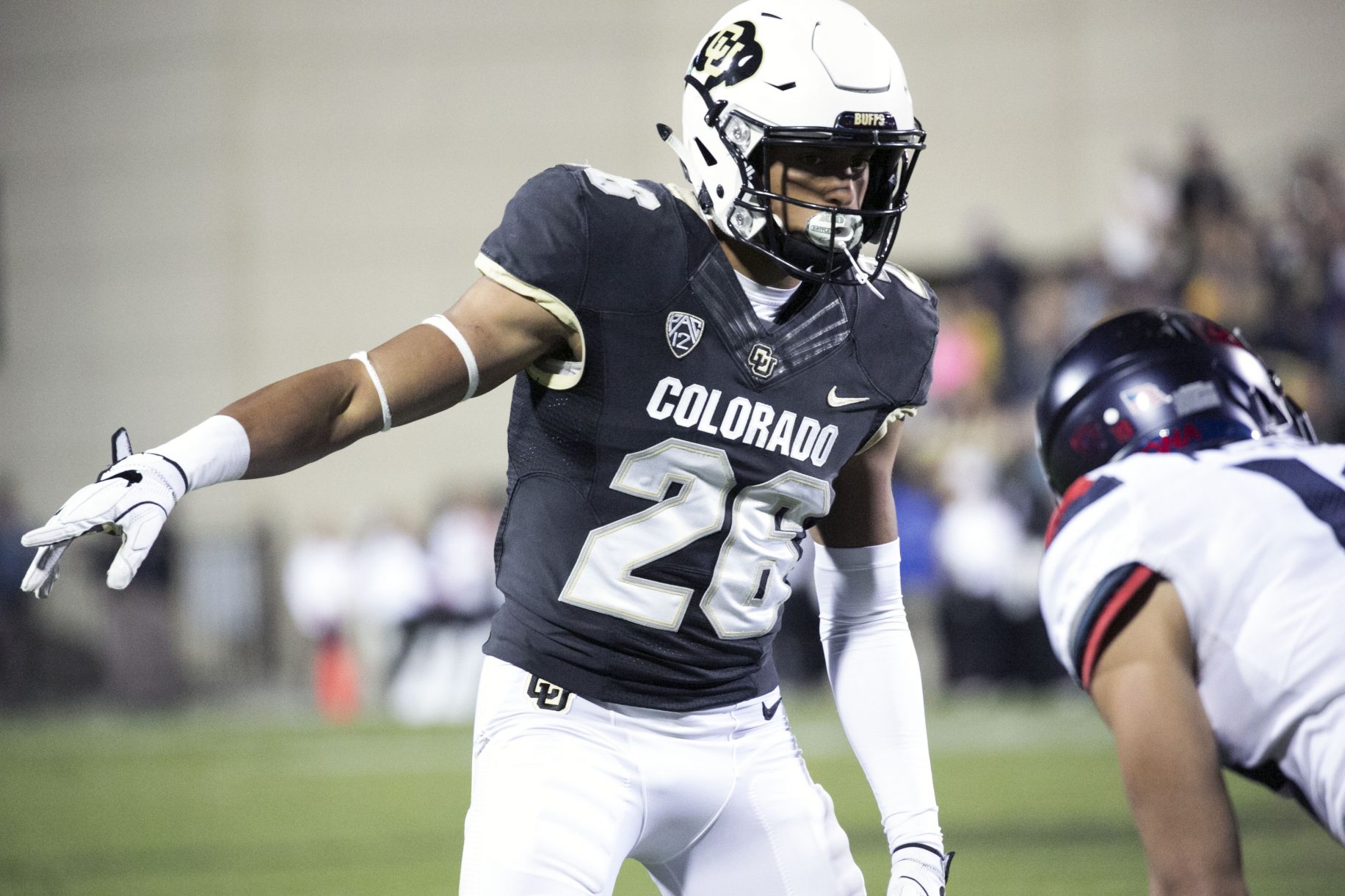 We are heading into the NFL playoffs but it is 2018 and so I have my first Los Angeles Rams 2018 NFL mock draft of the season. 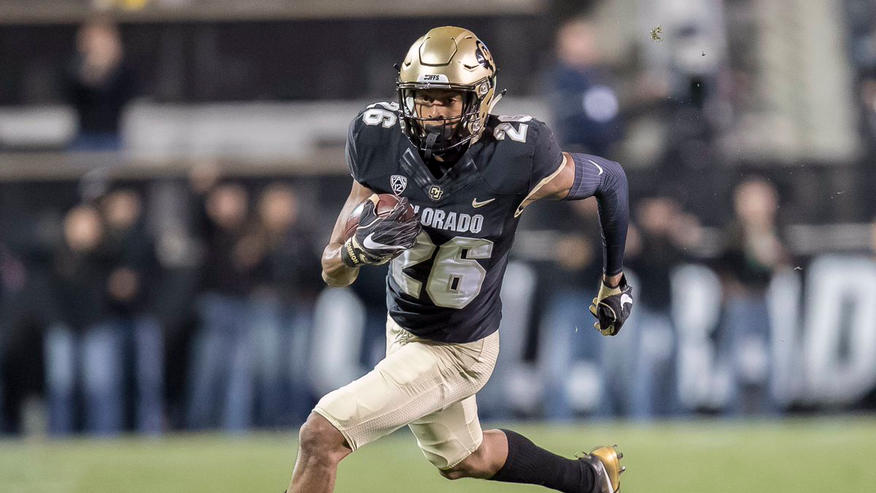 The talk of the town is that every Rams fan is seemingly falling in love with Iowa CB Joshua Jackson. There is a very good reason for that and it’s why he’s not going to be available when the Rams pick. No matter, the Rams still have plenty to choose from and one guy I feel is getting a tad overlooked is Isaiah Oliver from Colorado. Oliver for my measure seems to be comfortable playing man-to-man and would be a perfect fit in Wade Phillips’ scheme.

With the Rams likely letting go of long-time CB Trumaine Johnson after this season, they are going to not only need to replace his position but hopefully find someone comparable in size. This author believes there is a big possibility the Rams end up signing one of the better CB’s in the league Aqib Talib to a one or two year deal to reunite him with Phillips. If that is the case, this might not be the pick for the Rams but as of right now assuming Johnson is gone and Kayvon Webster is coming off of three serious injuries (torn labrum, torn rotator cuff and ruptured Achillies) there might not be another option for a team that finds themselves among the best of the best in the NFL.

Oliver isn’t just a plug-in-play solid corner. This kid possesses the length, the talent and the technique everyone in the NFL wants in an “on an island” corner. If Oliver panned out for the Rams, it would allow them to do a lot more on defense. Quite similar to how Marshon Lattimore changed the Saints defense and Jalen Ramsey changed the Jaguars. 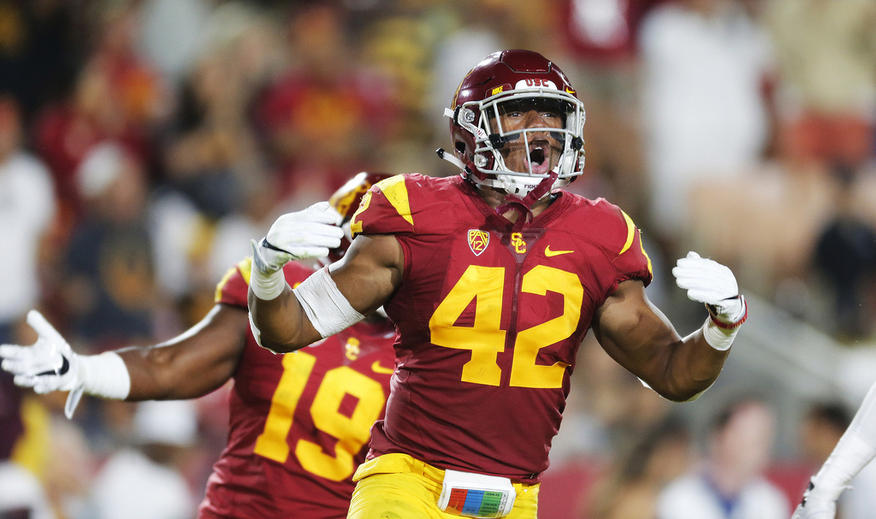 Alas, my biggest draft crush of 2018. There is a very unlikely chance Nwosu falls to the third round but then again I said the same thing about my biggest draft crush last year in Chris Godwin…Nwosu is an absolute monster and with the Rams’ uncertain future on the edge with Connor Barwin only signed for this season and the prospects of cutting Robert Quinn. It makes a lot of sense to add another edge defender after making waves in last year’s draft adding prototype freakish talent Samson Ebukam.

Ebukam and Nwosu would be lethal for any defense but when you factor them into a defense that already has players like Aaron Donald, Michael Brockers, Mark Barron and Alec Ogletree in their defensive front, now you are talking. One can hope and expect that Ebukam takes significant strides under Wade next season. As for Nwosu, you are getting a relentless edge presence that can excel at just about anything you ask him to do whether it’s dropping in coverage, setting the edge or rushing the passer. His awareness and hand-eye coordination are incredible and it’s gotten to the point where he can bat passes forward and still make a diving grab to secure a tip-drill interception of his own. 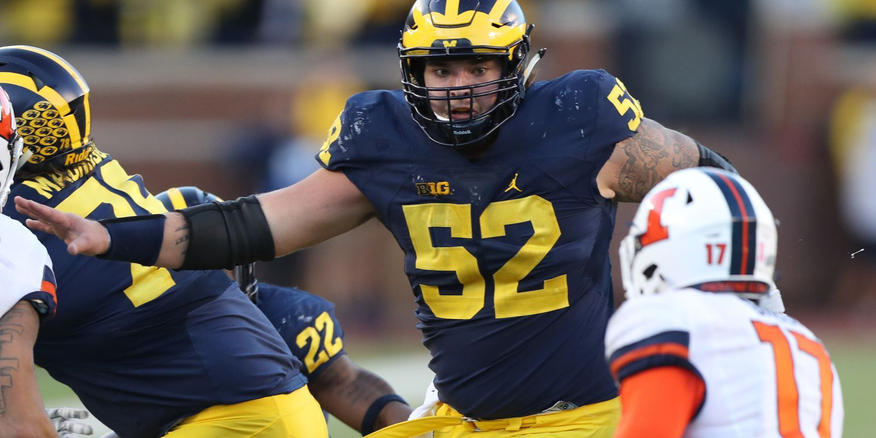 The Rams signed veteran center John Sullivan who provided familiarity with Sean McVay’s system, leadership and the ability to literally plug up a gaping hole on the offensive line as a stop-gap this season. Now, regardless of how well this worked out Sullivan will be 33-years old next season and also a free agent after his one-year deal ends at season’s completion.

Insert Mason Cole, an aggressive, physical plug-in-play center. He doesn’t have the quickness or speed to play on the outside so he lacks versatility. Big deal. Cole would be exactly what the doctor ordered to replacing Sullivan in the run game. Even if the Rams wanted to keep Sullivan, Cole would be a nice plan to have a center. He’s not going to light the world on fire, but he doesn’t have to for the Rams to keep having success on the offensive line. 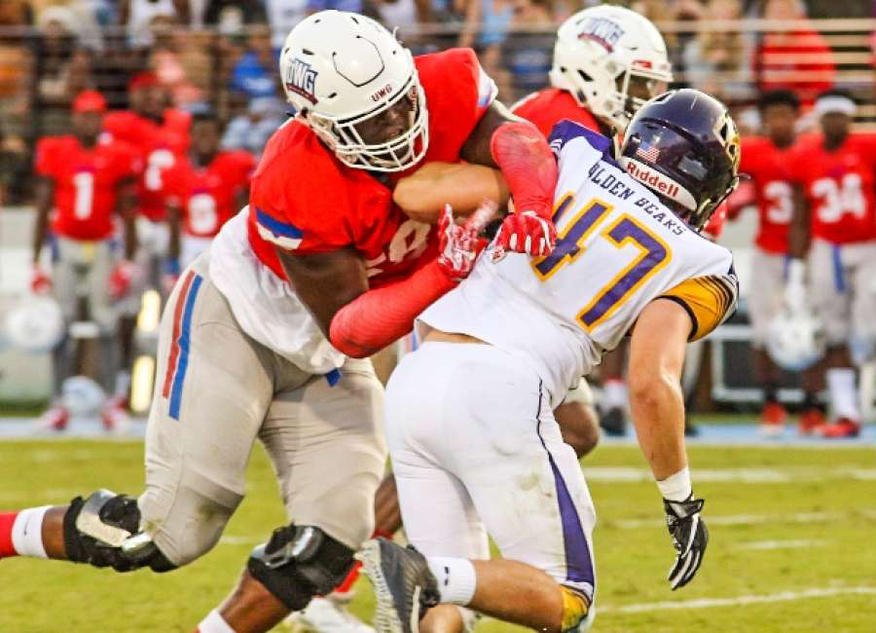 He’s raw and likely wouldn’t be able to play right away but the Rams wouldn’t need him to. Desmond Harrison has the overall potential to be a blindside protector at the next level. He has adequate agility and enough of a body where he could translate well to left tackle.

Why don’t the Rams need him to play right away? Well, they have a very good left tackle, Andrew Whitworth. If the 36-year old Whitworth can give the Rams one more year and take Harrison under his wing, the Rams might have a top-10 starter at the tackle position for years to come and just by making a fifth-round selection. Talk about bang for your buck. 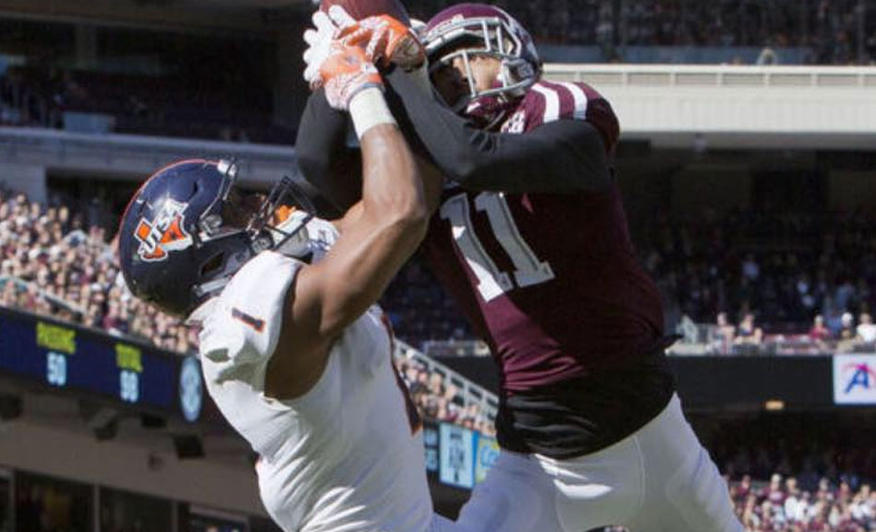 A physically-sound hard-hitting corner with enough size to play safety as well in the sixth round? Sign me up! Devron Davis, a former JUCO athlete, now likely a future NFL cornerback. The Rams lack depth at corner and while drafting Isaiah Oliver in the first would fix that, losing Trumaine Johnson just makes the numbers game even again. Davis would be a nice physical presence to add to the list of corners alongside Kayvon Webster, Oliver, Troy Hill, Kevin Peterson and if the Rams bring back stud nickel CB Nickell Robey-Coleman.

Davis isn’t a finished product and he’s not the best corner out there but he is sure to be a gem that you can steal on day three, like I just did. 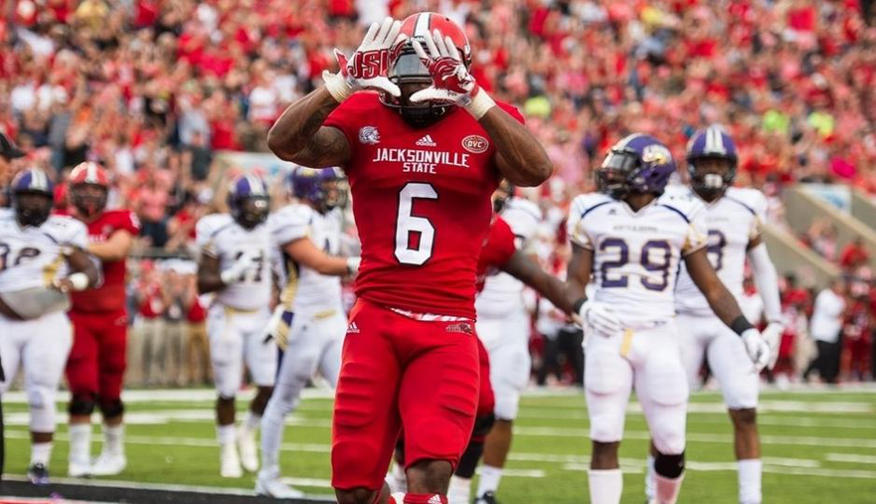 We’ve had reporters, analysts and insiders come on our Downtown Rams podcast. Before the season, one of the common themes we found from them was the idea that Sean McVay would want another pass catching style of back next season out of the draft. Now, that was before the Rams made defenses bend their will with Todd Gurley but still, we saw in Washington how important Chris Thompson was and we saw this year how limited Lance Dunbar was.

The Rams add what I believe is an absolute steal in Roc Thomas. The former Auburn transfer who can make a man miss in space, put on moves at will and take a pass to the house. The Roc and Gurley connection could be called Roc N’ Roll. Now, bear in mind last year I was targeting Tarik Cohen, he’s not that type of player but Roc could fall in nicely as the scat back behind Gurley and Malcolm Brown. Regardless if he can or not, I believe Roc is a legitimate running back at the next level. 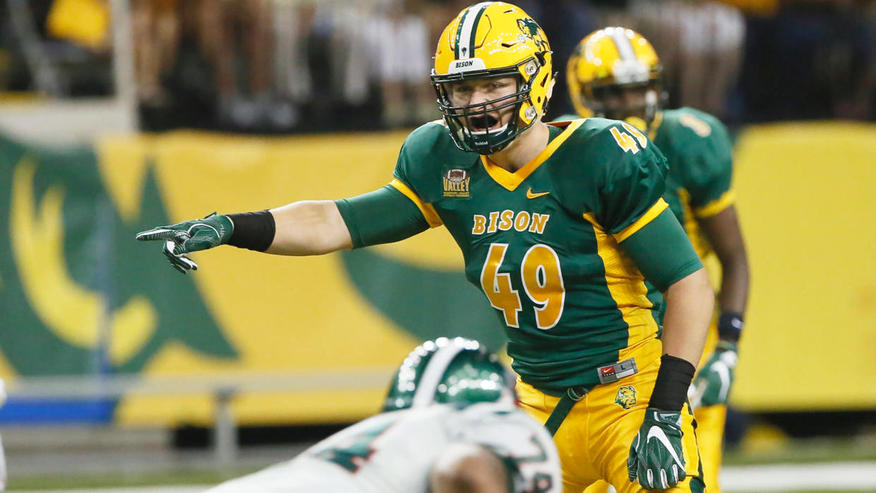 Nick DeLuca was on the pre-season Dick Butkus watchlist and is the total definition of a hard-nosed football player. DeLuca suffered an injury last year which allowed him to be granted a waiver to come back and compete in the 2017 season. He’s a tackling machine with great instincts and a see-ball-get-ball approach. There is a good chance he may rise up in the draft but as of right now I would be comfortable adding depth to an already good linebacker group in the sixth-round and in the form of DeLuca.