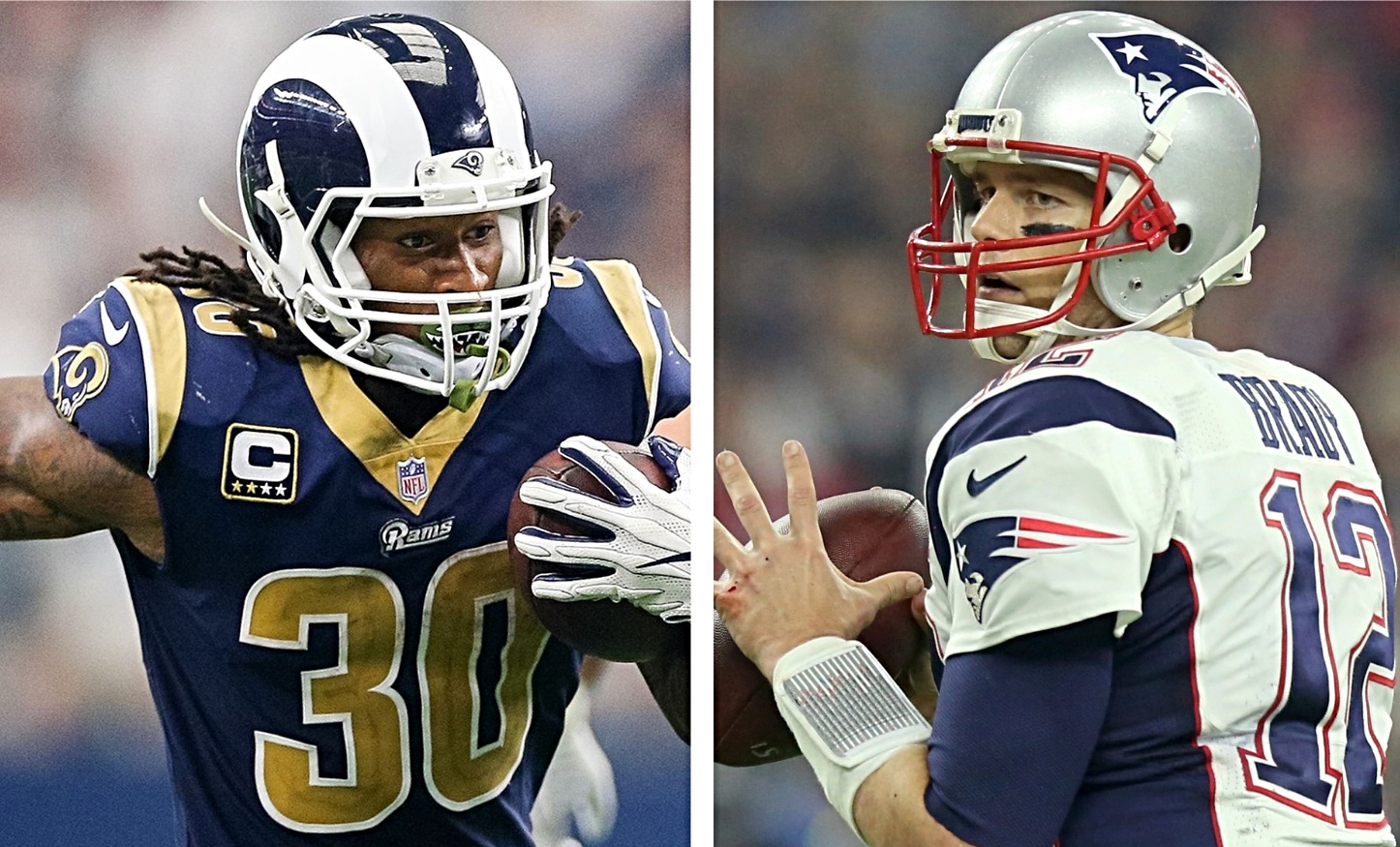 The 2017 regular season is over so we figured it would be best to vote on the NFL season awards and release the results. In this voting we had nine panel members, five votes per category and we tallied up the votes based on the votes. For instance, a first place vote would receive the maximum total of five points, followed by second place receiving four points, third place receiving three points, fourth place receiving two and fifth place receiving one. We hope you enjoy and feel free to leave any comments, questions or concerns below! 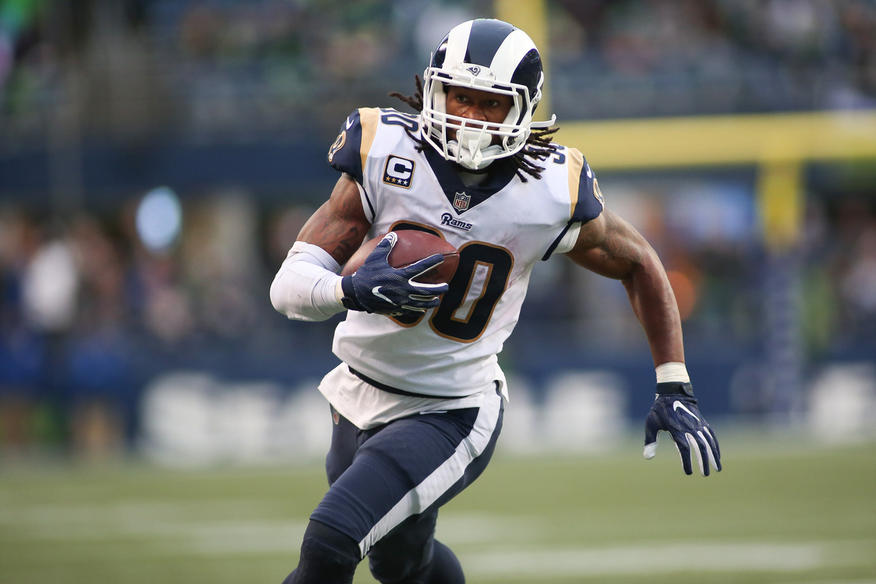 Our panel had an almost unanimous first place vote for Todd Gurley. Gurley wins our MVP award and is the first Ram to do it since Kurt Warner in 2001.

Offensive Player of the Year 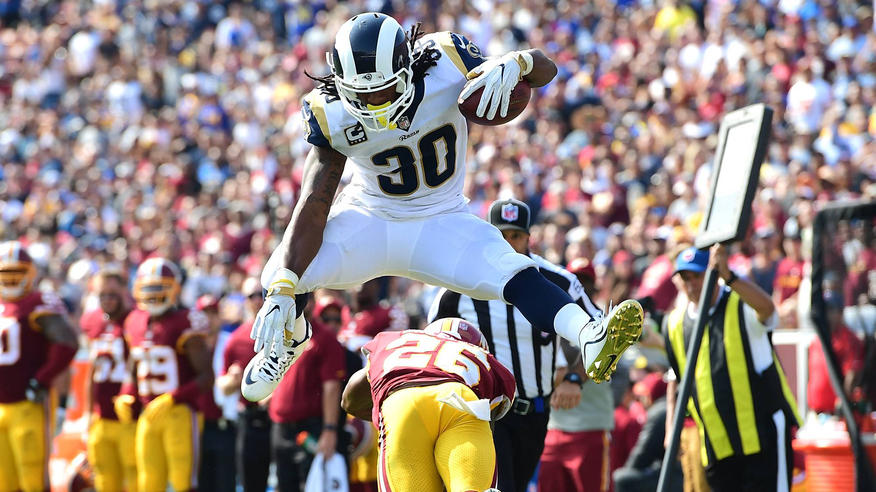 Again? Yes. Our panel rewarded Gurley after he arguably was the most dominant player in the NFL this season.

Defensive Player of the Year 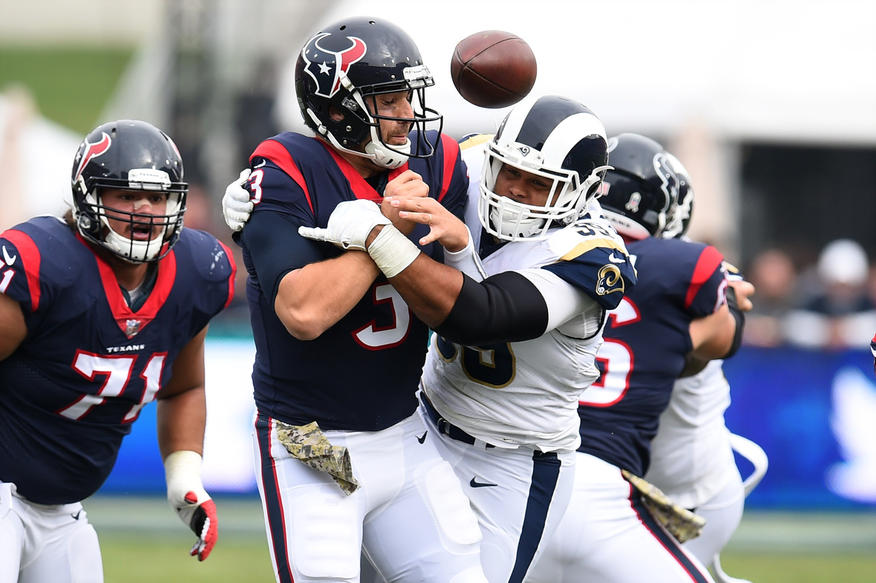 Rams dominating the awards on a Rams centric site? Yes, but regardless these players are warranted. Aaron Donald finished with more QB pressures than anyone in the league in only 14 games played.

Offensive Rookie of the Year 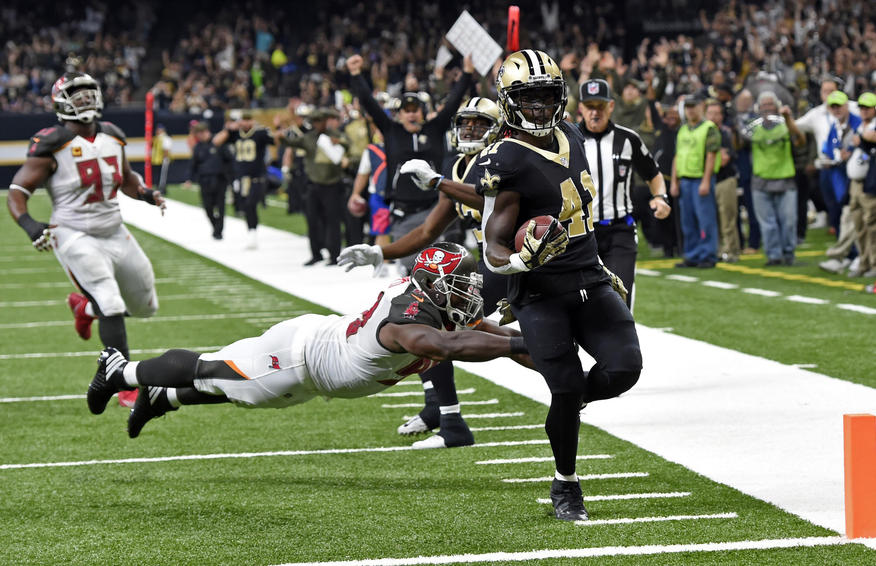 Alvin Kamara was unanimous in first place voting. In a season in which Kareem Hunt took the NFL by storm to start, Kamara stole the spotlight to finish.

Defensive Rookie of the Year 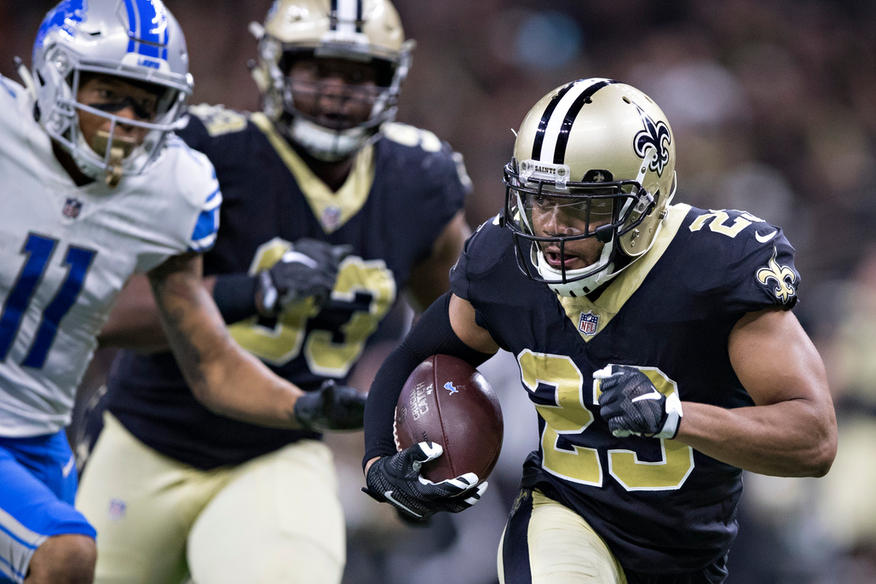 The New Orleans Saints take the cake with both rookie awards. Marshon Lattimore capped off an incredible regular season in which he helped change the Saints defense that had held them back for years.

Coach of the Year 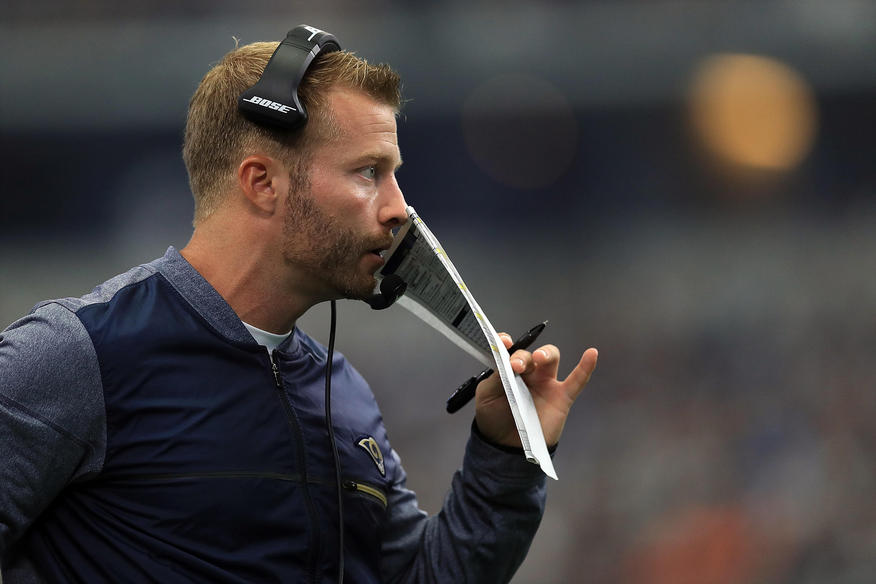 There are some great candidates but it’s impossible to ignore the obvious Coach of the Year, Sean McVay. Forget about the age, even though being 31-years old and coaching in the NFL is cool and all. McVay turned the worst offense into the best, a bottom feeder in the NFC West to the best and of course a 4-12 debacle into an 11-5 work of art. Regardless what happens moving forward, McVay has earned this award by doing things we simply haven’t seen in the modern era.

Comeback Player of the Year 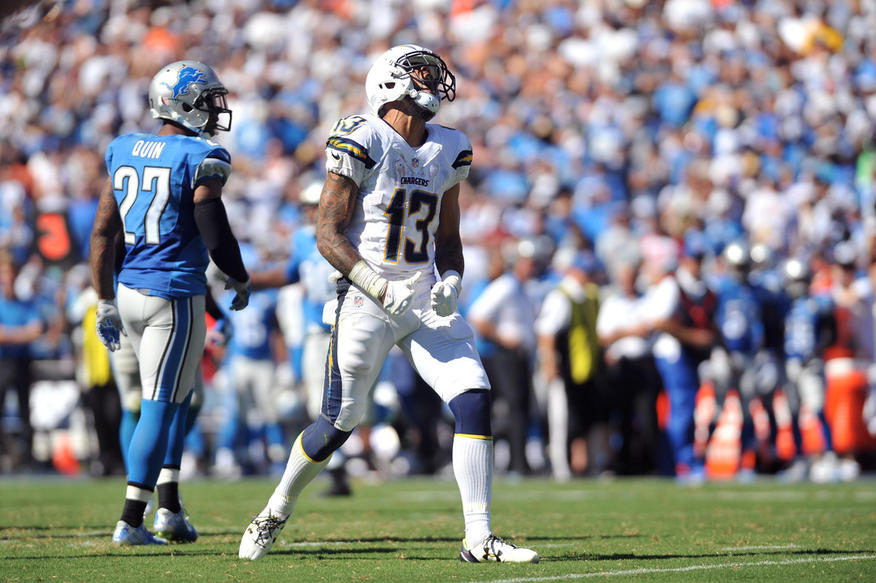 Keenan Allen missed a chunk of 2015 after lacerating his kidney, in 2016 he missed the entire year with a torn ACL in week one but in 2017 Allen came back in a big way going over 1,300 yards receiving on over 100 receptions and six touchdowns. It’s no wonder why he got the nod with this award.

Most Disappointing Player of the Year 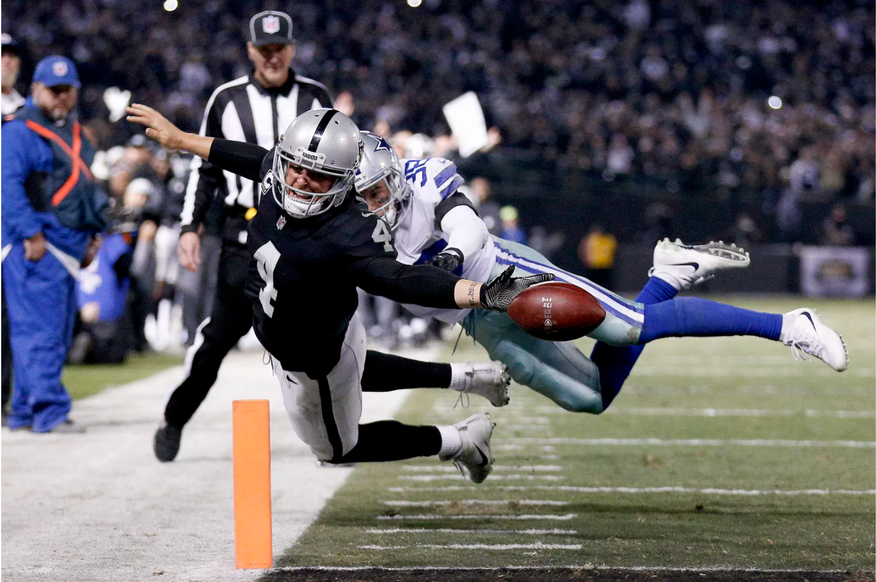 It’s unfortunate but Derek Carr came into this season the richest player in NFL history after signing a record-breaking contract right before the season. The aftermath of this season? A coach fired, a once exciting team now out of the playoffs and once considered a franchise QB now considered the biggest disappointment of 2017. It doesn’t help that the Raiders season ended on the play above. With injuries last year and this year Carr was unable to will the Raiders to the playoffs, but there’s always next year right? 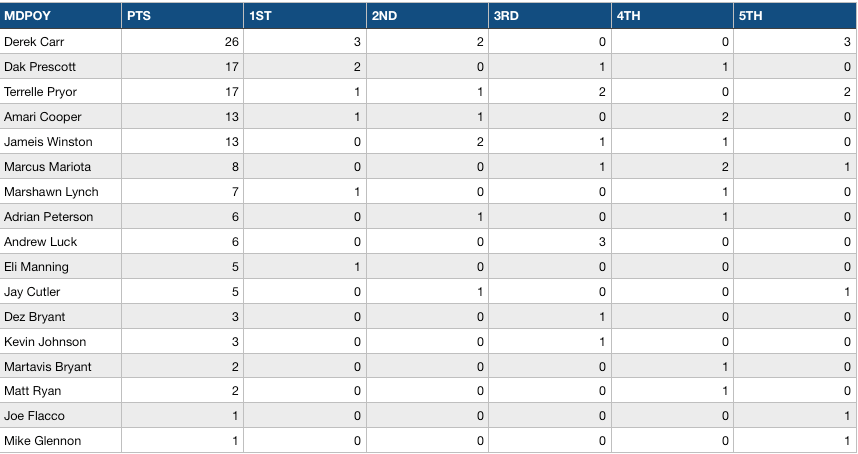