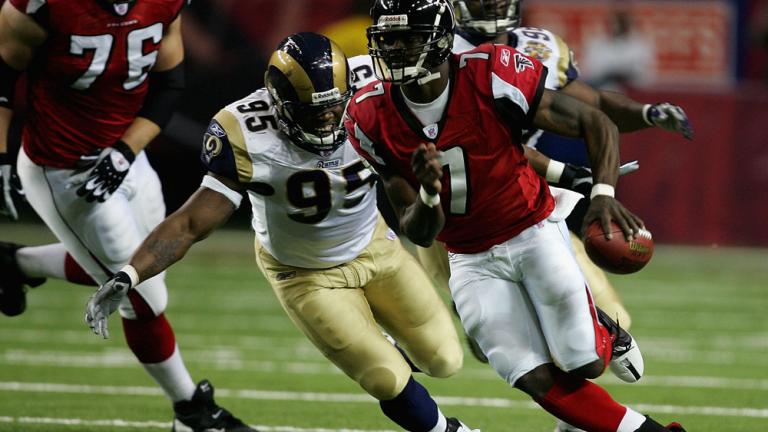 Almost 12 years ago to the date the Rams were dominated in every way against the Atlanta Falcons. This weekend they will have the chance for revenge.

It’s a different team, different players, different coaching, the Rams aren’t even in St. Louis anymore but for the fans that followed the team through the thick and thin this Saturday is crucial. The Rams defense held Michael Vick to 82 yards passing but they could not stop the trio of Vick, Warrick Dunn and T.J. Duckett running the football for a combined 327 yards. Even worse the Rams could not get their running game going with rookie Steven Jackson and legend Marshall Faulk. Marc Bulger played well despite Torry Holt being completely shut down and having to only rely on Kevin Curtis. This all led to a 47-17 shellacking on the road in what would be the last time the Rams played in a playoff game.

Now, the Rams host their first playoff game since then against none other than the last team they played in the playoffs against, the Atlanta Falcons. New faces galore, the Rams organization looks to get revenge on the team that embarrassed them back in the 2004-2005 season. This time, the Rams are not only home but the clear-cut favorite heading in. It’s an incredible storybook-like season for the Rams who turns their 4-12 season from last year into an 11-5 season with the help of veterans who went through it all on this team, new coaches and new key contributors in the player department. Sean McVay has been the rookie head coach to complete something we haven’t seen in quite some time. The Rams completed the transformation from the worst offense in the league to the number one offense in just one year and thus propelled them into the postseason.

This time around the Rams won’t have to go against quite possibly the most explosive QB of all time Michael Vick but rather a gunslinger and the reigning 2016 MVP Matt Ryan. The Falcons of course are coming off a Super Bowl loss in which they led 28-3 over the New England Patriots late in the third-quarter and blew the 25 point lead, went to overtime and lost in heartbreaking fashion. The Falcons are last year’s reigning NFC champions and will look to get back and take care of business. Of course since that game offensive mastermind Kyle Shanahan and the up-and-comer Matt LaFleur have departed. Crazy enough, LaFleur went to the Rams to become the offensive coordinator and has had serious success in doing so.  The Falcons still kept most of their team together from last year and so it was really just the coaching. Of course, coaching matters and you can see the offensive output last year with the better coaching versus Steve Sarkisian calling the plays this year. Since Shanahan left, the Falcons have gone from the number one offense to now the 15th offense in football. Ryan went from almost throwing 5,000 yards, 38 touchdowns, seven interceptions and winning an MVP to completely plummeting his production under Sarkisian, barely putting up 4,000 yards, 20 touchdowns, 12 interceptions and nowhere close to being the MVP or even being in the conversation. 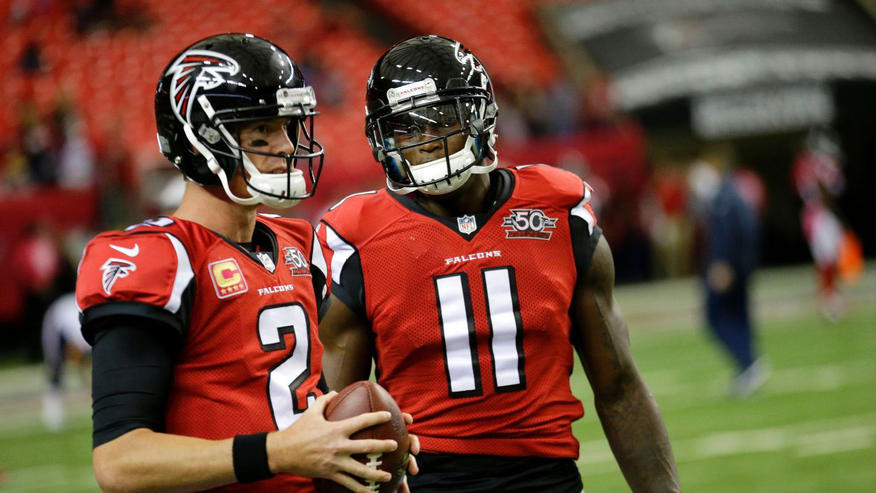 It will certainly be interesting as most of these Rams albeit young, hungry and talented. Lack the experience that a team like the Falcons have from last season. Jared Goff went from winless last year in seven starts to leading his team to an 11-5 record, the same record Ryan led the Falcons to last year in their quest for the Super Bowl. It seems crazy but here we are in one of the most exciting games of the post-season the Rams are looking to de-throne the defending NFC champions. This is the same team the Falcons laid waste to in the Coliseum which ultimately got Jeff Fisher fired. It’s funny how life flashes back at you and in this case the Falcons are possibly looking at the beast they are indirectly responsible for creating. There is no way last year when Matt Ryan was embracing Jared Goff after the game did he think after beating him 42-14 that they would meet a year later in the playoffs with his team hosting the playoff game. 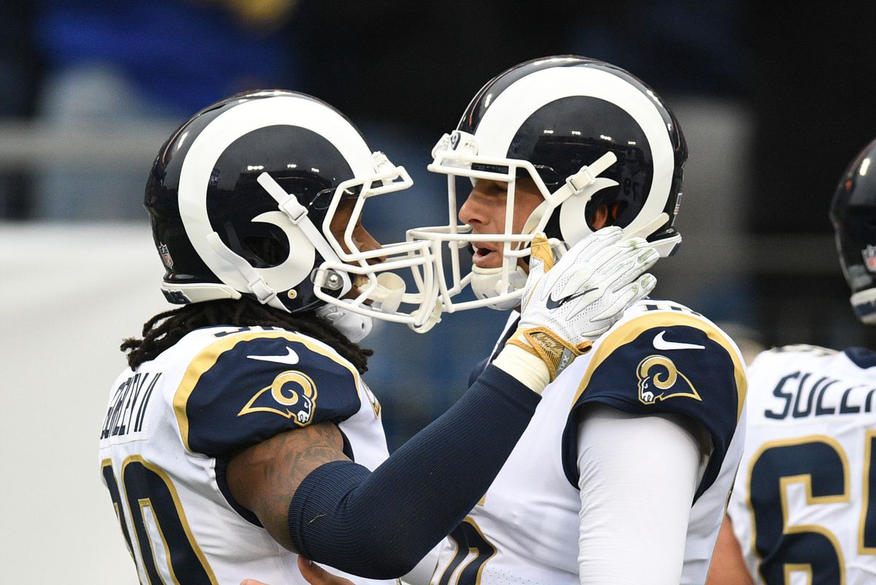 This game is the Rams first chance to show the league that they are here to stay for years to come. A win over the Falcons would open up a match-up and a rematch against the Minnesota Vikings, the only team that truly outplayed the Rams this season from start-to-finish. There is a good chance that if the Rams won that game they could end up hosting the NFC championship for the first time since 2001 when the beat the Eagles in St. Louis 29-24. It would be the first time the Rams hosted an NFC title game at the Coliseum since 1978 when the Cowboys won 28-0. It’s a huge opportunity for the Rams but before you look ahead, you have to deal with the obstacle in front of you and until Sunday that obstacle is the Atlanta Falcons. You cannot take this team lightly, although their offensive output has been severely underachieving the Falcons still have dynamic playmakers in Devonta Freeman, Tevin Coleman, Julio Jones and even the emerging second-year tight end Austin Hooper. Win or go home, the Rams intend on having a different outcome than last year and a much different outcome than 12 years ago.