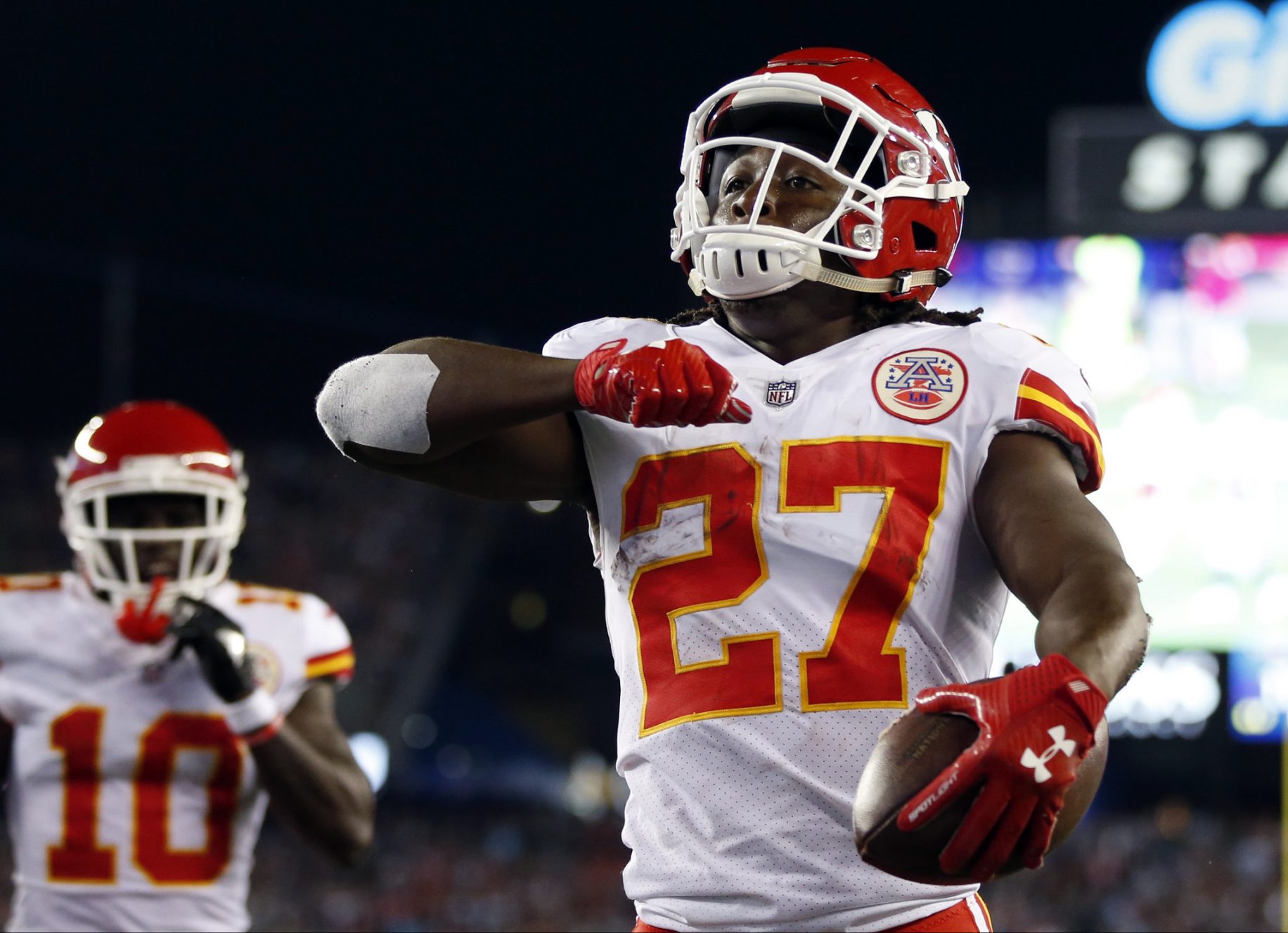 The Rams rested almost all of their starters yesterday including rushing leader Todd Gurley who was in jeopardy of losing his rushing title to LeSean McCoy.

That was all assuming the Chiefs didn’t pull a fast one and unleash Kareem Hunt, their rookie star on one carry that he would take 35 yards and all the way to the house. Hunt would not play at any point in the game moving forward but the damage had been done to Gurley. Although he probably doesn’t care, Hunt became the 2017 rushing champion on that carry as lame or bush league as you may think it is. Hunt finishes with a top rushing total of 1,327 yards while Gurley finishes runner-up with 1,305 yards.

Of course, let’s not trash Hunt because of it, it’s ultimately Andy Reid’s decision and it apparently meant enough to him to get Hunt his title and in the process risk his health in a meaningless week 17 game. Hunt had an extraordinary year for a rookie but it was the start that made people take notice. Hunt finished strong but overall he wasn’t the back that Gurley became as the season went on.