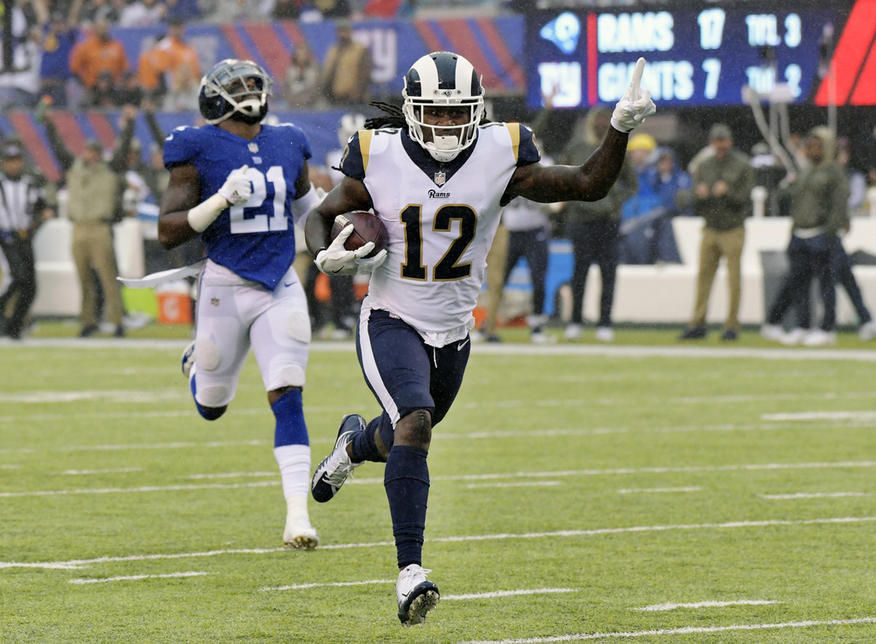 Los Angeles, Calif. – With the Los Angeles Rams having clinched the NFC West last week and therefore the playoffs, the offseason has become less of a talking point. While different, it is a good thing.

However, with Green Bay Packers wide receiver Davonte Adams signing a new contract on Friday afternoon, it brings up a topic that will be one of the top storylines of the Los Angeles Rams’ 2018 offseason: How much should the Rams pay Sammy Watkins?

Thus far in 2017, the new Rams receiver has just 39 receptions for 593 yards. That is just the 31st best output for a Rams wide receiver since the year 2000. Take out Torry Holt and Isaac Bruce and it’s still just the 15th best behind players like Brandon Gibson and Chris Givens.

To point that out isn’t to say Watkins isn’t a bad wide receiver, however, it’s more so to point out how the Rams use their wide receivers. The Rams don’t use Wakins like a prototypical number one wide receiver. That’s why they don’t and won’t have a receiver eclipse the 1,000 yard mark this season.

Watkins is going to demand upwards of $15-million and it’s just going to depend if the Rams value him to that degree. What needs to be remembered is this isn’t your prototypical offense. Do the Rams NEED a number one receiver?

Sean McVay took Robert Woods and in year one and in just 12 games, the former Bills receiver had a career high in yards and tied his career high in touchdowns. McVay made Cooper Kupp the most productive rookie wide receiver. And let’s not forget what Todd Gurley is doing in the receiving game this season.

With receivers like Jarvis Landry, Taylor Gabriel, Terrell Pryor, and others currently set to hit the free agent market, is Watkins more valuable than them or can they pay less for the same production is McVay’s scheme?

What seems like the most likely scenario is for the Rams to cut ties with Trumaine Johnson and use the franchise tag on Watkins. This would give Watkins a full offseason to develop rapport with Goff and get more comfortable with McVay’s offense.

Last season’s franchise tag at wide receiver came out to $15.6-million, but would be more this offseason. Most likely upwards of $16-million. This allows the Rams to see exactly what they have in Watkins without committing long-term.

This is going to be a situation to monitor and one of the top storylines for the Rams this offseason.