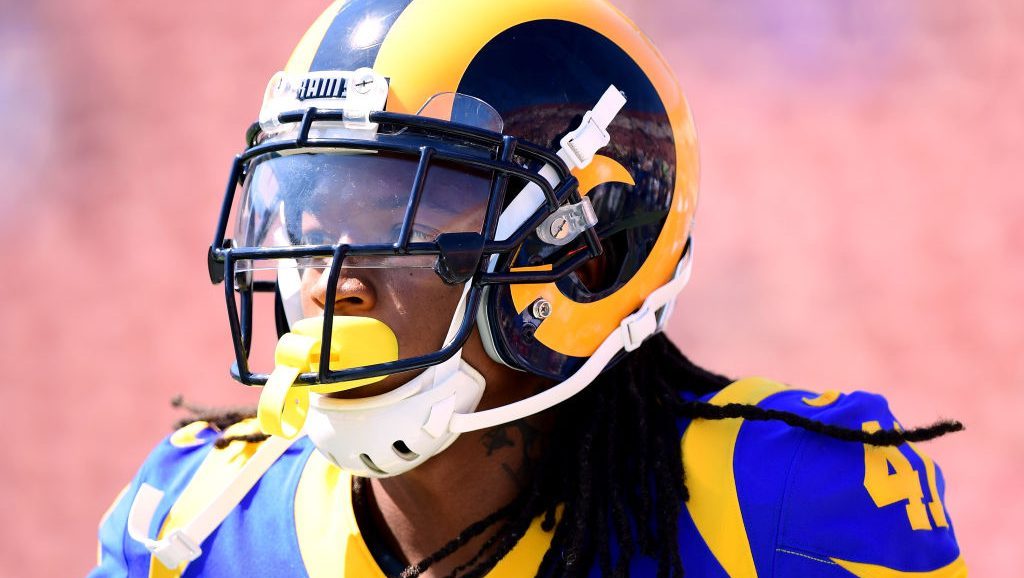 The Rams have made some more moves as they look to close in on their final 2017-18 playoff roster moving forward. Unfortunately key contributing safety Marqui Christian was placed on injured reserve with an injury that will end his season.

It’s unfortunate as the young two-year veteran had carved out a nitch in the special teams unit and as a rotational defensive piece in the secondary. The Rams have now had to IR three key contributors of a playoff team in just two weeks. That right is there is why Sean McVay finds himself reluctant to throw out his starters this week. In correspondence to not only this Marqui Christian injury but also the previous one from earlier in the week with Matt Longacre. The Rams will add two players to the active roster: OL Aaron Neary and OLB Garrett Sickels, both of which will come off of the team’s practice squad. Of course, in correspondence to those moves the Rams have signed TE Henry Krieger-Coble & CB Taurean Nixon to the practice squad. Ironically both of them were with the Denver Broncos back when Wade Phillips was the defensive coordinator. The reason for the irony is the fact that the Rams brought in a former Bronco TE that was never even personally coached by Phillips himself.

For these four players new opportunities have arisen. The Rams likely will use Neary in the game this Sunday as they look to sit their key starters and keep them fresh for the playoffs. The same could be said for Garrett Sickels who not only replaces the position that Longacre left behind, but also will likely play with the starters expecting a rest as well.

We wish Marqui Christian the best and of course the new Rams active roster members and practice squad members the best as well moving forward. This is a big opportunity for all four of them and with the lack of depth on offensive line Neary might have as good of a chance as anyone starting in the playoffs barring an injury.