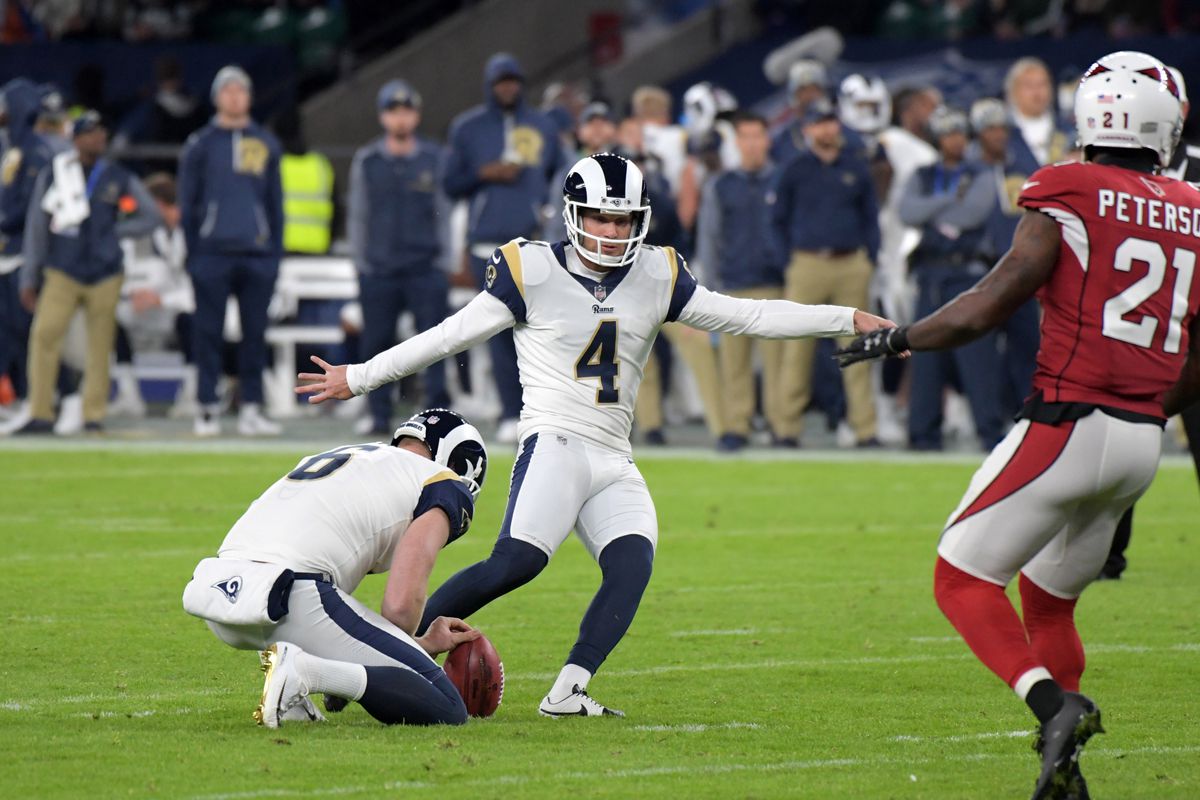 This has been a magical year for the Rams and Greg Zuerlein but unfortunately Zuerlein will likely no longer be a part of the team’s active roster the rest of the way.

Adam Schefter has reported that the Rams Pro Bowl kicker Zuerlein has been placed on the injured reserve list and the Rams have signed former Penn State graduate Sam Ficken in relief. This is quite honestly a disaster for the Rams, it’s not just a kicker we are talking about. This is a kicker that has been making a push to pass LaDainian Tomlinson as the all-time scoring leader in an NFL single-season.

The Rams are 3-3 in games decided by single digits and going into the last two games in playoff-clinching scenarios and of course, the playoffs it will be tough to not have a kicker like Zuerlein available. The man they call legatron gave the Rams a legitimate weapon on fourth down and on the opponents side of the field. When you have a kicker that can nail a kick from 60-plus yards it adds a ton to the offense. Unfortunately, this means the Rams are going to have to step up and turn an already top two offense into a touchdown-spree. Ficken now has a huge opportunity but there is no reason to expect him to be Pro Bowl level and that’s exactly the caliber of player the Rams lose with this unfortunate injury.

For Zuerlein, this is an injury that had been going on all year but as Michael Duarte reports, it flared up in the game this past Sunday in Seattle.

It will be up for Ficken and the Rams offense to step up and contribute as they strive for their ultimate goal of winning the Super Bowl.