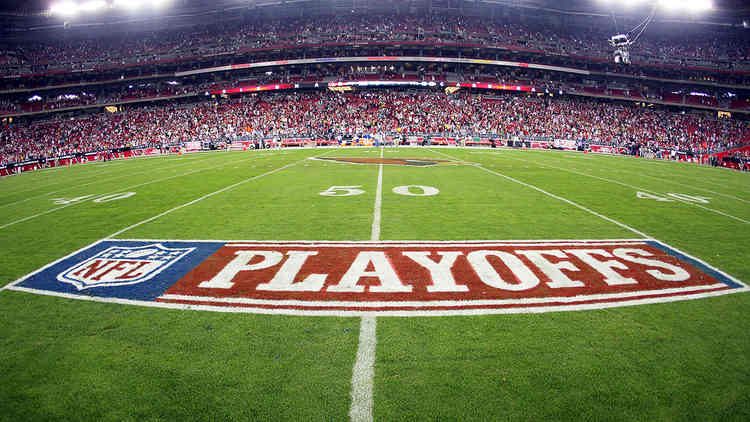 With the Los Angeles Rams’ 42-7 win over the Seattle Seahawks on Sunday, it almost all but guaranteed a playoff appearance for the team in horns. While it is still technically possible for the Rams to completely miss the postseason, it is highly unlikely. According to the New York Times they have a 98% chance of making the playoffs and a 96% chance of winning the division.

That being said, with two weeks left, there is still a lot of football left to be played. The Rams could end up with as high as the two seed and as mentioned earlier, they can still miss the postseason all together.

Being realistic, assuming the Rams were to make the playoffs, here are the realistic scenarios to keep an eye on and which most benefits Los Angeles.

Wouldn’t this be something? The Rams’ last playoff game was a loss to the Falcons who were on their way to the NFC championship game lead by Michael Vick.

This is one of two scenarios that the Rams can lose out and still make the playoffs. The Falcons would have to win the NFC South and the Saints would have to finish 10-6 as the Rams would hold the tiebreaker.

Obviously playing on the road is not ideal, however, the Rams are 6-1 away from the Coliseum this season and the Falcons are just 4-3 on the road. Being the six seed would also guarantee a meeting with the Philadelphia Eagles in the divisional round.

Without Carson Wentz, the Eagles would be a very favorable matchup with Nick Foles at the helm. Winning on the road in a playoff atmosphere obviously isn’t ideal especially back to back. At the end of the day you want to play at home in the playoffs. One win in the final two is all it will take.

This is probably the least likely scenario.

Another unlikely scenario as it would mean the Rams losing out, this would be quite the game as LA just routed the Seattle Seahawks 42-7 in their own place.

In order for this game to happen, the Falcons still win the NFC South and take the three seed, however, the Carolina Panthers would have to go 0-2 in these final weeks.

While the Rams did just beat the Seahawks 42-7 at CenturyLink, it seems difficult to think that a game like that would happen back to back between these two teams. The Seahawks will have that loss in the back of their minds and without questions would not let it happen again.

Because the Seahawks are beat up on the defensive side of the ball and the Rams did just beat them in the fashion that they did, is why this game is ahead of traveling to Atlanta.

Playing the Falcons is without question one of the worst scenarios for the Rams outside of becoming a wild card team or missing the playoffs. The Falcons are a team that can match the Rams offensively and not only that, they are just a year off from being five-minutes away from being a Super Bowl champion.

The Falcons started slow, but are 5-1 in their last six including wins against the Seahawks, Cowboys, and Saints. Their only loss, a 14-9 losing effort to the same Minnesota Vikings team that beat the Rams 24-7.

Atlanta has the fire power offensively with their dual running back threat and they have a good receiving corps that boasts Julio Jones and Muhammad Sanu. Their defense also has the speed to matchup with the Rams’ offense.

This is a seasoned team with playoff experience, something that the Rams simply don’t have.

As it stands right now, this is who the Rams will face and will stay facing if Atlanta loses just one of their next two. However, if they win out, the Rams would then play the Carolina Panthers where as if the Falcons go 0-2 in the final two weeks against New Orleans and Carolina, that gives Los Angeles a matchup against the Detroit Lions.

Along with this being a tough matchup for the Rams, it also means that with a win they are guaranteed a meeting with arguably the better of the two top NFC teams in the Minnesota Vikings. Los Angeles lost in Minnesota pretty convincingly earlier in the year making it a rematch that best be avoided.

2. No. 4 Seed vs. No. 5 New Orleans Saints/Carolina Panthers

It seems odd to put a match-up against a very good New Orleans Saints team that would be more healthy on defense if they play the Rams in the opening round of the playoffs as the number two best scenario.

The same can be said for the Carolina Panthers who have one of the better running games in the NFL and a legit defense that could give the Rams offense some trouble.

However, that is exactly what I’m doing and hear me out. The reason this is favorable is because of what would happen in the next round.

The Rams have already beaten this New Orleans Saints team at home in Los Angeles which is exactly where they beat them the first time.

The Panthers, while they have one of the best rushing attacks, have not proven they can win consistently by putting the ball in Cam Newton’s hands. In the playoffs, quarterback play matters and Newton ranks just 17 with a 53.7 QBR and has seven games this season that he’s thrown for less than 200 yards and four times has completed less than 55% of his passes.

The Saints would be a scary playoff matchup against a seasoned team, while the Panthers were in the Super Bowl two years ago. However, in the playoffs, it’s all about giving yourself the best chance each week.

In order to get the four seed, the Rams would need to rest their starters against San Francisco and finish the season 11-5 rather than 12-4. That would put New Orleans or Carolina ahead of them.

This scenario only happens if the Falcons lose to both the Saints and the Panthers and the Lions beat both Cincinnati and Green Bay. This is a very likely scenario.

After week 15 the Lions are ranked just 13 in Pro Football Outsiders DVOA. Like the Rams, the Lions are a team without a lot of playoff success and won’t scare a team with their offense whose top two receivers are Golden Tate and Marvin Jones. The defense also doesn’t have a big name player that should scare the top-ranked Rams offense. The Lions team that is where they are because of the play of their quarterback Matthew Stafford.

Detroit is much less intimidating than the Atlanta Falcons or Carolina Panthers. Without a solid running game, something that has been a weakness of the Rams, the Lions are a team that Los Angeles has a favorable matchup against.

The only negative here is that, like all scenarios in which the Rams are the three seed, it means a guaranteed meeting with the Vikings with a win. However, a win would mean the Rams’ first playoff win in over a decade and at home that would be pretty special.

When all is said and done, the Los Angeles Rams have a team that is going to compete week in and week out. Even against a tough Vikings team, the Rams would compete until the very end and at that point anything can happen.

When healthy, there isn’t a single team in the NFC that you can outright say would beat the Rams nine out of ten times. If the Rams were to play all of these teams 10 times, each team would probably win five. This is a team that with two weeks to go