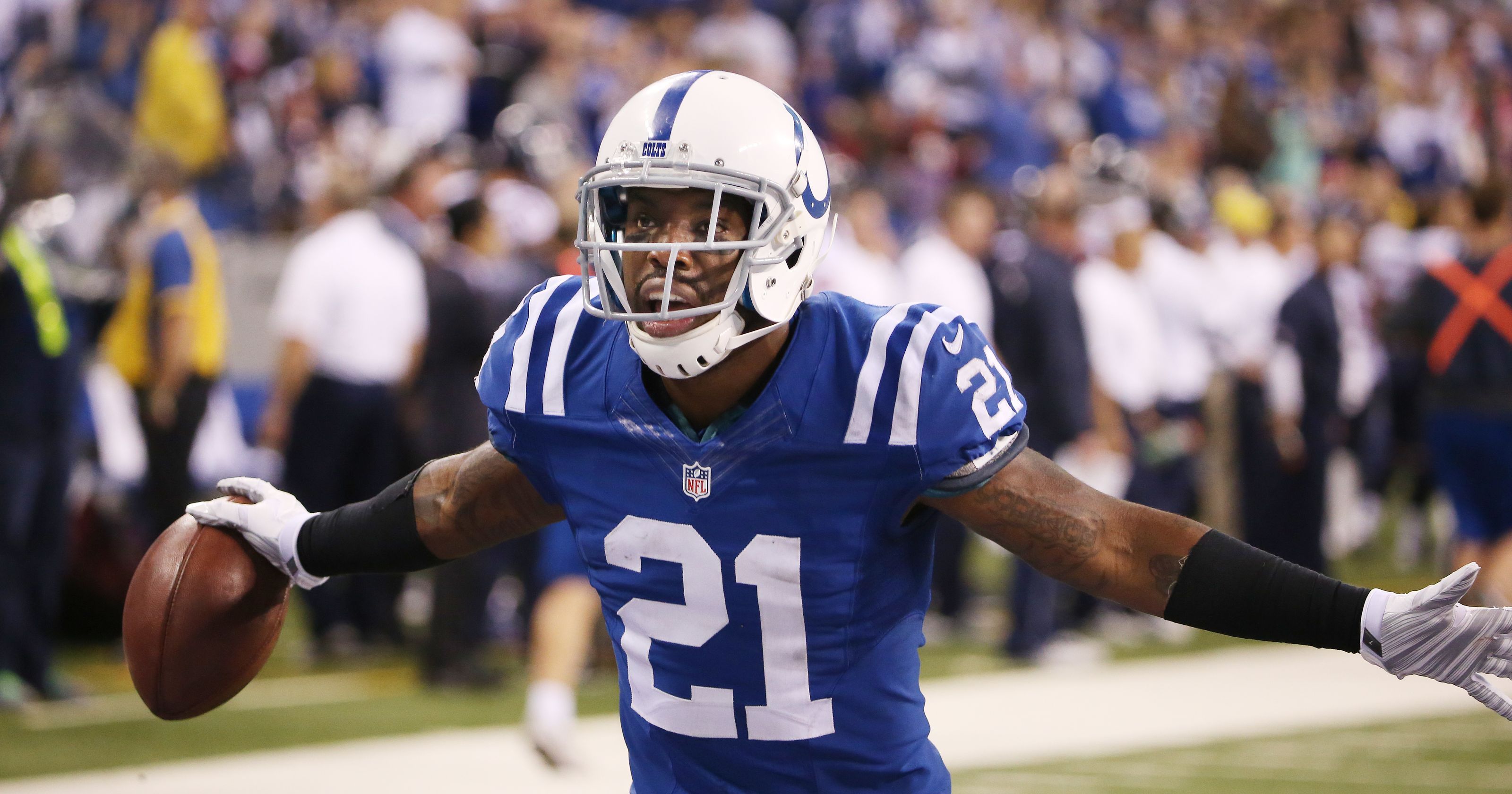 In the NFL you just never want to see a season-ending injury, let alone one that has the potential to derail your playoff hopes this late in the season. While there is a reason some players are waiting for a call and are free agents to begin with it’s one of the only routes a team like the Rams who just lost starting CB Kayvon Webster can go.  Since the trade deadline has passed here are five emergency cornerbacks the Rams can sign right now in free agency, options the Rams have in-house and options the Rams have on other teams’ practice squads. 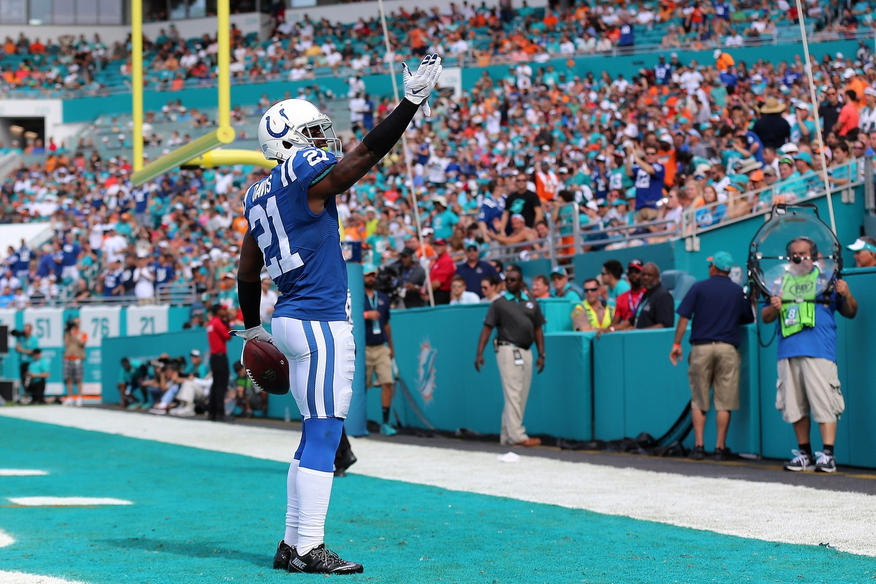 This is likely the best-case scenario for the Rams. This all depends on Vontae Davis being healthy and after undergoing surgery on his groin. It was said to be season-ending but according to a source close to Davis it’s a possibility he returns to play for a playoff contender. This would be the best scenario because the Rams indeed get a player with tons of experience playing at a high level and someone that has proven he can play on an island all by himself. Of course, to expect Davis to come out and play lights out coming off surgery are reckless expectations at best but if he indeed is cleared it could be a no-brainer of a one post-season signing as he heads into free agency. 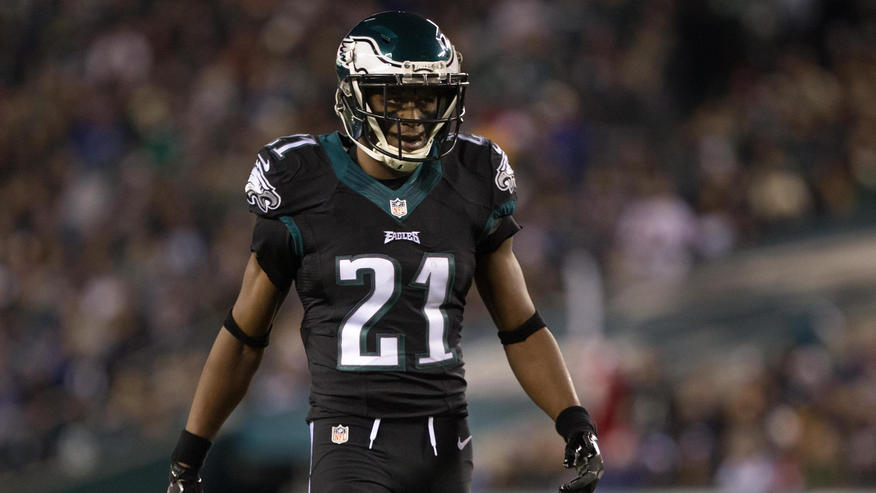 An older option but likely more available and realistic option is Leodis McKelvin. The former first-round pick didn’t have the career that was expected but he’s always been solid. I call this the most likely option seeing as the Rams have already worked him out this season. Although, it was in August which was awhile ago but if the Rams can bring Cameron Lynch who was cut in the off-season of 2016 back to a team that has almost an entirely new coaching staff there is certainly a possibility the Rams could bring in McKelvin for their playoff run. 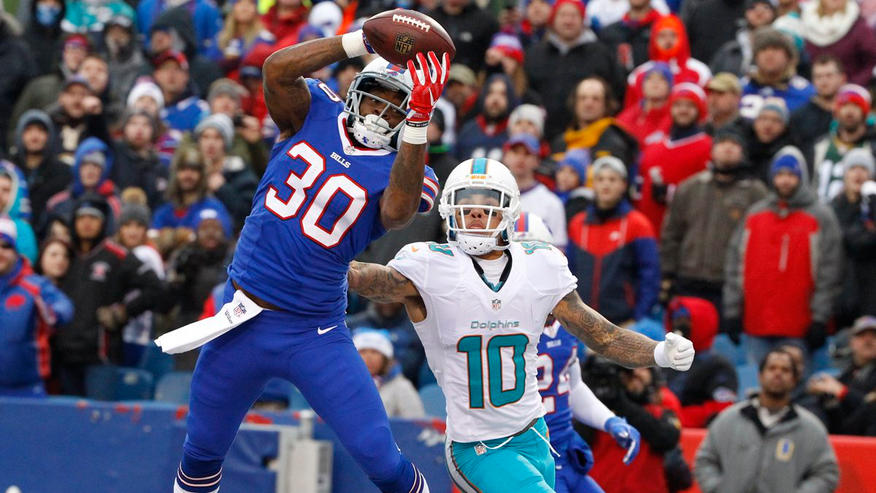 Corey White has bounced around the NFL but only finds himself at 27 years old and plenty of starting experience under his belt. He’s not a very popular name but he does have six interceptions in his career and really had the respect of Rob Ryan who brought him along to multiple places while he was the defensive coordinator. With the size, youth and starting experience White could be an intriguing and under-the-radar move that would allow the Rams to get him ready to start in the post season. 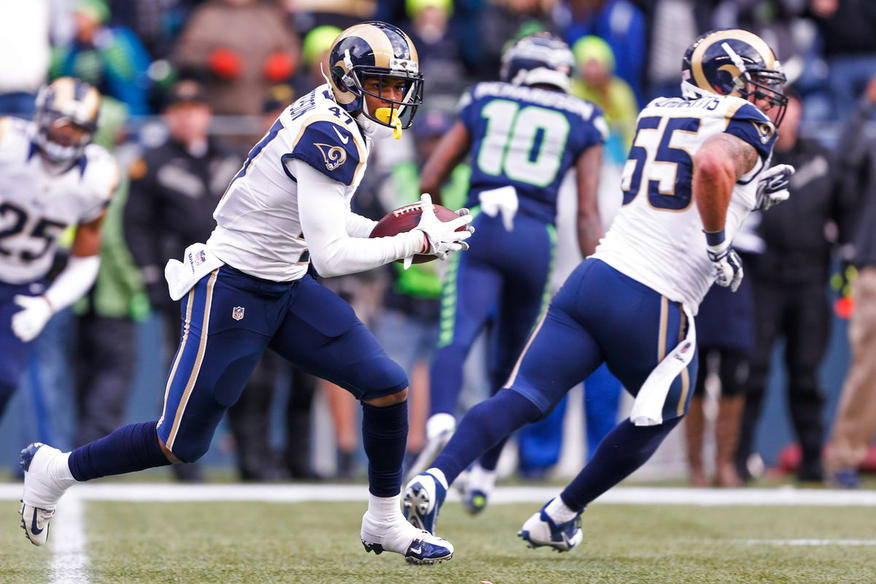 One of the surprise cuts of 2016 was Marcus Roberson. I think if I’m the Rams I consider bringing him back just like Lynch. Roberson had some upside, size and ball skills. Not to mention he has the experience starting for the Rams and he’s only 24 years old. 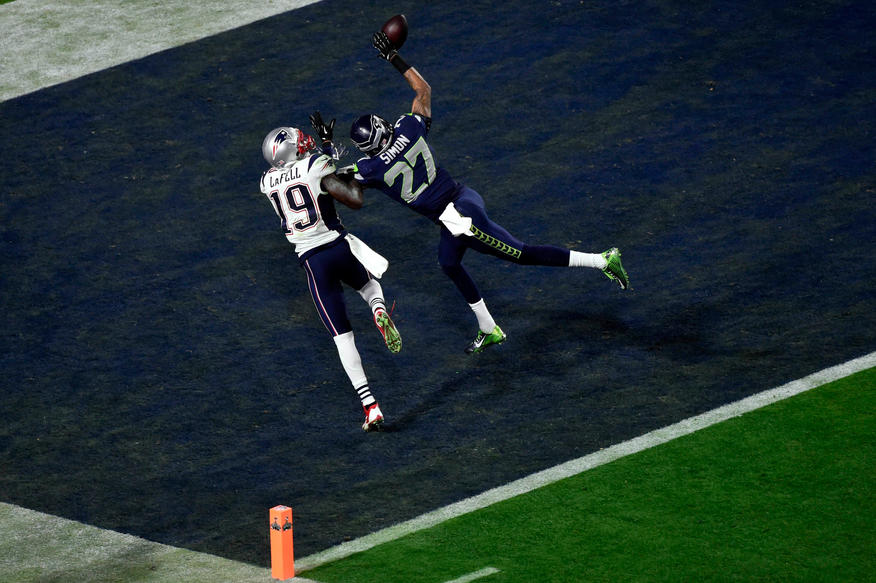 Sure only five starts in his career but he played significant amounts of time with a two-time Super Bowl appearing team and had made a couple huge plays in the Super Bowl. Simon is still young and hasn’t been able to stick on a team but he’s been around a lot of talent and with that 6-foot-3 Richard Sherman-like frame he could be a stud as a starting outside corner if given the opportunity. The Rams could use him as they try to make a run towards a Super Bowl. This is considered in my mind the most intriguing option based on the fact this could be a long-term option if he indeed can develop under the right coaching. 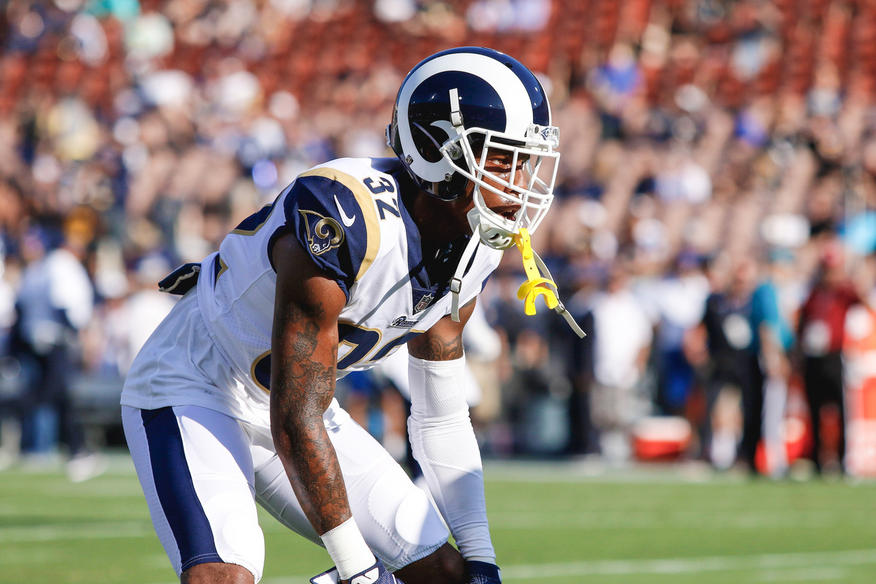 Troy Hill is likely going to be the starter from here on out on the outside. He’s actually had a solid season in limited work after coming off his suspension. Hill ascended over previously mentioned Marcus Roberson leading to his spot on the 53-man roster. However, he has done enough to gain the confidence of now two almost entirely different coaching staffs. Hill has a huge opportunity to not only fill Kayvon Webster’s shoes but to show the Rams they might have a starting CB next season even if Trumaine Johnson leaves. 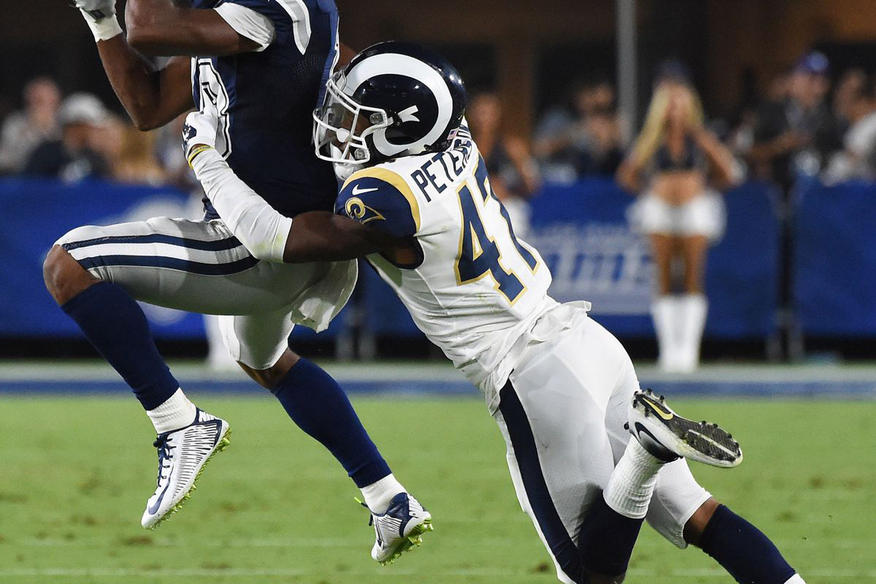 Kevin Peterson is the man up after Hill and he’s also had the experience. Peterson has the talent but will be exposed going up against bigger receivers like week two in the end zone versus 6-foot-5 Terrelle Pryor. However, Peterson’s recovery speed and cover ability is a little underrated he has a chance to be a good number three corner so playing behind hill could work. 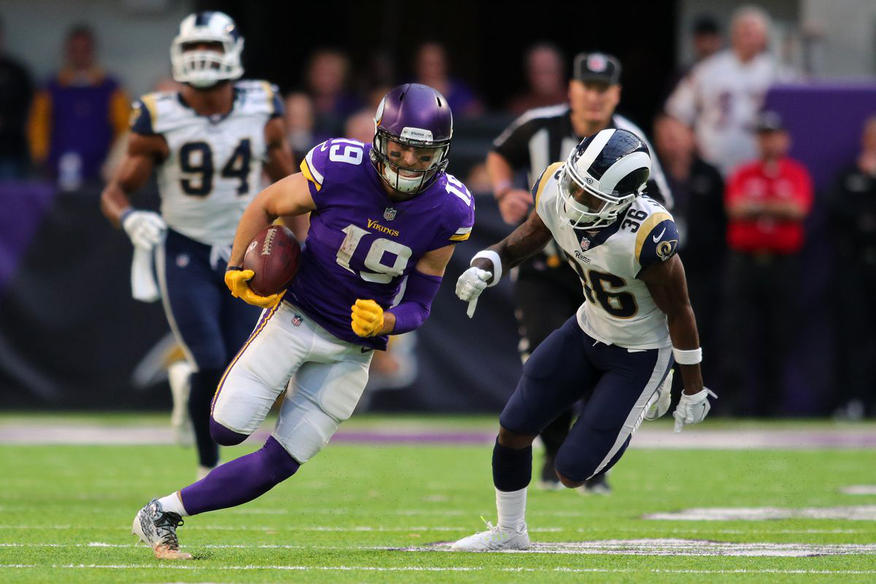 As of right now Hatfield is nowhere to be found on the Rams roster so it’s not exactly in-house but I expect that he will be signed to the practice squad. Regardless, Hatfield has struggled but the Rams might want to bring back someone who knows the defense and was on the team last week. Hatfield is not the best scenario but his depth he will provide and his special teams ability makes him valuable. 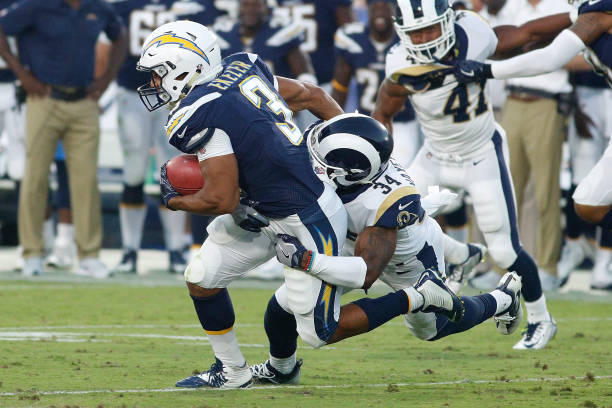 Another asterisk and the reason is it’s another player who is not on the Rams yet. The team however, had Penton in camp and gave him a bigger bonus than any other undrafted rookie free agent. That normally means something, but this time around it didn’t. Could the Rams bring Penton back who hadn’t even seen the practice squad? Who knows. At this point you can’t rule him out though. 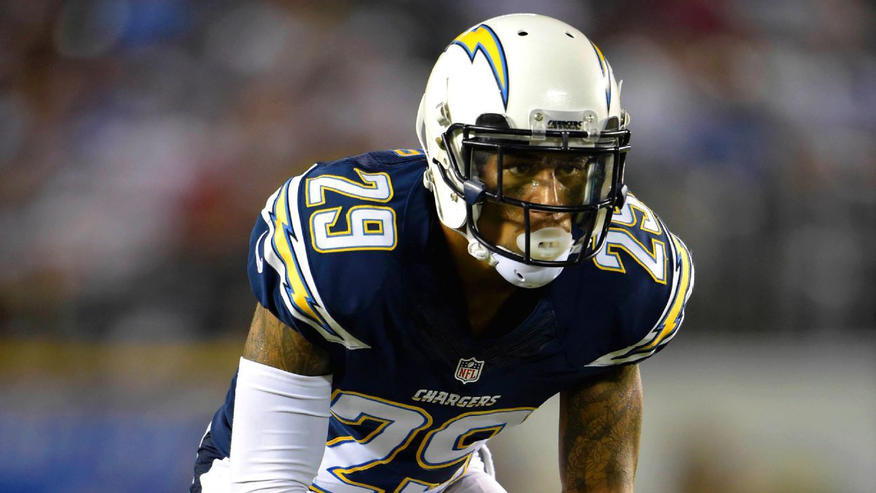 The Steelers traded for him before the season from none other than the Washington Redskins, Aubrey Pleasant has worked with him before but does he like him enough for the Rams to poach him off of the Steelers practice squad?

Interesting player here Sojourn Shelton had some promise coming out of the draft and based on talent alone this would make a lot of sense.

Former third-round pick has serious raw talent and started eight games last season. Do you start back up the battle for LA and piss of the Chargers by grabbing him? You could.

A fifth-round pick that only has one NFL start might not be as good of an option as Mager or Phillips but worth a look.

A standout at Michigan, long corner that needs more weight on him. I don’t really think he can come in and start.

Former preseason Ram, has intel on Seattle but has never been able to stick on an active roster so I wouldn’t bother.

4. Pull Antonio Cromartie out of retirement

Ha. He considered it at one point but it appears now that he’s into T.V. it will take a Jay Cutler like deal to reel him out of retirement and that wouldn’t be worth it.

The Rams most likely are going to stand pat and put tons of faith into inexperienced and youthful corners Troy Hill and Kevin Peterson. That isn’t a bad thing though because this coaching staff knows what they are doing but a move to sign even a Craig Mager off of the Chargers practice squad or even free agent Leodis McKelvin could help. Most likely though if the Rams add any new CB to the roster it will be Dominique Hatfield. Of course, I bet they wouldn’t mind if they still had Mike Jordan right about now but that is now out of the question.

What are your thoughts?