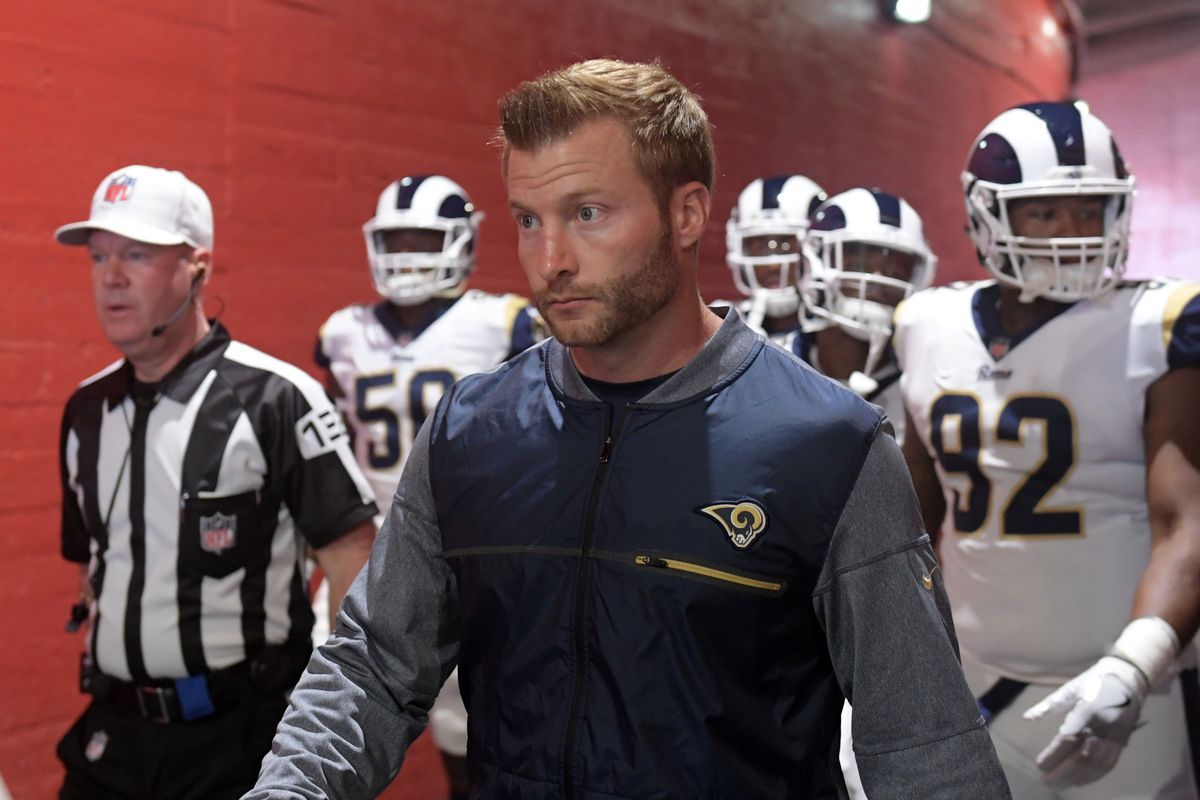 With the opportunity to claim the number 2 seed in the playoffs and a 10-3 record, Rams face an Eagles team looking to rebound from a loss to the Seahawks. Play calling and limiting mistakes will be crucial in what should be a playoff type atmosphere. Some key match-ups will be winning the battle in the trenches on both sides of the ball. Seattle’s defense was regularly in the backfield last week putting constant pressure on Wentz. The result was a very uncomfortable QB making mistakes trying to avoid pressure, something the Eagles 2nd year QB had been accustomed to this year. Also experiencing some turmoil last week back up OT Halapoulivaati Vaitai who had performed admirably in Jason Peters absence in prior weeks. Rams defensive line should have no problem creating pressure against an offensive line who gave up a season high 27 pressures (Per PFF stats) in Seattle. Wade Phillips should be able to disguise coverage’s and blitzes to disrupt Carson Wentz and the offense from getting in any kind of rhythm.

Rams also need to be stout against the run as they have been susceptible to giving up long runs, especially in the first half of games. As Philadelphia has a two headed monster in the backfield in Jay Ajayi and LeGarrette Blount who can rip off big chunks of yardage at any given moment. Might be the linebackers toughest test going up against bigger backs, hopefully Ogletree is good to go. Important for Aaron Donald and Michael Brockers to show out and create havoc in the backfield and help slow down the run and close the gaps quickly. The secondary should benefit with the front seven getting good pressure and containing the outside edge in a game where the turnover battle probably decides the game.

On the other side of the ball is a little tougher task keeping Jared Goff clean. The Eagles possess one of the best defensive lines in the league and that could spell trouble for the Rams offensive line, particularly the right side. Although improved from last year Rob Havenstein struggles against good pass rushers and may need some help throughout the game. This may be where Todd Gurley needs to be utilized more in the run game to keep the defense honest. McVay has been relatively pass happy the past couple weeks,dialing that down a bit to be more balanced may be necessary.

Player of the game should be Todd Gurley, getting him going early will be key to setting the tone for the game. Sustaining long drives and keeping the pressure off Jared Goff.

Potential game wrecker for the Rams might be Eagles big running backs matching up against the Rams smaller linebackers.

Prediction: Turnover battle wins the game, I think the run game gets going and McVay gets Goff some easy throwing lanes and does not turn the ball over. On the flip side Aaron Donald creates a turnover by strip sack and the Rams are able to jump out in front first and put the Eagles offense in a panic causing Wentz to force throws he normally wouldn’t. Rams win 27-13 and go 10-3 giving them their first double digit winning season since 2003.