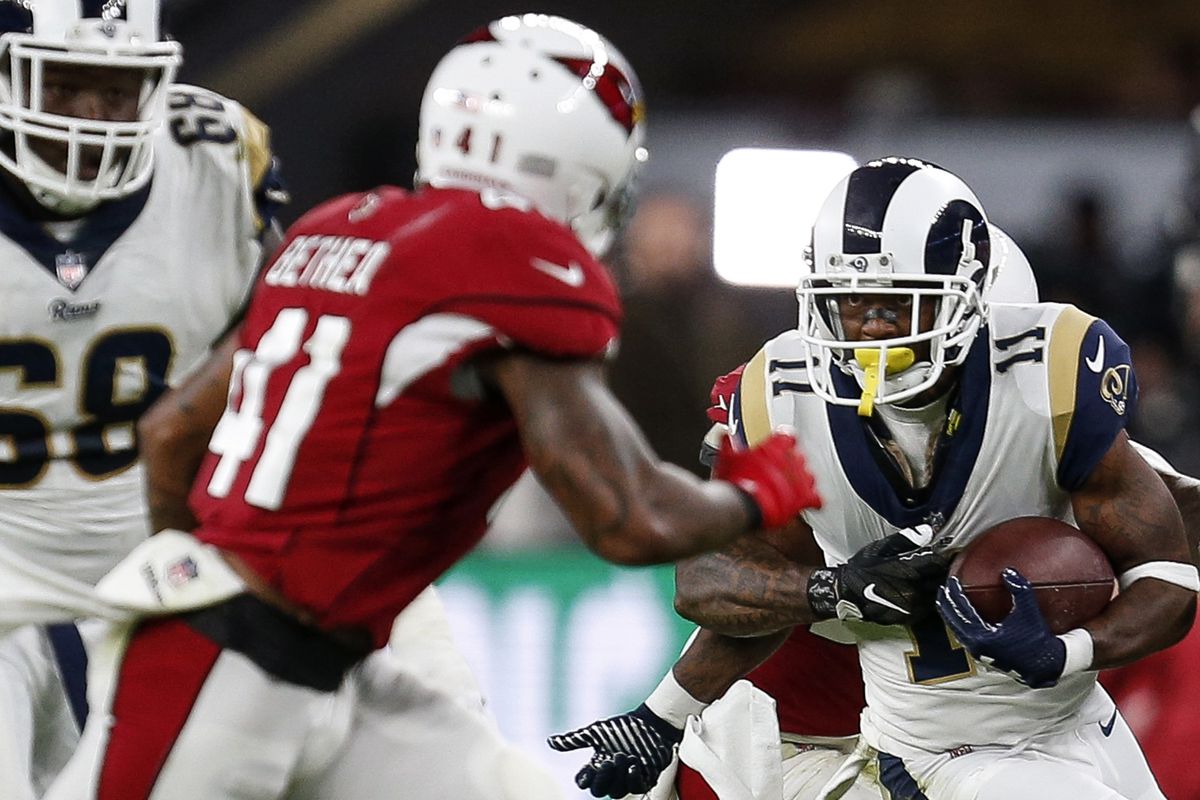 Today, the Rams traveled to the desert to crush the Cardinals with a 32-16 victory. The win brings the Rams to 9-3, securing the Rams’ first winning season since 2003.

The final score belies an ugly division victory. The Rams rushed out to a 16-0 lead after two Blaine Gabbert interceptions, including a pick-six by Alec Ogletree. After the first quarter, it looked like the Rams would repeat the shutout they inflicted upon the Cardinals in week 7, but the Cardinals found a way to make some offense with their backups, by focusing on the Rams most glaring weakness, the run defense.

In the second quarter, backup running back, Kerwynn Williams, found success running the ball to the left side of the formation for runs of 7, 10, 14, 9, and 7 yards on the same drive, to setup a short run for a touchdown. By gouging the defense with long runs, the Cardinals were able to open up the passing game and close the lead to 16-13 during the second quarter.

The most infuriating moment of the game was as the Rams drove down the field to close out the half. With 30 seconds remaining, two timeouts, and sitting at the Cardinals’ 10 yard line, the Rams failed to call a timeout. They were forced to kick a field goal as time expired in the half to extend the lead to 19-13, when they should have had opportunities to score a touchdown.

In the second half, the Rams special teams took over the game, with a 70-yard Hekker punt, and a field goal block to secure the victory. The Rams offense took short fields to put up points on an aggressive Cardinals defense to win. In the end, Blaine Gabbert was not capable of leading a comeback, absorbing six sacks.

Rams fans will hold their breath as Alec Ogletree, the leader of the Rams defense, left the game in the second quarter with a left elbow injury, and did not return.

Next week the Rams will have the week’s marquee match-up against the Philadelphia Eagles, as the first two picks in the 2016 NFL draft contend for dominion of the NFC.