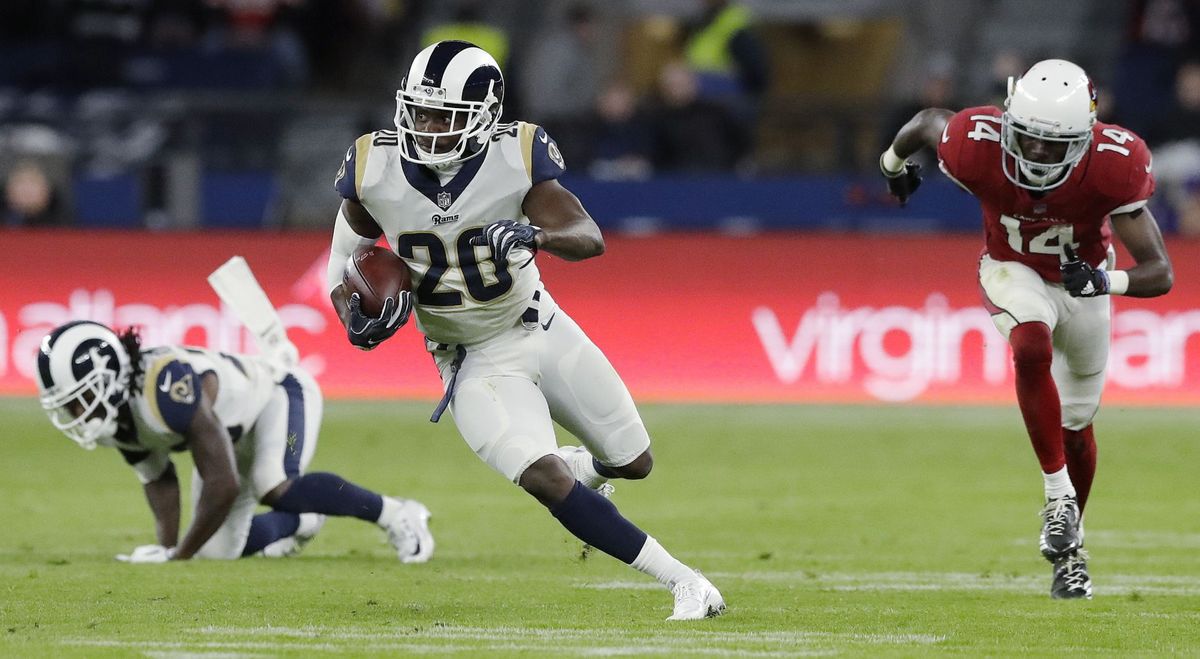 The Rams are headed into their “trap game” coming off an emotional victory against the New Orleans Saints. Can the Cardinals steal one at home?

It’s a big day today and while many Rams fans and maybe even the Rams players themselves are getting pumped up for what awaits them next week, they simply have to take care of business today in Arizona. I believe they will. The Cardinals are coming into this game off an emotional win in what you could call the “Blaine Gabbert Revenge Game” over the Jaguars. Plain and simple the Cardinals are still competitive as it stands which is crazy to think of.

The last time these two teams squared off it was in London at Twickenham Stadium and the Rams laid waste to Arizona 33-0 in an impressive shutout victory. Why should we expect any different? The Rams are rolling now and just beat the hottest team in football. One could make the crucial mistake of writing off the Rams after they were “blown out” in Minnesota but if you really look at that game it was for the taking early in the fourth quarter until they lost two out of their top three cornerbacks for the game. Well, in this one they are almost completely healthy and the Cardinals are simply the opposite.

As we know from the last time these two met the Rams knocked Carson Palmer out for the year so the Rams will likely see Blaine Gabbert who again, is coming off an emotional win against his former team. The Cardinals have found something in rookie converted TE Ricky Seals-Jones who is the cousin of Eric Dickerson. They obviously have Larry Fitzgerald and a handful of talent on defense but their offensive line is the big problem and it doesn’t bode well for them going up against the Rams feisty defense.

We now know that Adrian Peterson is a long shot to play today so that likely means that Kerwynn Williams will get the start followed by ex-Patriot RB D.J. Foster. Peterson was unable to get anything going in the last meeting so this might actually be a better match-up for the Cardinals as Williams has had success against the Rams defense in the past as well as a “Ram killer” John Brown the speed merchant wide-out has been ruled out for today. On the defensive side of the ball the Cardinals will also be without their converted linebacker Deone Bucannon and that is quite the blow for this team that really needs all the help they can get.

What can you expect in this one? I’m not buying the “trap game” talk, although it does make sense to think that. I think when you look at the Jacksonville Jaguars they have a tendency to play down to their weakest opponent. The Rams haven’t done that since moving on from Jeff Fisher and as a matter of fact they have completely dominated every bad team they have played this season. People might be a little too quick to go with the close win over Arizona because of last week but the Cardinals are shaky and don’t match-up well with the Rams plain and simple.

I think when you look at the Rams offense you can expect that three-headed monster of Sammy Watkins, Cooper Kupp and Josh Reynolds to get right back to it, you can expect Jared Goff to have another 300-plus yard game and Todd Gurley dominate like he did in his starting debut at the University of Phoenix stadium two years ago. One thing to also keep in mind is how encouraging the Rams defense is after the Saints game. The Saints in my mind have the best offensive line in football and everyone on the defensive front was able to just dominate them. Now, this week with the Rams acquiring more speed off the edge now with Connor Barwin out and Samson Ebukam in this offensive line is going to have to hold all game long as they are one of the leagues worst.

Rams 41, Cardinals 0 – They complete the sweep of two straight shutouts on the season and finish their two meetings with a total final score of 74-0.