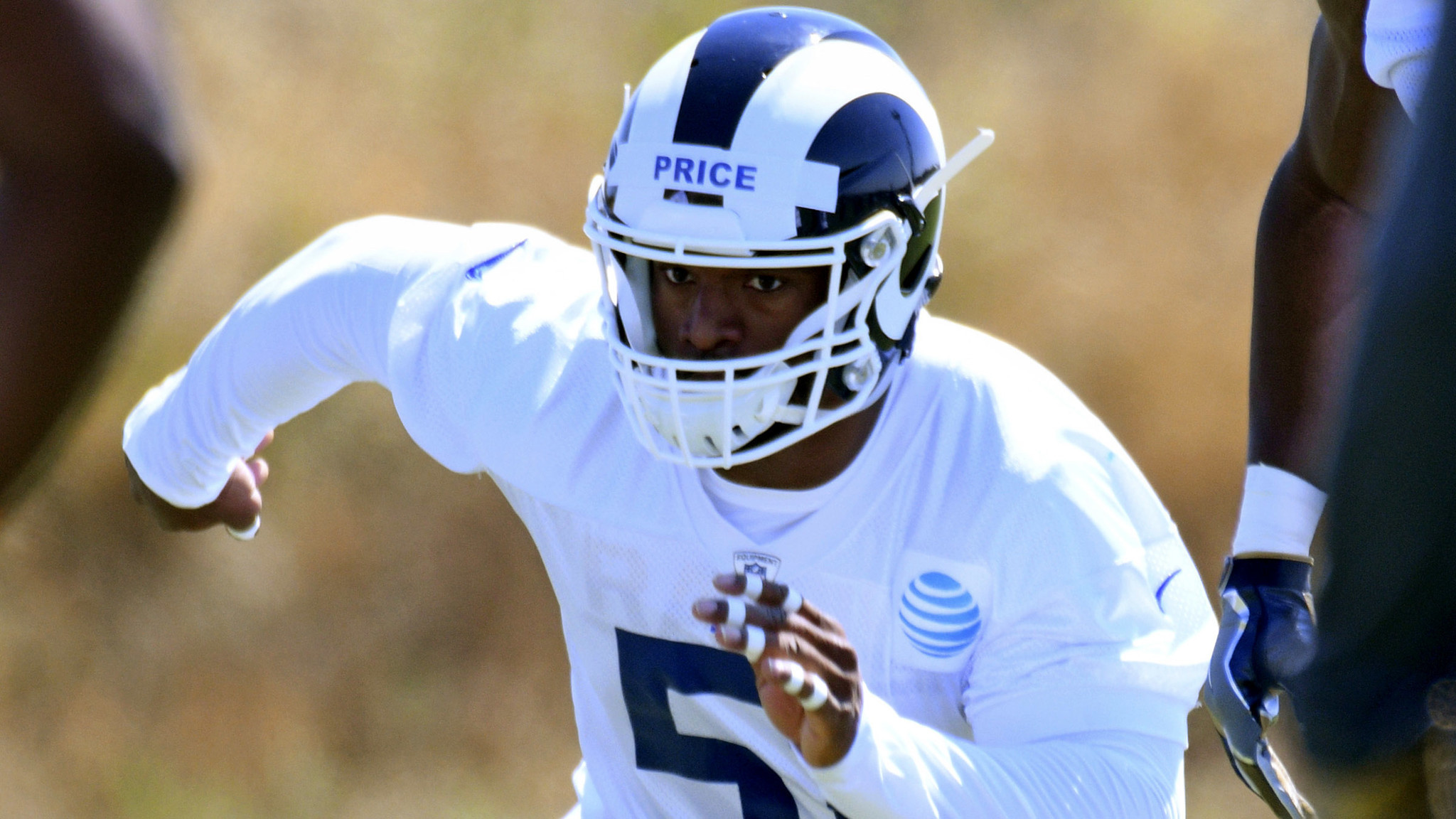 The Rams have made a roster move that may be a little surprising but it is not shocking.

The team announced today that they would promote OLB Carlos Thompson who was signed in free agency and has familiarity in Wade Phillips’ scheme. That in turn meant the Rams would unfortunately have to waive seventh-round pick who became quite the fan favorite Ejuan Price. The reason it’s not shocking however, is because Price really didn’t suit up much on game days and was unable to make the active list. Now, with Connor Barwin out the Rams would have had the opportunity to use him more and even then the team clearly wasn’t comfortable with it so Thompson will take that spot.

It really says a lot about Phillips’ trust in Thompson who coached him in 2015 but after he left the Texans waived. Thompson believe it or not didn’t play in 2016 so for Phillips to not only get the Rams to sign him but also get him on the active roster now late in the 2017 season shows that he trusts him and he’s likely improved and developed a lot by being on the practice squad and having a legitimate chance.

It’s unclear just how big of a role this player will have but it’s very interesting that the Rams basically held onto him this long even when he hadn’t played for a year up until preseason. Could he be a diamond in the rough? The Rams will likely need him at the outside linebacker spot after the season but at 25 years old who knows what Carlos Thompson can become.