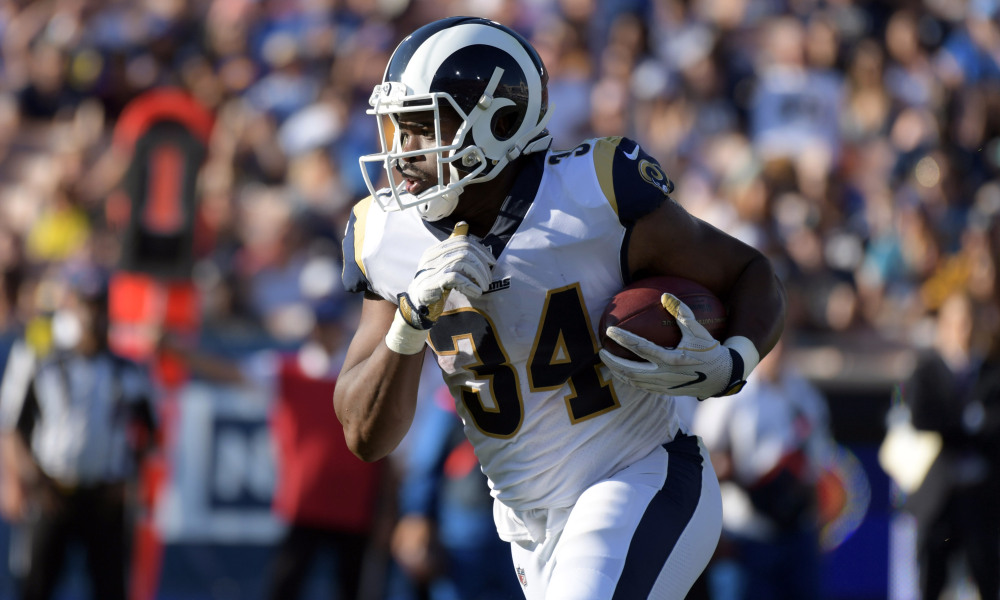 The Rams were thin at running back last week but this week that should simply not be the case. Malcolm Brown and Lance Dunbar should be ready to go this week according to Joe Curley and Head Coach Sean McVay.

The Rams last Sunday had to rely on just starting RB Todd Gurley and RB/WR Tavon Austin. It is clear that the Rams are not willing to give UDFA Justin Davis enough snaps to be the backup at this point in his young career so it’s a big deal that the Rams are getting both of these runners back. With Brown he adds that extra power to the run game that Gurley already possesses and has looked impressive in his limited snaps on the season. With Dunbar he adds the ability to receive the ball out of the backfield and with some of the shiftiness that a scat-back brings to the table.

Both of these guys coming back means the Rams won’t have to go out of their way to give Gurley a rest but having both of these players back is by no means just a backup plan. No, the Rams have roles for these two and with Dunbar he can be that change of pace weapon for Goff that the Rams really haven’t had all year. As we move into the tougher part of the Rams schedule you can’t dismiss anything like this because at the end of the day anyone that returns to the field will help.

Although Brown is back from an MCL injury and has had 37 carries for 138 yards and a touchdown on the year. From this point forward I would expect Dunbar to receive the bigger workload due to his abilities being scarce on this roster and the fact there is such a disparity between his pass-catching “scat-back” skills and everyone else.