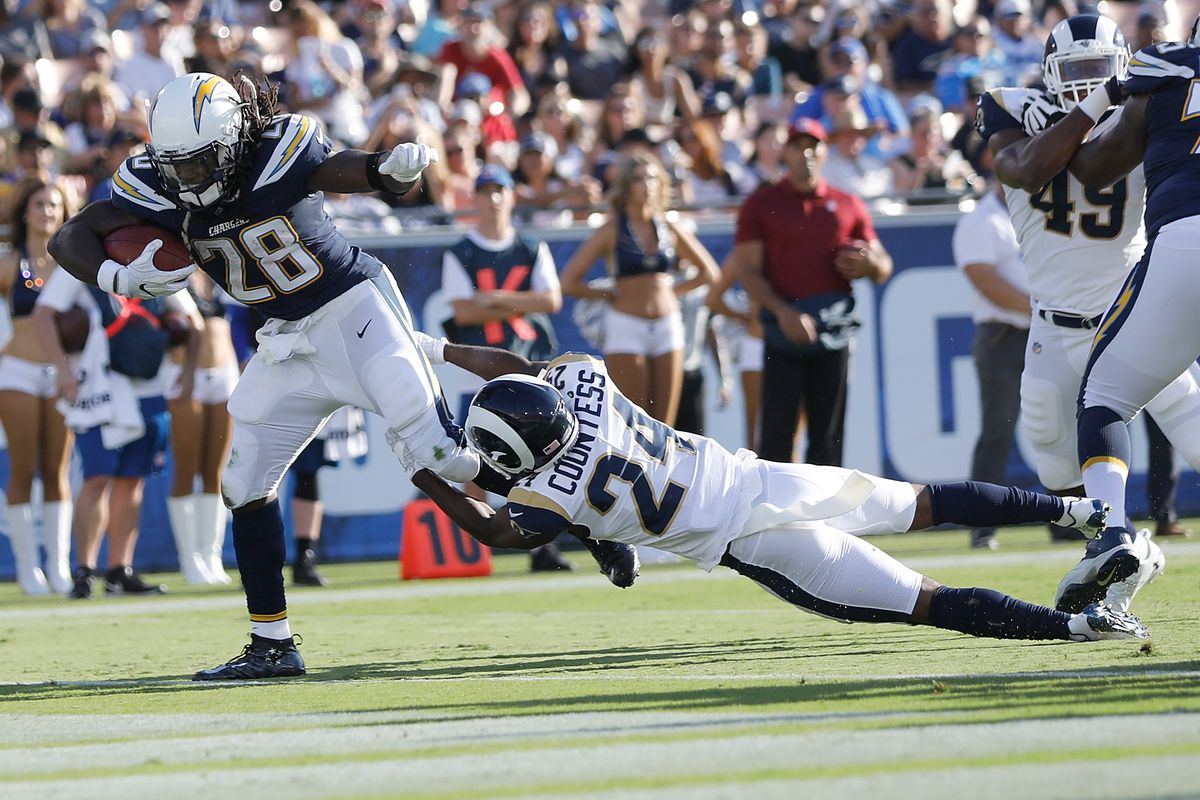 The Rams won last Sunday against a red-hot Saints team but during the game DB Blake Countess early in the fourth quarter put a hit on Saints TE Coby Fleener that will ultimately cost him some money.

Ian Rapoport is reporting that the NFL has fined Countess for his illegal hit on a defenseless receiver $24,309. Fleener was dealt a concussion due to this hit and actually stayed in the game until the Saints realized he should be taken out for precautionary measures. Countess does not have a history of doing this and while he does deserve the fine it wasn’t done with malicious intent or anything along those lines.

The game can get a little fast and while the audience can say how dumb the hit was at the end of the day Countess didn’t do it intentionally because there is no way he wanted to hurt his team with a 15-yard unnecessary roughness penalty, The hit gave the Saints a first down at the 40-yard line instead of being stuck with a 3rd-and-long play from their own 25-yard line. The Saints ultimately kicked a field goal on this drive which set up their desperation comeback bid towards the end.