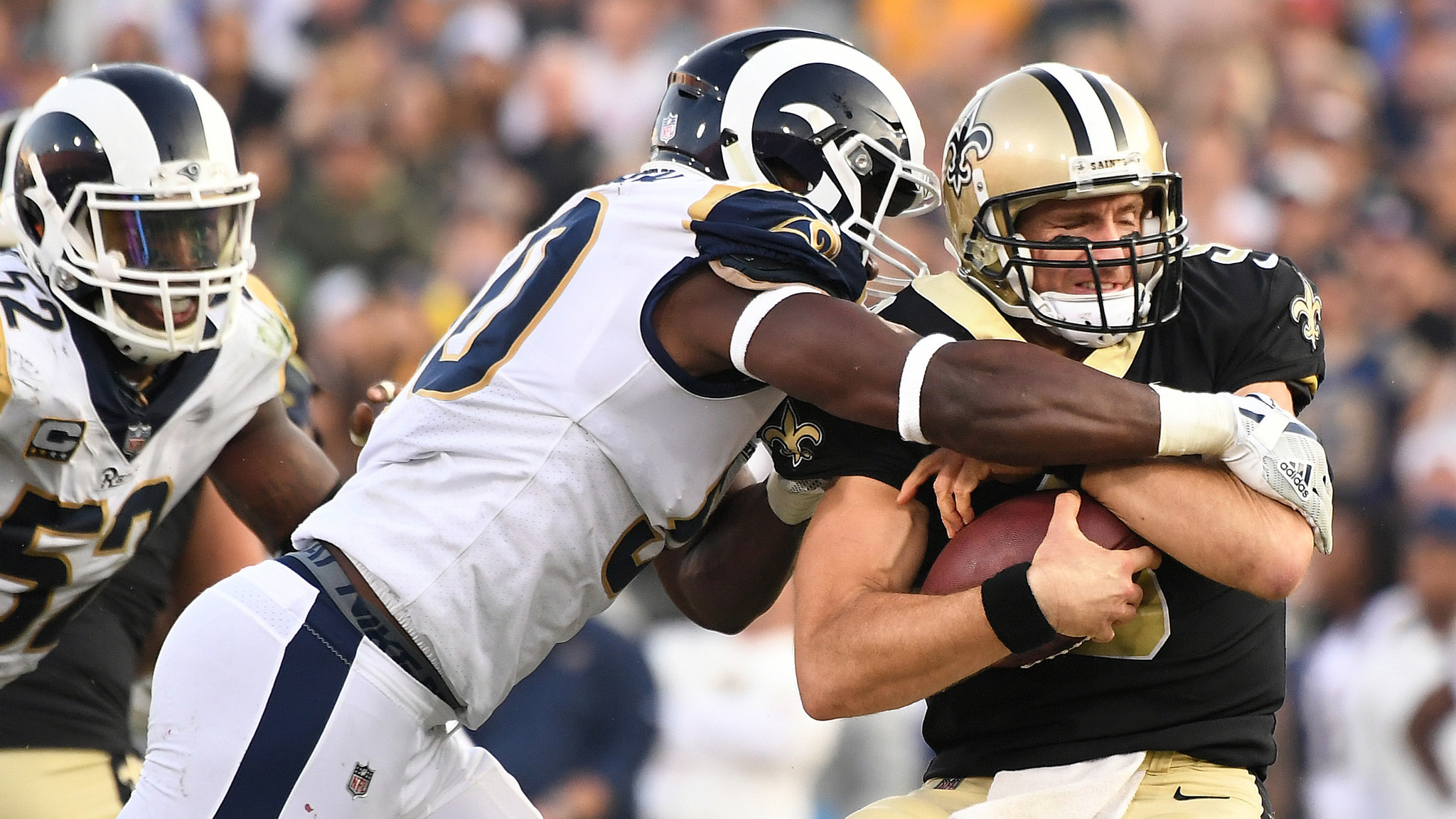 The Rams got the win Sunday and some unfortunate news that they will be without their veteran linebacker Connor Barwin the next couple of weeks due to a broken bone in his forearm.

Barwin will likely be back after the Eagles game as the Rams make their push towards the playoffs. Without the veteran the Rams will deploy rookie linebacker Samson Ebukam who they traded up to draft in the fourth round of this past NFL draft. Ebukam is obviously ready for the challenge seeing as he made an impact when he came on the field after Barwin went down and has shown flashes of why the Rams drafted him throughout this season. If anything with this move the Rams probably have the better player at this point. Barwin is a great presence in the locker room but he is a shell of what he once was. Now Ebukam adds that youthful exuberance to the defense and not too much his speed and overall athleticism that will be a godsend on the edge.

Ebukam has 15 tackles, two sacks and a forced fumble in limited time this year. The Rams are going to be able to do just what they did this past Sunday with Reynolds, and that is finding out what Ebukam can bring to the table moving forward this year. If by some means the Rams found that Ebukam would be unable to contribute much this season it wouldn’t be back-breaking it would just let them know it will take longer than one year but after the performance Reynolds had clearly he gave the Rams a reason to be optimistic when his number has called. Now with Ebukam starting the game you have to imagine the same thing is coming. It’s important for the Rams to find out what they have for this season because unless you have been living under a rock, this is indeed a bonafide contender. The more the Rams find out about their young rookies the better moving forward against the juggernauts like the Eagles, Vikings, Steelers and Patriots who they could possibly play late in January and into February depending on where this team ends up.

So in conclusion, the Connor Barwin injury quite honestly is disappointing because it’s an injury and he’s a leader but let’s not weep over the idea of seeing more playing time out of Samson Ebukam because this kid already looks like a future starter for the long-term.