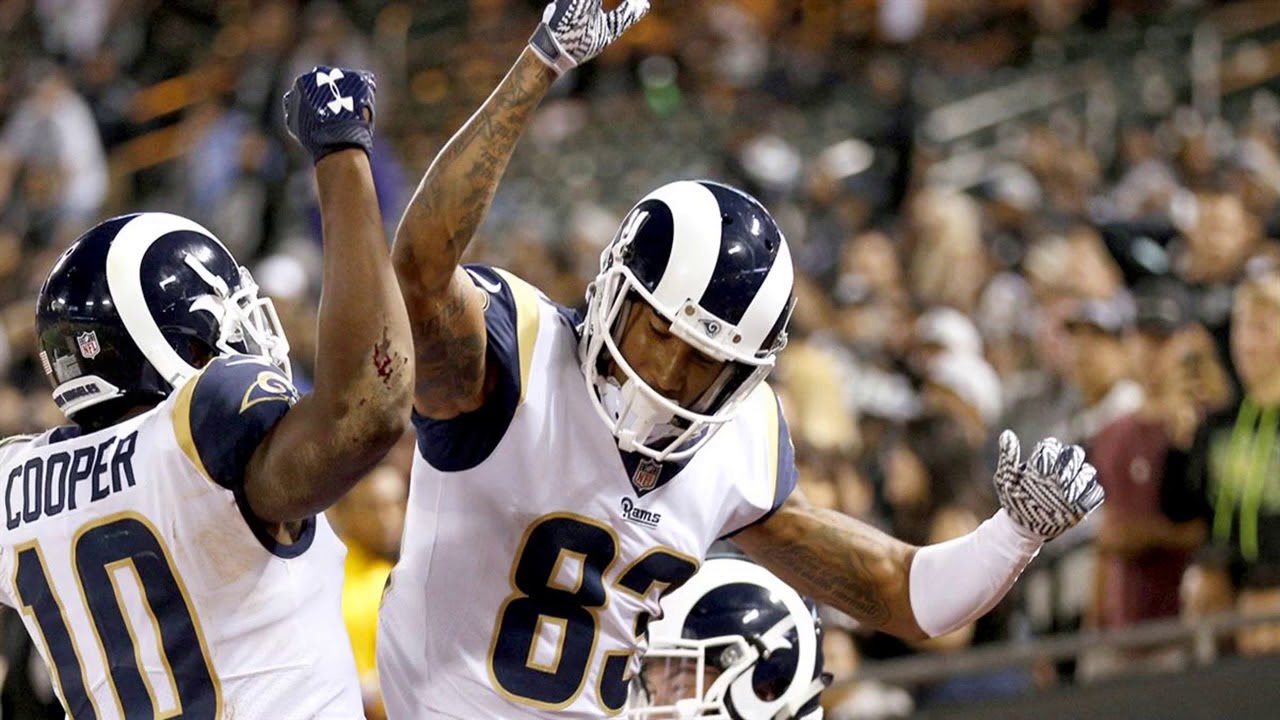 The Rams selected three receiving weapons in three out of the first four picks of the 2017 NFL draft for Jared Goff. One of them has barely even had a chance yet to perform.

Josh Reynolds, you may know him as the monster wide receiver that stands at 6-foot-3 and looks like a toothpick from Texas A&M. Unfortunately, that has been it for Reynolds since he hasn’t really been able to muster anything in his rookie year. Part of that could be due to the fact the Rams drafted fellow rookie receiver Cooper Kupp ahead of him while also trading for Sammy Watkins right before the season. Reynolds has been buried at the bottom of the depth chart but as we have learned quickly with this league, anything can happen.

Unfortunately, the loss of Robert Woods in last week’s game was what it took to be able to give Reynolds an opportunity. While Cooper Kupp is expected to get the start next to Watkins, I would key in on number 83 Reynolds. He only has one catch the entire year that came from a fake punt and went for 28 yards but Reynolds will now have an opportunity to feast in a high-powered Rams offense that likes to go vertical and more importantly feast against a depleted Saints cornerback group that is missing two of their starters.

If you haven’t kept track Reynolds is the tallest wide receiver on the Rams roster. Because of his height he is going to be a target that will give Goff a little more margin for error than others will because of his frame. Whether the Rams decide to use Reynolds in the slot or on the outside this is the ultimate opportunity for the Rams to see what they have out of Reynolds. What could be the case is that the Rams call his number and come to find he simply isn’t ready to play in meaningful situations this early in his career which is fine. However, they could find a fourth vital weapon in the receiver core that would allow the Rams to really open things up when Woods returns. It’s no secret the Rams use only three receivers the majority of the game so if Reynolds emerged today that would make things difficult for future opponents.

One thing worth mentioning about Reynolds? Vinny Bonsignore tweeted this out pregame:

I’m not about to call Vinny the Oracle even though he is great at what he does but it is worth noting that Goff is working with Reynolds. Sean McVay did mention that the team will use the receiver-by-committee approach without Woods but the fact is this. If Reynolds can play the position he is going to be a mismatch to just about anyone. Without Marshon Lattimore out there running a 4.3 there won’t be much for the Saints to do to stop him. Forget about receiving a bit because the Rams lost something big when they lost Woods. They lost a great blocker which will affect the running game. However, with Reynolds we saw on the Todd Gurley touchdown reception in Dallas that the kid can block. Reynolds’ physicality and ability to block could make him McVay’s go-to guy as the third receiver today. Obviously we should see a competition as the Rams do have talented receivers Mike Thomas, Pharoh Cooper and Tavon Austin but we can probably expect Austin to simply have a role backing up Gurley and being the change of pace in the running game.

Bottom line is it’s now or likely next year for Josh Reynolds. You aren’t going to get an opportunity to play against a secondary missing two really talented corners and a lack of depth. It’s time for the Rams to give Reynolds the chance and it’s time for Reynolds to prove himself with that chance. We will see since that’s what Sunday’s are all about but you could call me an optimist on Reynolds making a big impact in today’s pivotal in conference game that could have serious playoff implications. Oh and yes I am starting Reynolds on my fantasy team as a flex. Take that how you will…