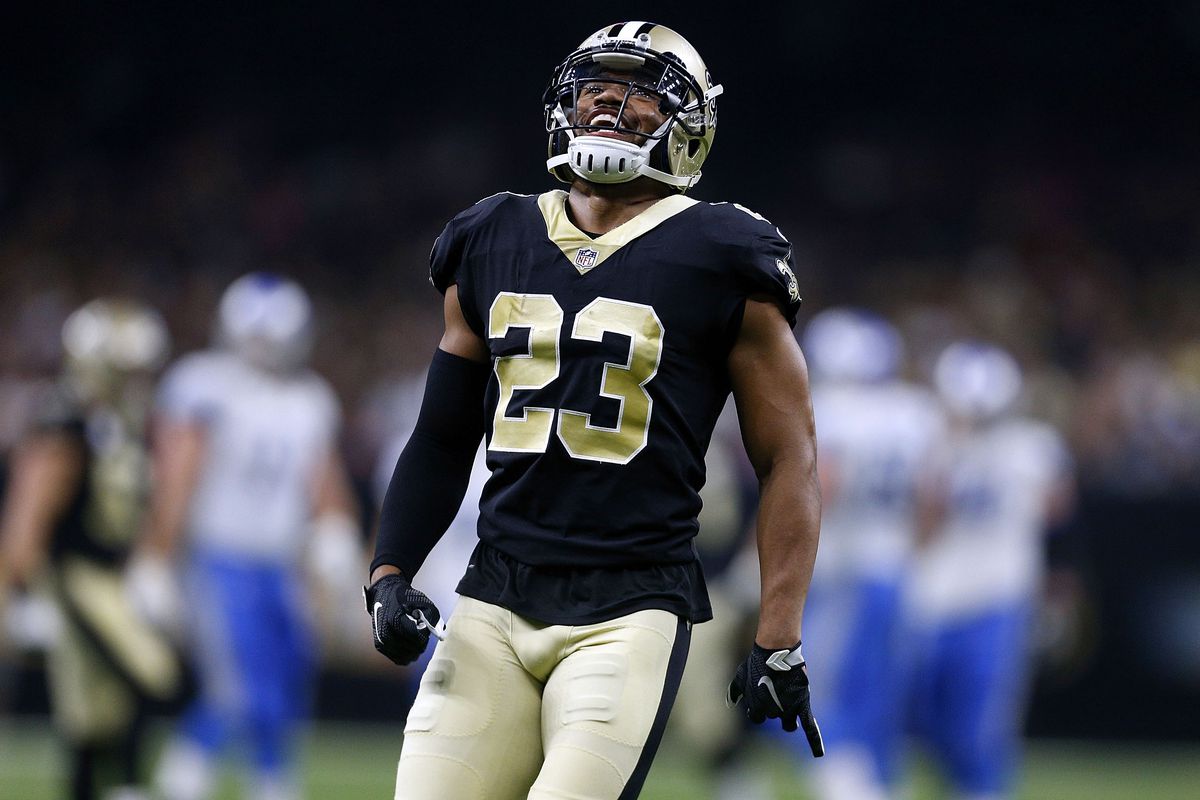 We talked about the Rams injuries at the cornerback position but now the Saints have ruled their two top cornerbacks including rookie sensation Marshon Lattimore out for this Sunday’s pivotal match-up against the Los Angeles Rams.

Lattimore has played like a top five corner in all of football and the other corner that was ruled out in Ken Crawley has played like a legitimate starting caliber cornerback. The Saints are riding an eight-game winning streak but this Sunday it will be a tough test against a Rams team that didn’t come off a comeback thrilling victory like the Saints just did. Instead, the Saints will be facing what is likely to be a pissed off Rams team that may have received a dose of reality at the hands of the Minnesota Vikings on the road. Now with the Rams coming home  and just announcing that their top two cornerback Kayvon Webster will play the odds start to favor the Rams a bit.

Lattimore’s ankle injury was enough to hold him out of Sunday’s game and with the Saints sitting at 8-2 they clearly do not want to risk losing him for the season. Crawley has an abdomen injury that clearly the Saints just didn’t want to chance. With these two out the Saints defense that has been sharp this season and surprisingly dominant at times will have to completely switch up their usual game plan. Lattimore and Crawley’s ability allow the Saints to do more up front and get creative with their pass rush. Now, against an offensive line that has surprisingly been pretty good out in Los Angeles the Saints will need to do much more to stop what is now the second highest scoring offense in the league.

This, by no means does it guarantee a win for the Rams but to say it helps would be an understatement with the way Lattimore and Crawley have played all season long. Expected to fill in this week are defensive backs P.J. Williams, De’Vante Harris and Vonn Bell.